It's a repeat of last year's All-Ireland semi-final pairings with Kilkenny to take on Cork while Galway face Tipperary.

Last year, Kilkenny and Galway advanced to set up a second successive final but the Munster duo will surely have other ideas next Sunday, when the All-Ireland semi-finals go to Croke Park for a double header.

There were two quarter finals in Páirc Uí Chaoimh on Saturday, with reports below from Daragh Ó Conchúir.

END_OF_DOCUMENT_TOKEN_TO_BE_REPLACED

It is a fourth straight defeat for the Déise girls at this stage of the competition and though they were extremely competitive in the first half, albeit playing with the wind, they just could not get their speedy attackers into the play in the latter period.

Of course their hopes received a real blow ever before a sliotar was thrown in when it was announced that their talisman, leading scorer and multiple All-Star Beth Carton would not be togging out due to a hamstring injury, suffered during the warm-up of the final group game against Cork three weeks ago.

Niamh Rockett took over freetaking duties to good effect and had three points in that opening period, including a fantastic score from play, but it was the pace of former underage basketball star that really discomfited the Tipp defence in that period, the De La Salle flier grabbing two points.

Things might have been even better for Waterford but for a sensational block by Mary Ryan, who came from a different post code to deny Shona Curran what seemed a certain goal. 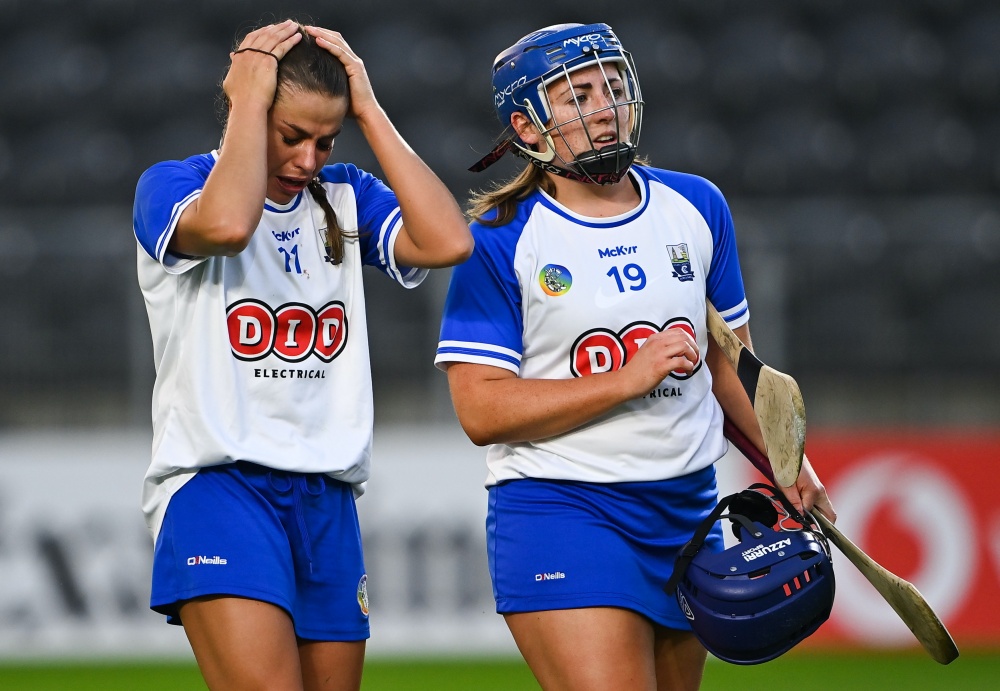 END_OF_DOCUMENT_TOKEN_TO_BE_REPLACED

The long-serving Moneygall defender had to depart the fray with an injury early in the first half, and was seen getting treatment on her elbow and a strapping on her upper leg. Tipp will need her in next week’s semi-final.

Cáit Devane converted four of her seven points from frees in that first half but Róisín Howard’s brace from full-forward were crucial in the overall context of the game, Ereena Fryday and Orla O’Dwyer also getting on target in that first half.

One felt that the Premier outfit had more scope for improvement and they found it, stepping up another level, a level Waterford couldn’t match.

Aoife McGrath and Fryday were monumental around the middle third. It is an indication of their progress as a unit that five of the six forwards got on the scoresheet, Emer McGrath and Clodagh McIntyre firing second-half braces. 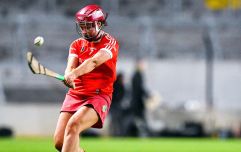 END_OF_DOCUMENT_TOKEN_TO_BE_REPLACED

This used to be an Achilles heel, with Tipp having an over-reliance on Devane but now the Clonoulty-Rossmore colossus can draw defenders and lay ball off, and there is still a positive outcome for her side.

Howard’s workrate when she ventured out the field was phenomenal as Tipp hit five points in a row after a Rockett point from a free had brought the teams level on 0-9 apiece, the highlights being two tremendous points by Fryday and Emer McGrath.

That broke the Waterford resistance and it is Tipp that move forward to the final four.

Kilkenny turned Wexford’s dream All-Ireland quarter final day into a nightmare, as they inflicted a harsh lesson with a ruthless first-half exhibition on the way to a comfortable All-Ireland senior camogie semi-final triumph

The All-Ireland champions were fantastic in the opening into a very strong wind and there was no doubt about the result as the teams went off at the break with the scoreboard reading 2-13 to 0-6.

Kevin Tattan will be delighted with how his charges improved their intent in the third quarter, a period in which they outscored their vaunted opponents into the stiffening elements by six points to five.

There’s a fair chance Brian Dowling wasn’t however, and one imagines he made that known at the second water break, after which the Walsh sisters Grace and Miriam sent over brilliant points from either flank.

But Wexford stuck to their task, Leah Walsh splitting the posts from wide on the left within seconds of coming on and the deadly accurate Foxe converting her seventh placed ball but a goal from distance by Denise Gaule after an error by goalie Laura Brennan, who had made one splendid save from Steffi Fitzgerald in the first half.

At the other end of the field, Aoife Norris made a smart stop from Ciara O’Connor but then substitute Katrina Parrock, a four-time All-Ireland winner from Wexford’s halcyon days, got the final touch to a Walsh delivery for a goal that the Yellowbellies’ second-half efforts deserved.

The game ended on a low note for Kilkenny, when Miriam Bambrick was sent off on a straight red card, following an apparent off-the-ball altercation with Foxe.

Wexford had needed to avail of every goal opportunity and they did create a couple of half chances in the first half, but the marvellous Davina Tobin snuffed both out, blocking one shot and then getting in a tremendous hook on Chloe Foxe.

It was far too easy for Kilkenny though, as even though Wexford were able to start Sarah O’Connor after a long absence through a knee injury and attempted to provide extra defensive cover, the Noresiders found space with ease.

They were accurate and sharp with their passing and with runners arriving from everywhere, created countless opportunities that they availed of with ease.

Wexford didn’t help themselves though, conceding a third minute goal to Aoife Doyle, after Brennan had batted out a Gaule free.

Katie Nolan hit three points in that opening period and Mary O’Connell 1-2, taking a pass from the returning Katie Power, holding off a Sarah Harding Kenny challenge and driving to the roof of the net.

The loss of Kellyann Doyle with an apparent shoulder injury will be a concern for the semi-final as the Piltown speedster looked in a lot of pain but it wasn’t an issue on this occasion as with all six forwards on the board, they were in cruise control.

Ciara and Sarah O’Connor fired  over two outstanding points for Wexford while Foxe was unerring from placed balls.

You feared for Wexford in the second half and that they avoided the annihilation that seemed on the cards is to their credit. But Kilkenny move onwards and upwards.


popular
The FootballJOE Pub Quiz: Week 11
Man United's tactical issues summed up in six shocking screenshots
O'Hora and Keegan hammer into each other, both of them only revelling in it
Manchester United players 'lose faith' in Solskjaer after Liverpool pasting
McBrearty has dramatic equaliser ruled out as Naomh Conaill win Donegal grudge game
Jesse Lingard seeks to clear up what United fan shouted when he was warming up
Paul Scholes rips into Pogba after disgraceful performance vs Liverpool
You may also like
4 months ago
Aoife Doyle scores a goal so good that you'll have to watch it twice
4 months ago
"You’d be blessed to play anywhere on the field" - Teehan taking her chance
4 months ago
After watching a game of hurling, Padraig Walsh finds it hard to sit down and watch anything else
4 months ago
McGrath and O'Connell the stand-outs as Camogie League gets down to it
10 months ago
Doyle's remarkable comeback story epitomises spirited Kilkenny triumph
10 months ago
Gaule and Dalton inspire Kilkenny to a famous win
Next Page