Down with this sort of thing.

This is the ugly side of cheerleading* that you don't see. 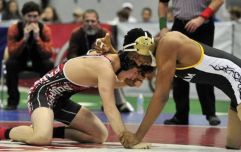 VIDEO: The undefeated high school wrestling champion with no legs

END_OF_DOCUMENT_TOKEN_TO_BE_REPLACED

Anyone who knows anything (about Friday Night Lights) will know that they are serious about their High School football in Texas.

We just didn't know they were that serious about the dancing. 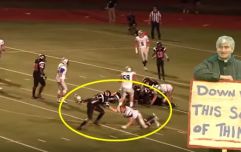 VIDEO: High School player taken to hospital after helmet is pulled off and bashed over his head

END_OF_DOCUMENT_TOKEN_TO_BE_REPLACED

An impromptu dance-off between the two schools had just too much attitude than one football field could muster. Dirty looks, hair-flicks, turned backs all bubbled over very quickly when one girl had her hair lifted and flung over her head.

Won't someone think of the children?

But everyone bloody well knows that impromptu dance-offs are not in the rules, for God's sake. 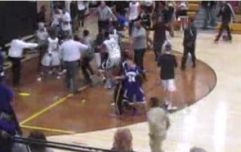 END_OF_DOCUMENT_TOKEN_TO_BE_REPLACED

The brawl got that serious - with members of the crowd jumping in - that Fox News were on the scene and ran a full exposé about the scandal that is sweeping south America.

And they even had a mother in speaking on behalf of her daughter - who first had her hair flicked. Albeit, saying things like, "I immediately leapt over the rail and ran on to the field."

When the melee got out of hand though and adults were appearing as part of the chaos, then there was cause for concern but, thankfully, there were no reported injuries from the brawl.