VIDEO: The undefeated high school wrestling champion with no legs

18 years of age, from Alabama, a perfect wrestling record.

Hawthorne is the new state wrestling champion after a 37-win season and his story is inspiring the world.

END_OF_DOCUMENT_TOKEN_TO_BE_REPLACED

A double amputee, the Huntsville native had his feet and legs amputated at the knees at just four months old because of a rare condition called tibial hememelia, which meant he was born without shins.

His parents made the decision to amputate his legs to give him the best possible chance of walking with prosthetic limbs when he grew older and the teenager hasn't let anything hold him back since.

Hawthorne's arms would be in proportion with a body standing at the size of 6'5". But having no legs, of course, doesn't lend itself to any kind of advantage in wrestling.

"It’s harder for him to get off his back than for other wrestlers,” his dad Demond told the Alabama Newscenter. "No matter who he’s wrestling, all it takes is one mistake and that can be it." 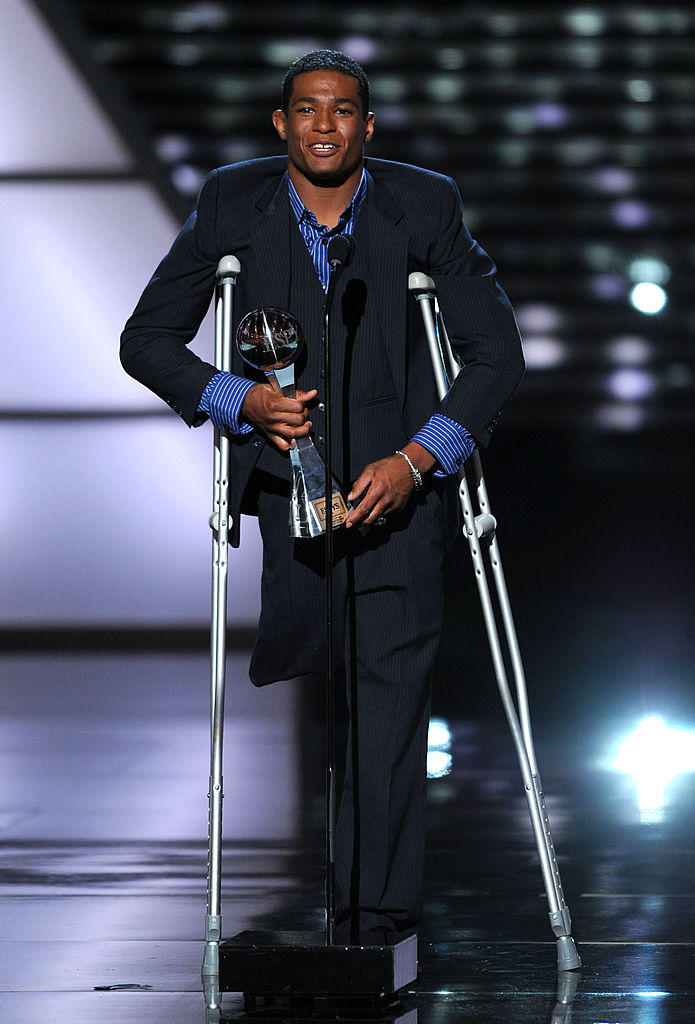 Anthony Robles won the NCAA wrestling championship in 2011 and he did it with just one leg. Hasaan Hawthorne's story is equally as incredible.


popular
Roy Keane shows great comic timing after Jack Grealish party invite
Cutting through the contradictions from one of the worst television segments of the year
France the sore losers as Ireland Men reach first ever Sevens World Series final
Kilkenny corner back does what every defender is supposed to do to win All-Ireland under-20
"I don't want to stick the knife in" - Are Leinster in Munster's heads?
Footage captures the moment Mo Salah discovered Manchester City were winning
Ralf Rangnick nicknamed 'specs' and subject to 'bully behaviour' at Man Utd
You may also like
9 months ago
CM Punk makes sensational return to wrestling after seven year absence
2 years ago
Ben Askren on getting the opportunity of a life-time... after he retired
5 years ago
WATCH: Mongolian wrestling coaches strip in protest to judges' decision
6 years ago
Hulk Hogan awarded an absolute fortune in lawsuit over sex tape
6 years ago
VIDEO: The Rock wants to 'make history' on his comeback to Wrestlemania
6 years ago
VIDEO: Nigel Owens got an unexpected shout-out on WWE Raw
Next Page