"ROG has a massive mansion up there - 12 bedrooms, for all of his kids!" - Will Skelton

Will Skelton smiles as he recalls the sea-food fare laid out for himself and his wife, Kate Gardiner, when the couple met the president of Stade Rochelais to discuss a potential move.

Skelton headed to La Rochelle in 2020 after trophy-winning stints at the Waratahs (2014 Super Rugby) and Saracens (two Premierships and two European Cups). The Wallabies lock was already looking to make a switch from Saracens but the lunch-time spread of oysters, prawns, langoustines, and more was the clincher.

"It's right by the water, has great produce, and the town absolutely adores rugby. They love rugby! You just see those yellow and black flags everywhere.

"Everywhere you want to go is so close and it's summer all the time. You get beautiful weather, and that was one of the things that attracted us. The weather is not that far off England, you just get way more sun."

"Everyone is close by," he adds. "Whenever there is a barbecue, it's not far to get to... there's also an island off the mainland, called Île de Ré. A few of the boys live there. ROG [Ronan O'Gara] lives there. He's got a massive mansion up there - 12 bedrooms, for all of his kids."

END_OF_DOCUMENT_TOKEN_TO_BE_REPLACED

He briefly keeps that face straight as he tries to sneak a gag by about his coach - O'Gara has just the five children - before breaking out in a big grin. "No. I'm kidding!"

The Australia lock, who was born and raised in Auckland until he was 10, played 25 times for La Rochelle in his first full season, as Jono Gibbes and O'Gara led the club to the finals of the Top 14 and European Cup. Toulouse beat them in both, but Skelton was convinced the club was on a winning track, and even more so when O'Gara fully took the reins from Clermont-bound Gibbes.

END_OF_DOCUMENT_TOKEN_TO_BE_REPLACED

The following season would end in European glory, for Skelton & Co., but it would also end with the 30-year-old back in the green and gold of the Wallabies, after more than four years off the Test scene.

In an interview that features on the latest House of Rugby [LISTEN from 20:00 below], Will Skelton spoke about his excitement at hopefully representing Australia, in France, at the 2023 World Cup, winning the Champions Cup for a third time, and playing as 98/100 Ronan O'Gara on an old Playstation 2 game. 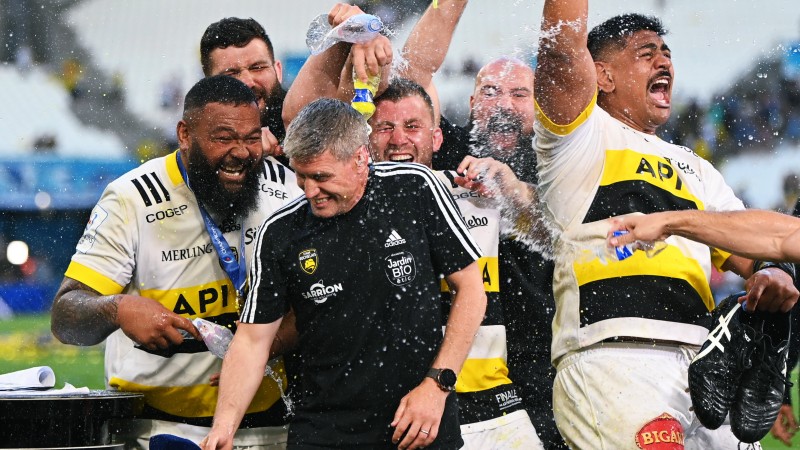 La Rochelle players, including Uini Antonio and Will Skelton, celebrate with their head coach Ronan O'Gara, second from left, after the Heineken Champions Cup Final, in May 2022. (Photo by Harry Murphy/Sportsfile)

Will Skelton on being 'ROG' on the Playstation

END_OF_DOCUMENT_TOKEN_TO_BE_REPLACED

Now into his third season with Stade Rochelais, based in the coastal French town of La Rochelle, Will Skelton is a man completely in tune with his surroundings.

Talk to any of the playing squad and both he and prop Uini Antonio are quickly identified as the jokers of the team - the lads that keep the spirits up and gel everyone together. Skelton goes one further than Antonio, too. Winger Dillyn Leyds reveals he is the 'baker' of the team, and always brings along treats after the captain's runs.

Laughing as his hitherto well-kept secret is shared back to him, Skelton explains:

"Yeah, I bake the boys some treats for the home game captain's runs. I like to bake. I rotate it, so a banana bread or a cookie, something like that. Little muffins."

"The French," he adds, "they eat well, mate. They eat really well. Their palate is right up there! I thought England had good food, but when they go over there, they hate eating in England. It's ridiculous. The only food they eat there is Nandos."

Aside from being the squad's unofficial baker of sweet treats, Skelton is one of the big gamers and runs the rule over match-ups on classic, throw-back computer consoles.

"We've still got that Playstation 2," he confirms. "We've just brought it out again. One of the boys has brought the adapter back, for it, so we've all jumped on.

"Ultan [Dillane] is a pretty good gamer, so he's come in with his PS4 to play. So we've had to then put the PS2 back away, with ROG's 98-star rating!"

"Everyone that likes rugby would always love a regular rugby game [for the Playstation], like Fifa, every year. It must be a money thing or EA [Sports] not seeing much value in it, but I know I would definitely be it." 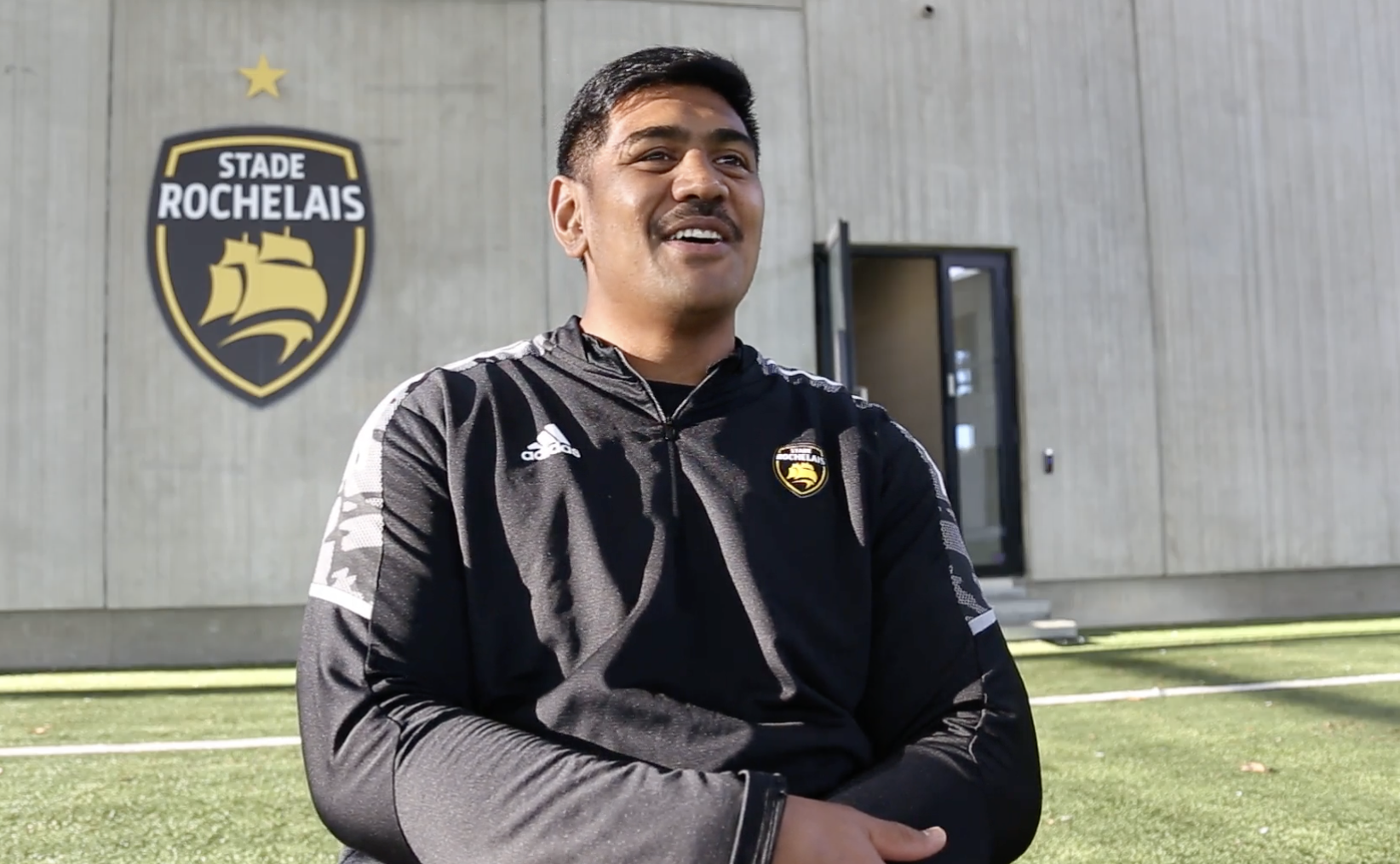 Will Skelton on World Cup dreams

When it came crunch-time in La Rochelle's 2021/22 season, Will Skelton was battling to get back after some calf issues.

He helped his club to the quarter final of the European Cup then scored a try against Perpignan in the league, before his leg flared up. He was out of action for four weeks but returned to play 15 minutes, off the bench, against Stade Francais, as a way of proving his fitness for a European showdown, in Marseille, against a heavily fancied Leinster side.

"It was a small calf tear but I had been forecast to be out four weeks... I just managed to get it right and we capped it at 15 minutes against Stade Francais. I didn't even warm-up with the team. I stayed inside the dressing room when the boys were warming up. The talk was, 'If someone gets injured, we're going to play with 14, until that last 15 minutes of the game'.

"I was very rusty in that Stade game; I felt horrendous. I just about did all right, against Leinster, but the lungs got a hammering. It was tough, but it's a Champions Cup final; you've just got to step up. I'd had a fuller week of training, though, and it was all good, and we were lucky enough to get the win again."

Slated to face off against Ulster in the Champions Cup pool stages, this season, Skelton is tracking Leinster, too, and believes they've got 'a top player' in South African lock, Jason Jenkins. Asked if Leinster have Skelton-proofed themselves, the lock jokes, "I wouldn't say that. Leinster are going to be all right!"

The French side will be chasing silverware on both fronts again, this season, but Skelton also has some international commitments. A change in selection policy from Rugby Australia, following the last World Cup, has allowed the Wallabies to select some senior pros that play abroad.

After last lining out for Australia in 2016, Skelton made his Test return in November 2021. He did not feature in this year's Rugby Championship, due to club commitments, but is back in their squad for the Autumn Nations Series, and featured in the France and Italy games. He will hope to feature against Ireland, this weekend.

Now that he is well established, and well fed, in the West of France, we ask if that only heightens his anticipation for the 2023 World Cup being held there.

"Oh yeah, that's obviously the goal," he says. "They way the rules are now, you just want to be playing good footy, and that starts here at La Rochelle - play week-in, week-out and improving as a player. If I'm playing well, hopefully I can get selected."


popular
Roy Keane reacts to Brazil's jubilant celebrations in first half demolition job
World Cup 2022 Day 16: All the major action and talking points
Portugal boss could strip Cristiano Ronaldo of captaincy
Roy Keane handled Gary Neville’s goal celebration as most Irish fans would
Rory McIlroy explains 'falling out' with Shane Lowry that lasted a few years
Roy Keane cracks up ITV pundits with description of Senegal supporters
Didi Hamann thought Brazil substitution was "disrespectful" to South Korea
You may also like
3 days ago
Shay Given on how far Ireland could've gone at the 2002 World Cup with Roy Keane in the team
4 days ago
From Ireland to Argentina: Alexis Mac Allister's Irish roots explained
1 week ago
Former England international admits he wishes he had played for Ireland
2 weeks ago
Two baffling omissions as four Ireland stars make World Rugby 'Dream Team' of the Year
2 weeks ago
Josh van der Flier claims World Rugby Player of the Year at Monaco ceremony
2 weeks ago
"Highlight of my Ireland career" - Behind the scenes as Jack Crowley and Ross Byrne covered for a legend
Next Page