The Six Nations trophy is back in the cupboard, with all eyes now on Champions Cup.

We've learned in the last month that Bath's young stars are not one hit wonders, with Jonathan Joseph, Anthony Watson and George Ford all looking like the real deal at rugby's top table.

Things did not go their way when they visited the Aviva Stadium last month, and they'll be returning this Saturday looking for revenge on plenty of the players that plotted their downfall in the Six Nations.

END_OF_DOCUMENT_TOKEN_TO_BE_REPLACED

There are several areas that areas that Leinster must pinpoint if they are to tame the Premiership side, and we've picked out three key men who could play a big part in Matt O'Connor's side making it to the last four.

The best loose-head in the world against the third best tight-head in Bath. With English Internationals David Wilson and Henry Thomas both ruled out with injury, it looks like being 24-year-old Kane Palma-Newport who will start with the number three on his back, and he could be in for a rough ride against Healy, who looked back to his best for Ireland against Scotland two weeks ago.

The Bath scrum was a real weapon in their defeat of Glasgow to make it to the last eight of the competition, but Palma-Newport had no involvement that day, such is the extent of Bath's injuries at tight-head. While the experienced Paul James is expected to feature on his return from injury at loose-head, Palma-Newport's inexperience is something that must be targeted from the opening scrum. 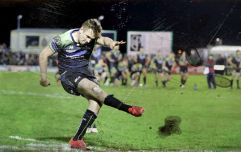 END_OF_DOCUMENT_TOKEN_TO_BE_REPLACED

Leinster fans know all to well how valuable a destructive scrum can be after their defeats to Harlequins in the back-to-back fixtures in December, and they can inflict some damage of their own at scrum-time this weekend.

As we saw against Scotland, two weeks ago, Healy gave Geoff Cross all sorts of bother, especially in the first half at Murrayfield.

In this early scrum, we can see how he remains straight, square and low against Cross, forcing his opponent to drop to his knees and collapse. 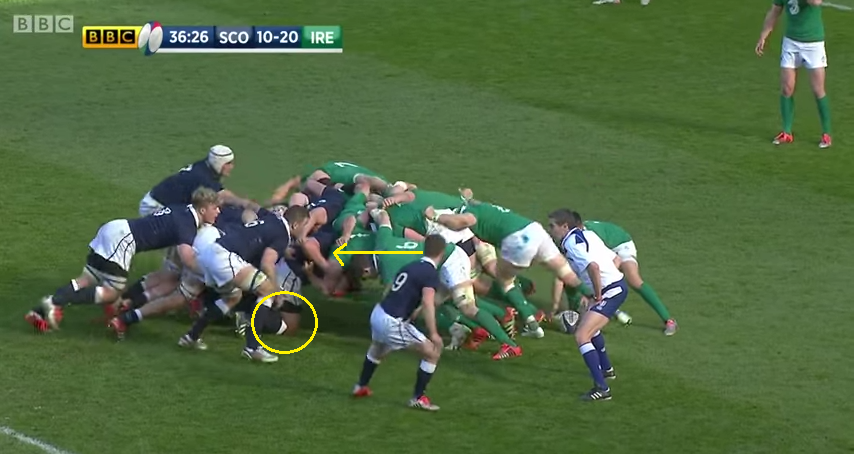 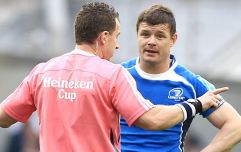 END_OF_DOCUMENT_TOKEN_TO_BE_REPLACED

Of all the mini-battles within the war, this one has the potential to be the most crucial.

It'e been widely reported this week that Ben Te'o will be given the chance to prove himself at second centre, and with Bath having a number of free-running attackers in the backline, it is key that he is sharp in defence.

With Te'o expected to be up against a former South Sydney Rabbitohs' teammate in Sam Burgess in the centre for Bath, it's vital that he doesn't get dragged into a running battle with his fellow league convert.

Bath are experts at exploiting impatience in a defence, with players like Jonathan Joseph, Anthony Watson, George Ford and Kyle Eastmond all incredibly dangerous attackers.

Joseph, in particular is an incredible threat in the centre, topping the Six Nations try scoring chart with four. This one against Wales shows how he can exploit gaps in a defence that isn't organised.

As we can see below, Dan Biggar shot up out of the Welsh line to put pressure on Joseph, and once he missed the tackle attempt, left a gaping hole for Joseph to attack. 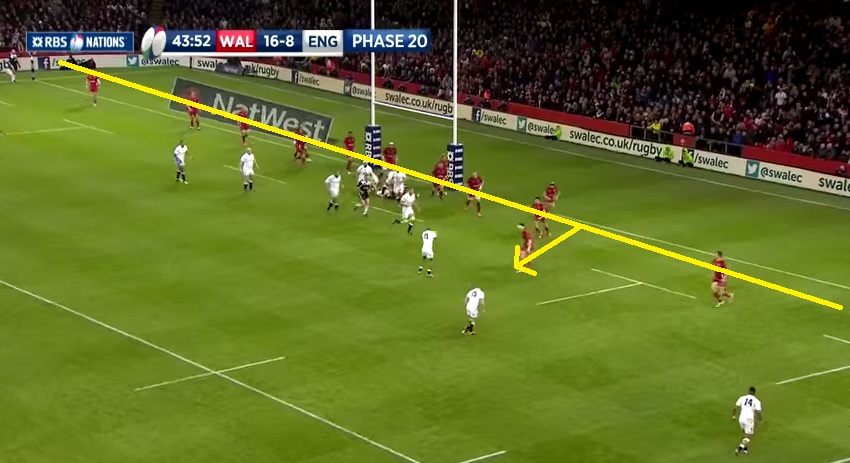 Similarly, we can see how Bath almost exploited this piece of impatient defending from Glasgow, in round Six of the Champions Cup.

When a Glasgow defender shoots up to pressurise Ford, it then leaves space for Joseph to attack. 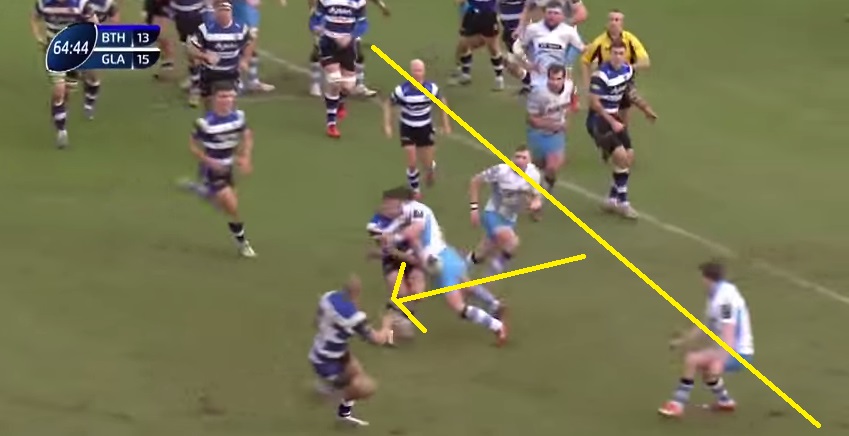 And in a domino like situation, Sean Lamont is then forced to come inside to attempt to tackle Joseph. 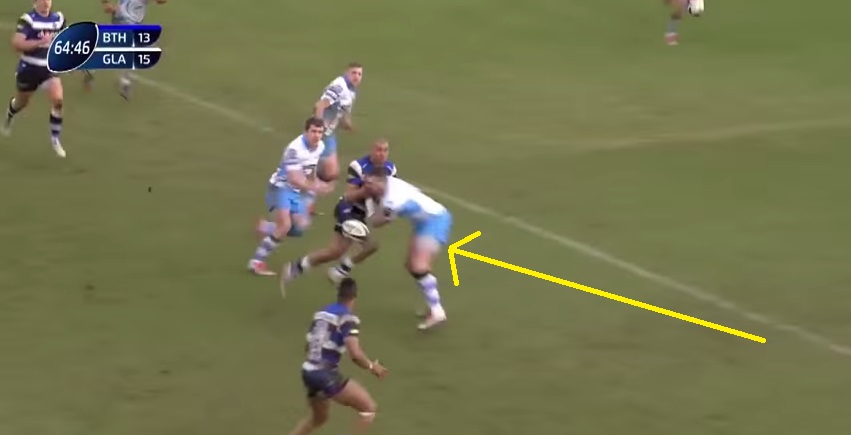 But with Joseph offloading to Watson, it means that the defence is forced to scramble. Sean Maitland is the last man out on the right of defence, but must maintain the drift to protect an overlap, allowing Watson exploit the gap through the middle. 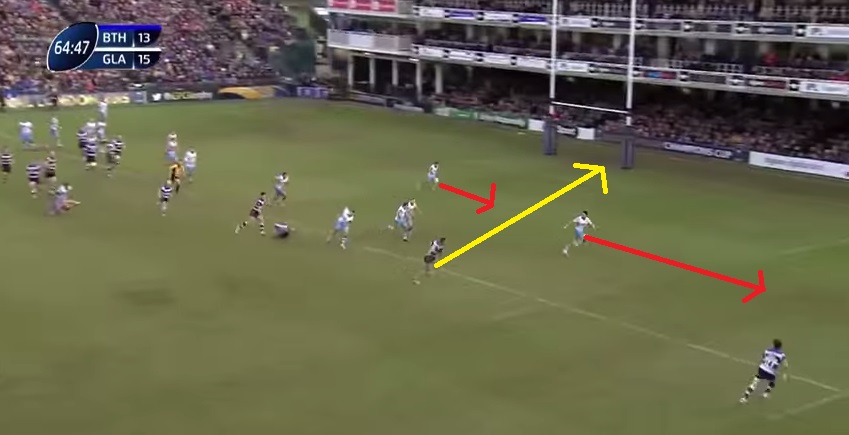 In the end, Glasgow survive and hold Watson up miraculously on the line, but it's a clear sign of just how disciplined sides have to be against a fiery Bath attack.

Looks like switching back to the wing after impressing against Scotland at the end of the Six Nations. Fitzgerald was blooded in as a centre during the winter, but with Te'o starting to find his feet a bit more, it looks likely that Luke will move back over to his natural spot on the wing.

Was electric in the opening stages against Scotland, and should he show any of this direct running as he did that afternoon, expect him to be a real threat to his opposition winger this Saturday.

While Bath have been electric in attack this season, their defence is certainly questionable - they've conceded the most points of the eight teams in the quarter finals, averaging 18 a game, and it is an area Leinster must try to exploit.


popular
Cutting through the contradictions from one of the worst television segments of the year
Noel Gallagher left 'covered in blood' after headbutt from Ruben Dias’ dad
Aiden McGeady details the abuse he suffered after playing for Ireland instead of Scotland
BBC apologise after accidentally posting mocking Man United message live on TV
The FootballJOE Pub Quiz: Week 38
France the sore losers as Ireland Men reach first ever Sevens World Series final
Roy Keane shows great comic timing after Jack Grealish party invite
You may also like
6 years ago
WATCH: CJ Stander gets horribly gouged by Josaia Raisuqe in first half
6 years ago
Cian Healy has been cleared to play against Toulon
6 years ago
Leinster confirm intention to appeal Cian Healy's "unfair" suspension
6 years ago
Ulster made history with dominant Champions Cup victory over Toulouse in Belfast
6 years ago
Rescheduled Champions Cup matches give Munster and Ulster unbelievably tough January
6 years ago
OPINION: Leinster's senior stars should carry the can for Champions Cup failings
Next Page