The only thing more boring than watching a cagey game, is listening to pundits harp on about how boring it is.

The Ulster championship is the only saving grace in terms of the provincial structures that are currently in place at the moment, with Leinster and Munster edging on the verge of pointless.

Connacht is the second most competitive, but Mayo are still fairly dominant, winning six of the last 10, with Roscommon and Galway picking it up in-between.

Championship restructures will be an ongoing debate for a long time to come as the GAA is an organisation steeped in tradition, and the one thing traditionalists hate, is change. 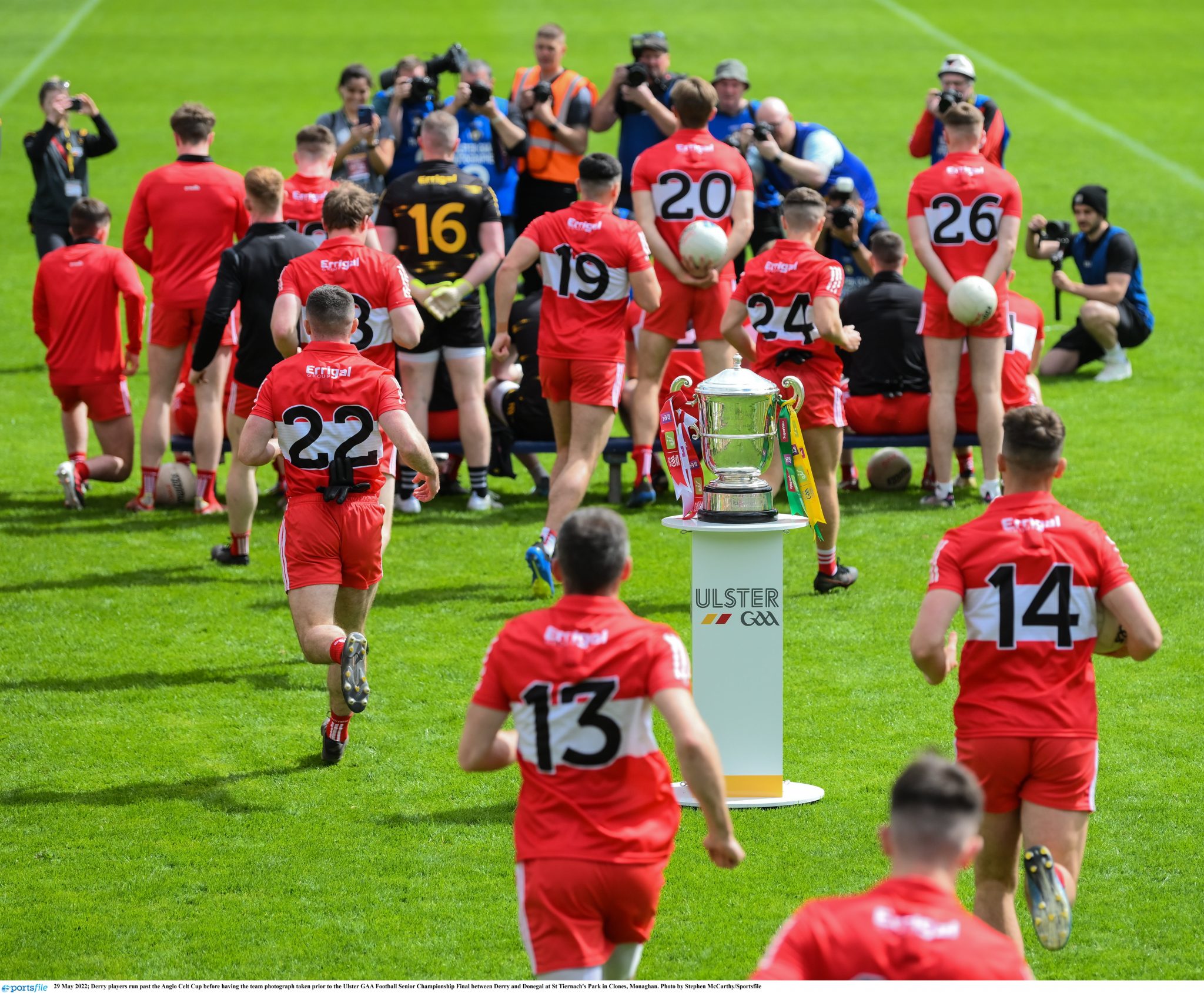 END_OF_DOCUMENT_TOKEN_TO_BE_REPLACED

However, there is one outdated aspect of the game that can change pretty quickly, and it is the tired form of punditry and analysis that we have had to endure for too long now.

The Ulster championship final between Derry and Donegal was a very tense, cagey and heated affair, and we knew from the outright it was never going to be a gun-slinging show.

The brand of football may not be 100mph, but due to the competitiveness, intensity and sheer desperation from both sides to win, it went right to the wire, and was too close to call for most parts. 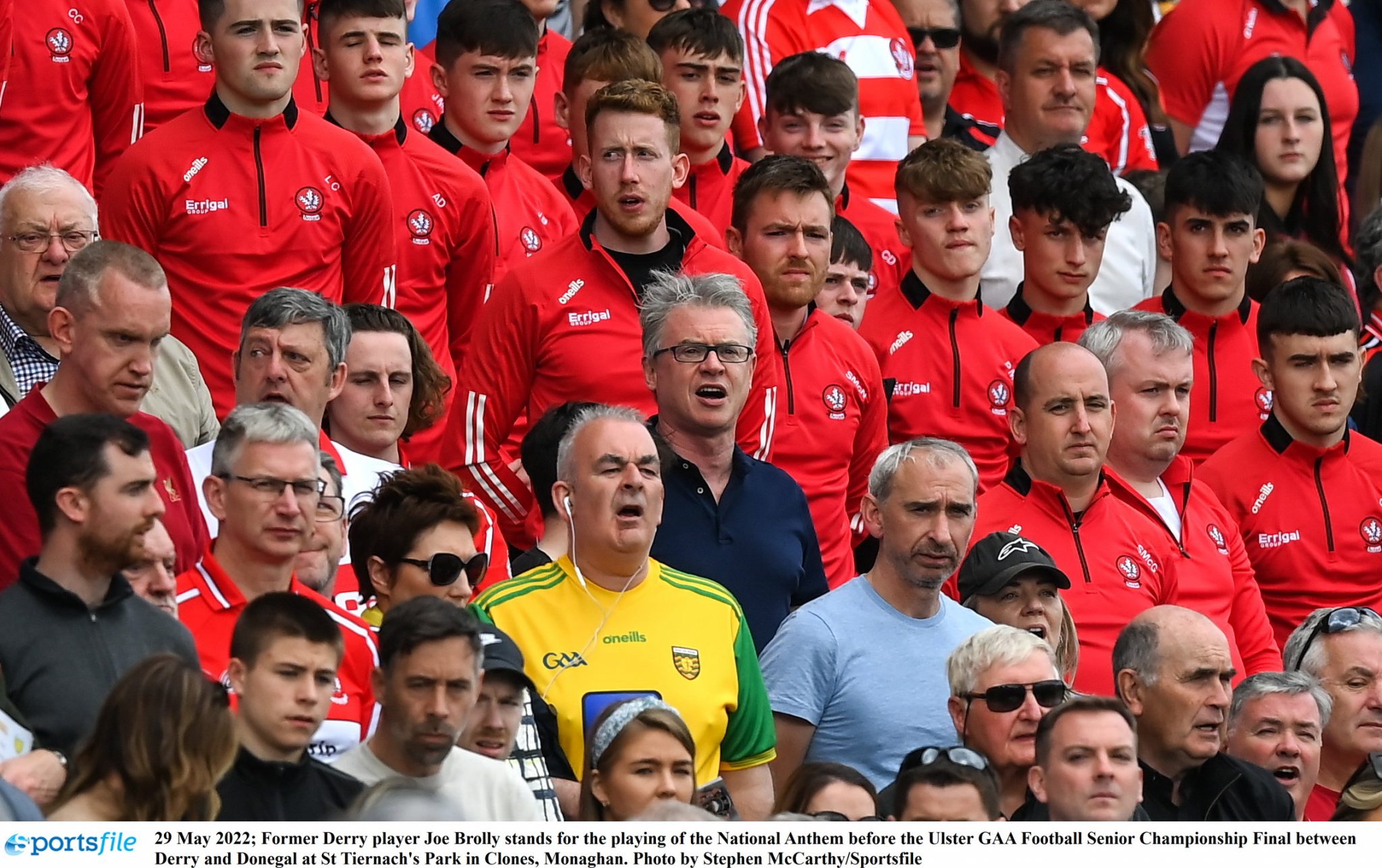 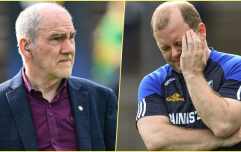 END_OF_DOCUMENT_TOKEN_TO_BE_REPLACED

It wasn't the most entertaining match, but your curiosity was always peaked, there were some spectacular moments, loads of talking points, match-ups and decisions to dissect and discuss - but the old hands of GAA punditry were more interested in the usual 'soundbite' pessimism.

Colm O'Rourke claimed that it was "the bore of the century" and that for Derry to reach their first Ulster final in so long, it was a 'shame that young kids came to watch it and be inspired - and what a bore it is'.

I would love to find a single child at that game from Derry who was so annoyed at the lack of kick passing, that they couldn't even enjoy their county's first provincial title in 24 years.

"There's a huge number of kids here to be inspired by this sort of game, and what a bore it turns out to be for everybody..." - Colm O'Rourke has not been impressed as extra time begins.
💻 https://t.co/SaOmyVQ0xS…
📺 https://t.co/EvToNUEsDS
📻 https://t.co/wkh41D4bF8 #RTEGAA pic.twitter.com/urct2wwZt9

It was a 'nothing' point really, you don't have to lie and say that it was a blockbuster, but the only thing more boring than a defensive game of football, is pundits chatting about how boring the game is - beforehand, at half-time and at full-time.

Even the following day, Pat Spillane was speaking on the RTÉ GAA podcast, and was comparing the Derry team's style of football to that of Jim McGuinness' Donegal back in 2012.

The Kerryman claimed that Derry don't have the same quality of shooters as Donegal did back then, to play that brand of football and win an All-Ireland from it.

Is nobody else sick of the Jim McGuinness comparison, every single time a team play in a cagey match?

Ciaran Whelan was using it again during The Sunday Game highlights show and it's become as overused, predictable and lazy a statement to make as "take your points and your goals will come".

Now, turn the TV over to the BBC and you have Oisin McConville and Mickey Harte chatting about the actual game itself, and giving genuine opinions on specific things that happened in the match. 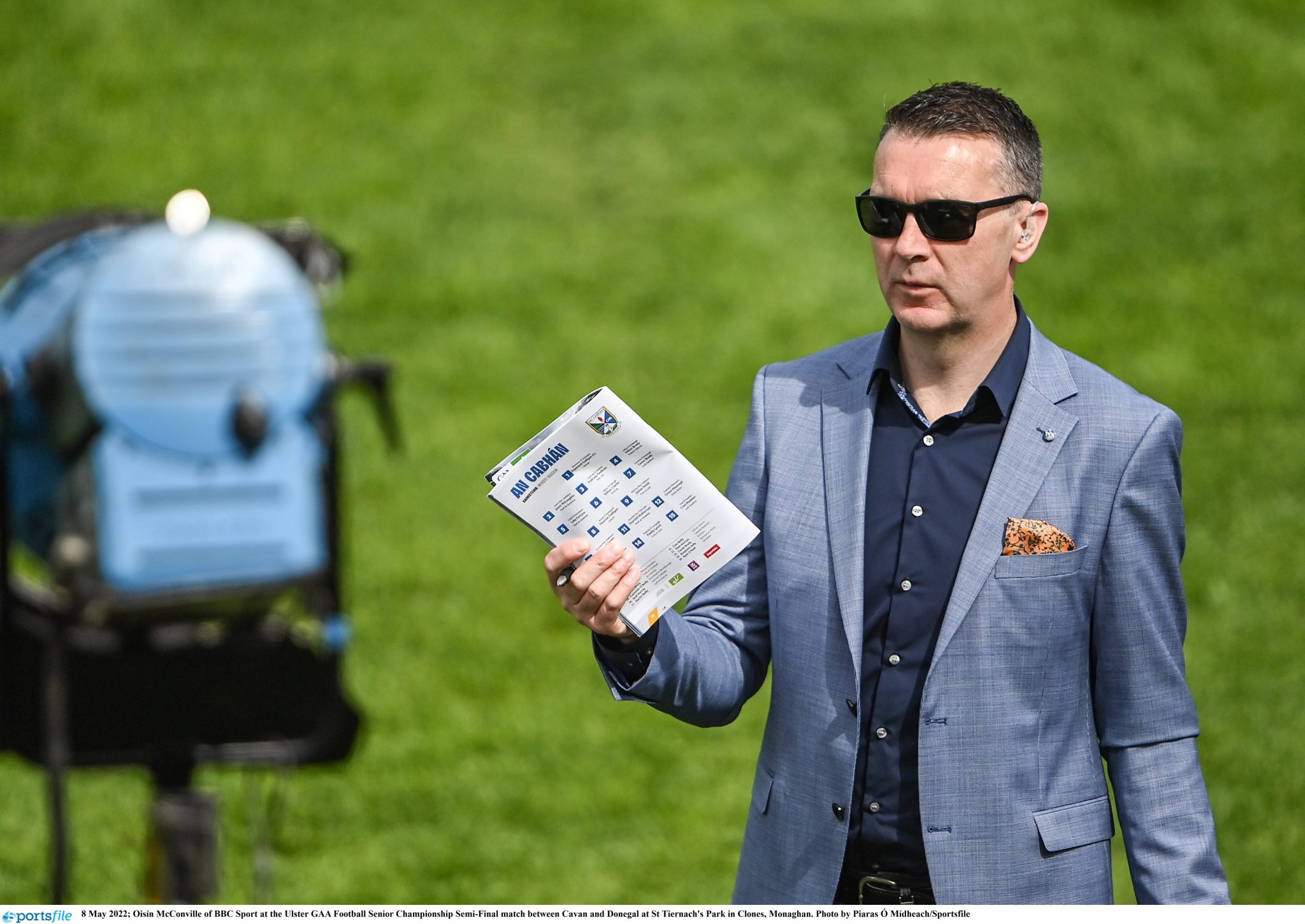 For instance, the former Tyrone boss claimed that Shane McGuigan was trying to buy Donegal a black card at one point, and that started an interesting discussion about simulation. It gave the audience - who may not have the same eye for detail - something to watch out for in the remainder of the game.

The pundits are there to try and offer an insight to the match, to educate the viewers, highlight things that fans may have missed, and then back up their opinions with the reasoning behind it.

That's not to say that it suddenly turned the game into a classic, but at least the half-time and full-time analysis was interesting viewing, rather than just repeating the same general point. 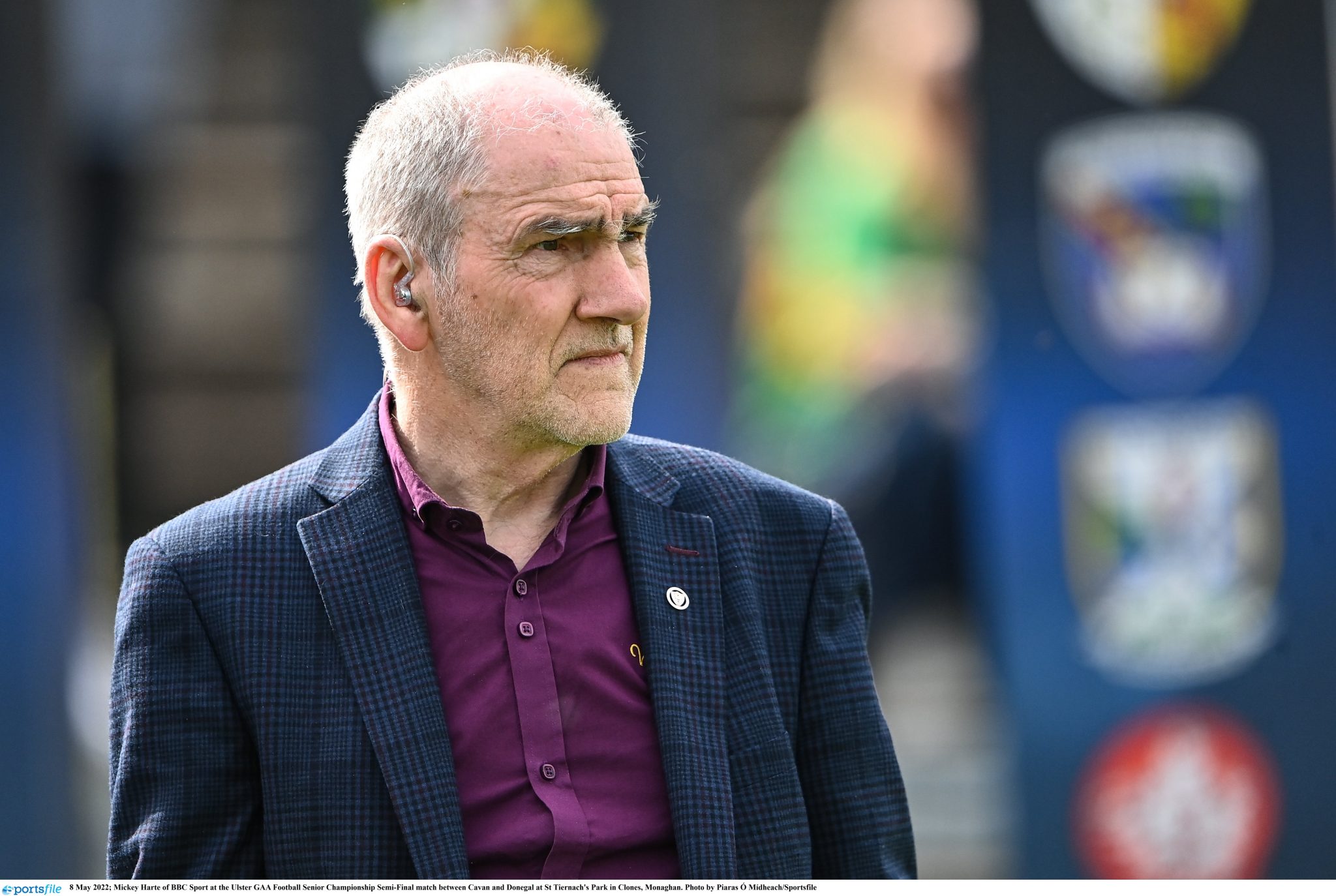 Monday Night Football on Sky Sports is the obvious example, whereby neutral fans would watch Crystal Palace and Burnley drag out a 0-0 draw, but stay tuned in to see Jamie Carragher and Gary Neville break it down, debate with one another, answer fans' questions, make predictions and interview guests.

This Donegal team was never going to blow us away with an entertaining brand of football, but it doesn't mean the game is dead. The dramatisation of it all is just too much and the irony isn't lost on them that their repetitive, short, soundbite drivel is every bit as hard to watch as lateral hand passes. 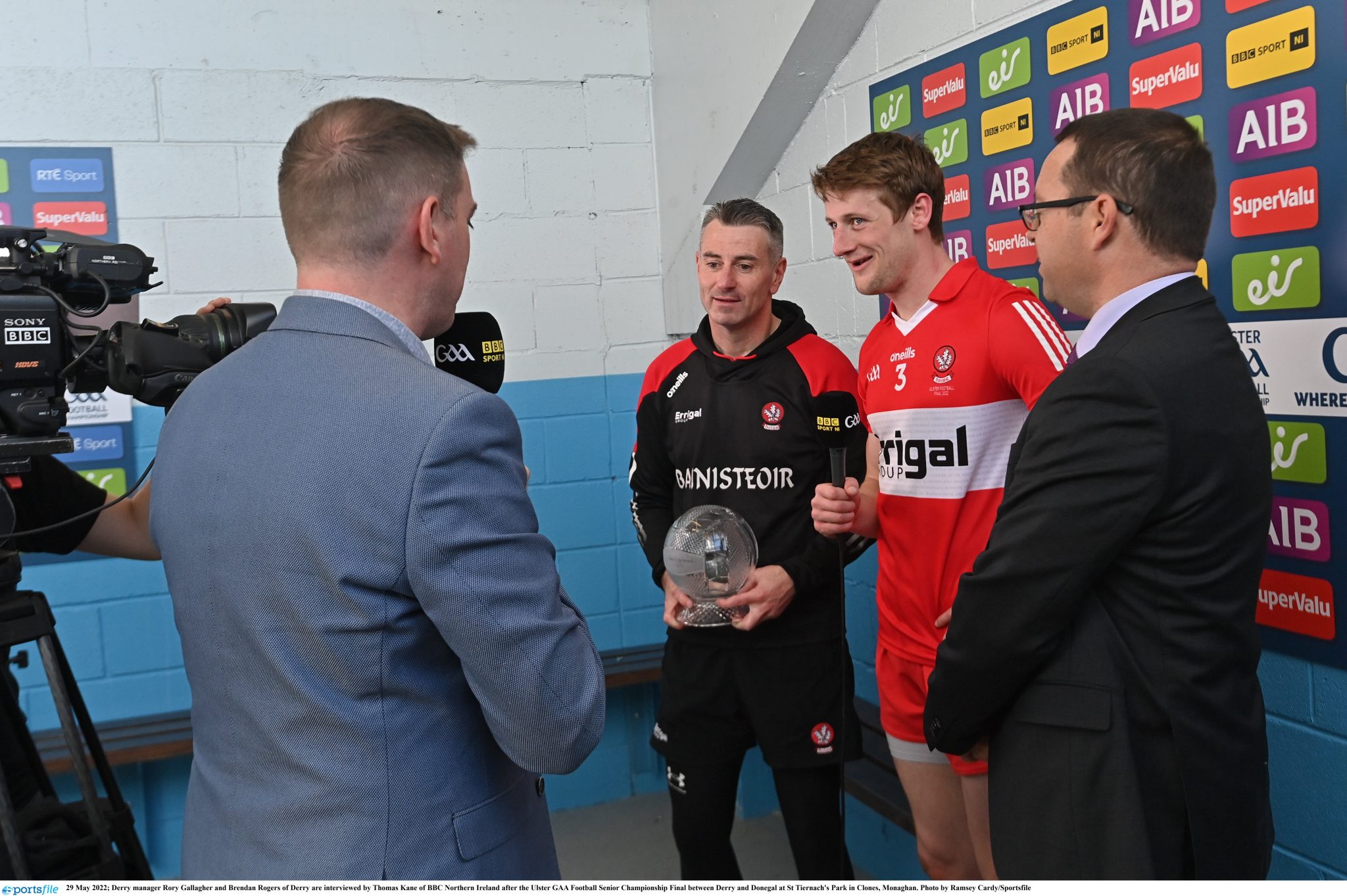 It starts the same way every time - someone like O'Rourke or Spillane makes a general damming statement dooming the entirety of the game and its future, then the younger pundits, like Sean Cavanagh or Colm Cooper have a pop back - and they barely discuss the actual match.

There's a lot about the GAA that needs to change, but we could really do with escalating this one.

You may also like
1 month ago
BBC News apologises for showing wrong footballer in rape arrest report
2 months ago
BBC apologise after accidentally posting mocking Man United message live on TV
8 months ago
Tyson Fury threatens legal action if nominated for BBC Sports Personality of the Year
1 year ago
20 BBC pundits provide their Premier League title predictions and there's only two teams in the running
1 year ago
Less is more as the GAA TV schedule circles the semi-final stages
1 year ago
Finals, grudge-matches, revenge - This weekend's GAA TV schedule has it all
Next Page