Seven Irish players make Team of the Year, but Johnny Sexton misses out

Rough call for the World Rugby Player of the Year.

No Johnny Sexton but his Irish half-back partner gets the nod.

Back in November, Murray was presented with the 'World Player of the Year' award at the Midol 'Rugby Oscars'. Readers of Midi Olympique and Rugbyrama, their website, voted the Munster and Ireland scrum-half as the best player in the world. 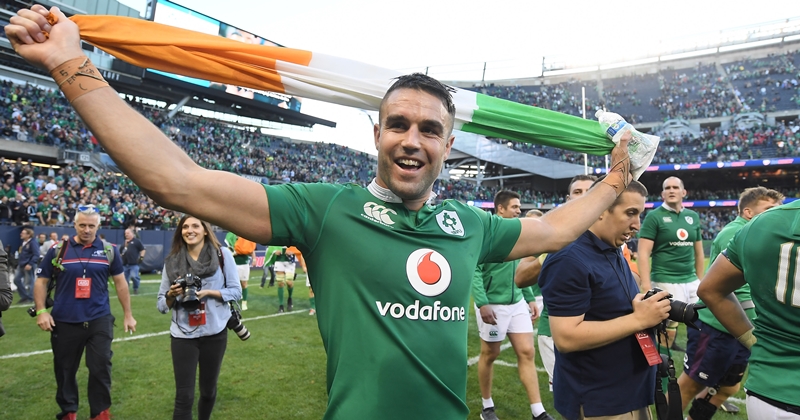 "France has a special place in my heart, in terms of rugby." Conor Murray is missing out on Irela...

That was just after the November internationals got underway. Murray missed out on that Test match window as he was still recovering from a neck injury.

However, his deeds in helping Ireland to a Grand Slam and a Test Series win in Australia, have seen him pip South Africa's Faf du Klerk to the No.9 spot in Midi Olympique's end of year 'Best XV'.

Healy, Furlong and O'Mahony have made most outlets and pundits' Team of the Year selections, while Stander, Ringrose and Stockdale all merit their places here. It is surprising to look at such an XV and not see Sexton.

New Zealand's Beauden Barrett edged Sexton out here for the No.10 jersey. That is a reversal of the World Rugby Player of the Year standings. Last month, Sexton finished ahead of Barrett, with Rieko Ioane and du Klerk following.

END_OF_DOCUMENT_TOKEN_TO_BE_REPLACED

Some best 15 selections have seen Sexton and Barrett (at fullback) both accommodated but the Midi team wanted Australia's Israel Folau at 15 so Sexton was bumped out. The other big call is James Ryan missing out in the second row. All Blacks Sam Whitelock and Brodie Retallick get the shout there.

Two more Kiwis, Ardie Savea and Ryan Crotty get the openside and inside centre shouts but the likes of Dan Leavy and Bundee Aki must have been close. Ioane is in the No.14 jersey while, again, Ireland's Keith Earls can consider himself unlucky to miss out.

MIDI OLYMPIQUE TEAM OF THE YEAR 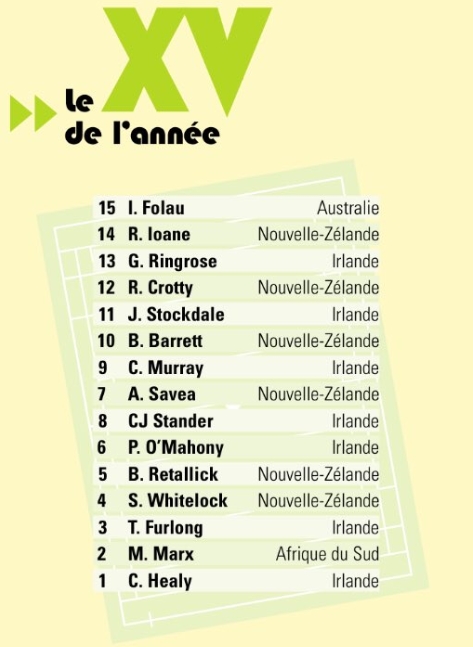 Seven inclusions in a world's best XV and still we're not happy.

Irish rugby is in a good place heading into this whopper year.

popular
The SportsJOE 12 o'clock quiz | Day 144
"No doubt he'll say he played shit like he normally does, but I thought it was a good game."
Portumna prodigy streaks to eight shot Irish Boys win with bogey free round
SportsJOE 2000s Football Quiz | Round 12
The SportsJOE 12 o'clock quiz | Day 143
There's a very simple reason why PSG have signed Maxim Choupo-Moting
Brooks Koepka puts PGA Championship leaders on notice with final round comments
You may also like
2 days ago
QUIZ: Can you name every Irish goalscorer from the 2019/20 Premier League?
1 week ago
James Ryan's misfortune opens Leinster and Ireland doors for Ryan Baird
3 weeks ago
Ireland set for Six Nations decider in Paris on October 31
3 weeks ago
We challenge any rugby player to top Jack McGrath's lockdown hobby
4 weeks ago
James McClean opens up on sickening, Covid-related hate mail
1 month ago
When the President interrupted a Euro 88 pint between Charlton and Dunphy
Next Page