"France has a special place in my heart, in terms of rugby."

Conor Murray is missing out on Ireland's November Tests but he hopes to be back playing later this month and can still have a big say in Munster's Champions Cup and Guinness PRO14 campaigns before the year is out.

While most of us are, understandably, looking ahead to some big southern hemisphere vs. northern hemisphere clashes, World Rugby and many media organisations are already handing out accolades for the 'Best of 2018'.

Murray was in France on Monday night to receive a prestigious award voted for by readers of Midi Olympique and Rugbyrama (the paper's sister website).

The Munster and Ireland scrum-half was presented with the 'World Player of the Year' award at the Midol 'Rugby Oscars' ceremony and he spoke warmly of his experiences in, and against, France.

"I've a lot of experience down here. Any time I come here and play rugby against the French, I know a few of the French players and they are very welcoming and accommodating; they're good guys. It's an honour.

"The French are a good team. I know that if I'm going to play France, I have to be close to my very best. They are a force within rugby and one you will always respect."

Other players to be honoured on the night were France centre Mathieu Bastareaud and the likes of Vincent Clerc, Conrad Smith, Aurélien Rougerie, Bryan Habana and Jean-Baptiste Poux, who were all inducted as Rugby Oscars 'legends'.

Simon Zebo, Murray's old Munster teammate, was on hand to help the scrum-half celebrate his achievement:

END_OF_DOCUMENT_TOKEN_TO_BE_REPLACED

As for a Murray comeback against the All Blacks, on November 17, it is highly unlikely that he will be pitched straight back into action after a couple of months out with a neck injury.

Former Ireland winger Andrew Trimble does not believe that is necessarily the worst news for Hoe Schmidt's men. On Baz & Andrew's House of Rugby, Trimble said:

"Between Murray and Sexton, he's probably their most important player and he's the guy they need to have fit with a big 12 months ahead, he needs to be performing well."

"So, him having this break now will be really good for Ireland and good for Munster and good for the World Cup opportunity."

Murray himself has mixed feelings about missing out on the cut and thrust of Guinness Series duty, and matches against Argentina and New Zealand in particular. At the launch of Pinergy's #WeAre16 campaign, in late October, he said, "As a fan, it's really exciting, this November is going to be really, really cool.

"The last few weeks at Munster and being a fan, it's been enjoyable to watch because the lads have gone quite well, particularly in Europe, but then there's the other side of being a player.

"If you're fit, you have the potential of being involved in those games; Europe with Munster and November with Ireland. That's tough, that is tough." 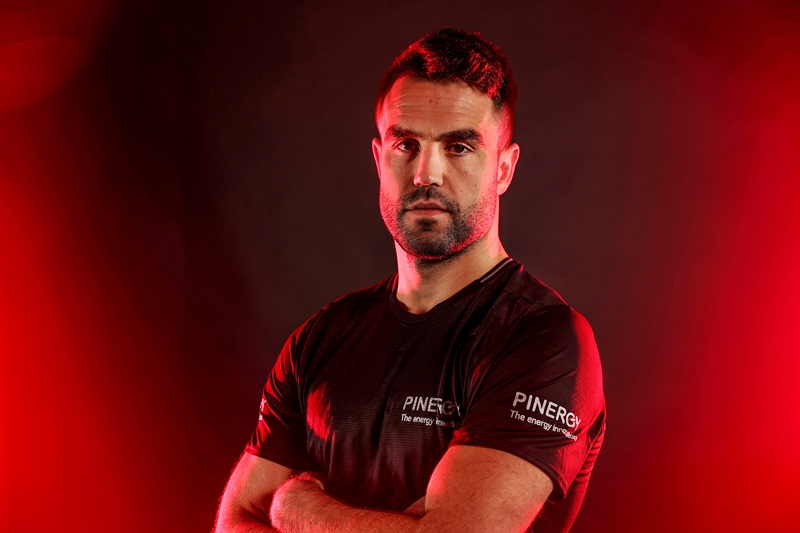 One does hope that a genuine challenger for Murray's No.9 jersey emerges over the next few weeks.

It'll take some mighty performances to wrest that jersey away from Midol's World Player of the Year.

You may also like
3 days ago
'We knew how much it meant to them' - Conrad Smith on Croke Park history lesson
3 days ago
"I was like, 'Your ribs will be broke, alright, if I get my hands on you again!'"
4 days ago
Baz & Andrew's House of Rugby - Mike Brown on past battles with Ireland
4 days ago
Online media excluded from another important IRFU briefing
5 days ago
"Just to clarify, it was an accident" - Mike Brown on Conor Murray incident
1 week ago
QUIZ: Guess the footballer from their Wikipedia page | Irish edition
Next Page