Many Munster supporters will be pining for O'Gara even more after this interview. They are not the only ones.

Friday night saw La Rochelle and Gloucester pick up spirits after the disappointment of Leinster's match against Toulon being cancelled. Leinster were awarded the victory after a positive Covid case in the Toulon camp saw several of their players, who were 'high-risk contacts', ruled out.

END_OF_DOCUMENT_TOKEN_TO_BE_REPLACED

While Toulon now miss out on the quarter finals, one French side confirmed their place in the last eight and it was O'Gara that left Kingsholm a happy man, last night. His La Rochelle side - inspired by Fijian centre Levani Botia - beat Gloucester 27-16 to advance. 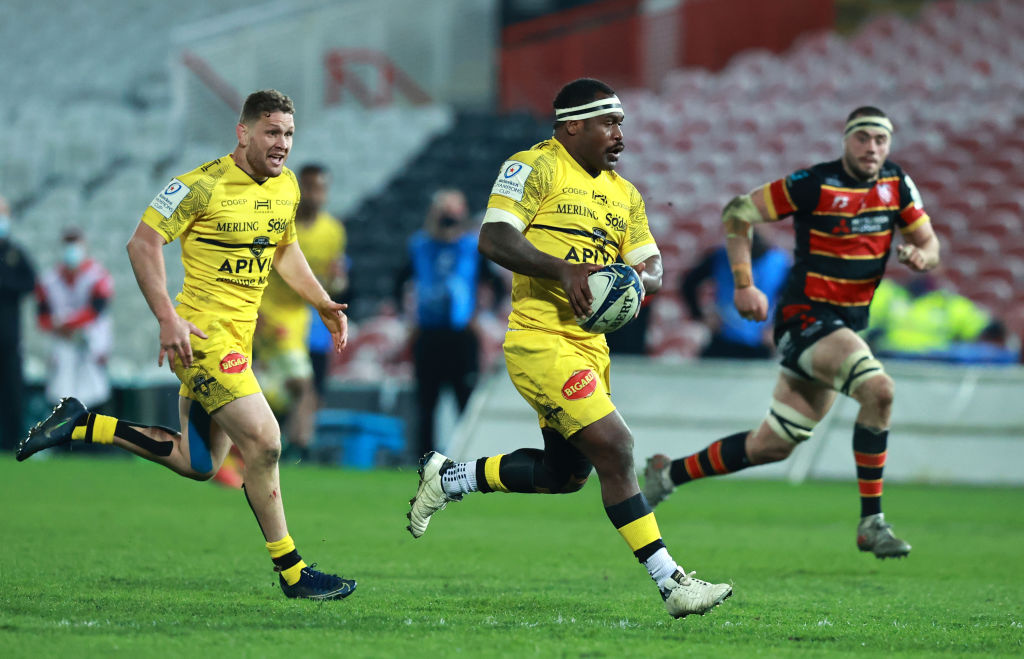 Levani Botia breaks with the ball during the Heineken Champions Cup Round of 16 match between Gloucester Rugby and La Rochelle at Kingsholm Stadium. (Photo by David Rogers/Getty Images)
Advertisement

Following the game, O'Gara had rugby fans enthralled as he explained his rugby philosophy - Munster at its core but with French and Kiwi influences - and spoke about how he sees the game evolving.

"It's a mind-set," he replied when BT Sport's Martin Bayfield asked about La Rochelle's offloading game-plan.

"That interests me hugely. There's a massive ruck focus in the northern hemisphere and then when you go to the Crusaders [in New Zealand] it's K.B.A - Keep Ball Alive. And that's something I'm interested in myself. You've seen tonight, in the dry conditions, you don't even have to think about catching or passing - you can do that. So we're trying to have speed on the passing and keeping it alive.

O'Gara laughed when he was asked how clear the La Rochelle players are on that message before he explained the key is being persistent while not having too many messages.

"There's a big emphasis on identifying space," he said. "So we look at going through them or outside them, or [putting] the ball in the air if they've 14 in the frontline. There's always decisions to be made and that's something that you won't always get right, but if you get most of them right, you have a good chance."

END_OF_DOCUMENT_TOKEN_TO_BE_REPLACED

The former Munster and Ireland outhalf also explained how he looks to set up his team from the point of view of what he, as a 10, would have wanted. And, conversely, he looks at how to make life as tough as possible for the opposition 10.

On Botia, who ran amok against Gloucester, the Cork native says the best way to understand the player is to understand the person. "Fijians are very affectionate," he said, "and they like a lot of love. They like their back being rubbed and you've got to get the best out of them.

"And sometimes you understand why they come back two weeks' late from their summer holidays. But I guarantee you, boys, if you were there, you'd be the same! It's just, no worries, no hurry, Fiji time! Once you understand that, you get them."

Everyone was raving about this post-match interview from ROG, last night, and you can see why 😄 pic.twitter.com/AGCFxHbctQ

Ronan O'Gara has been coaching since the summer of 2013, when he hung up his playing boots and headed to France for an assistant role with Racing 92. He set off to Crusaders for a two-season stint before, in 2019, taking his first head coach job with La Rochelle.

Given how rudimentary and ruck-focused much of modern rugby is, in the northern hemisphere, it is a breath of fresh air to see coaches like O'Gara, Felix Jones and Mike Prendergast, embracing different methods to break teams down.

Munster remain in contention in this season's Champions Cup and Rainbow Cup competitions but many of their supporters would dearly love for O'Gara to return home and take up a coaching role with his new province.

Given how rigid and unimaginative Ireland looked, for long stretches, in the Autumn Nations Cup and Six Nations, Munster could have a fight on their hands to secure O'Gara's services, if and when he ever decides to head home.


popular
Specsavers troll former Liverpool star for Darwin Nunez headbutt claim
“Players flourished when Roy Keane left” - Rio Ferdinand on why Keane was a 'detriment' to Man United
"To be able to call myself the fastest man in Irish history is just amazing" - Olatunde overjoyed after record-breaking run
The moment Israel Olatunde realised he qualified for the Euro 100m final is what it's all about
Cristiano Ronaldo says he will reveal truth about Man United transfer saga
Wexford, Waterford and Kilkenny down some good men as Australia calls
"I went up to the Italians and gave them a big auld shoulder" - Paul O'Donovan does it again
You may also like
1 week ago
"Everything’s done for you" - Eddie Jones on how private schools influence English rugby
1 week ago
Faf de Klerk knocked out after horror collision with knee of All Blacks winger Caleb Clarke
1 week ago
"We'll support him in any way we can" - Wallabies captain Michael Hooper backed for brave mental health decision
1 week ago
At a time when rugby needs genuine characters, Naitoa Ah Kuoi could not have timed it better
2 weeks ago
Eight Ireland players make final cut in 'World Class' 33-man squad selection
2 weeks ago
"There's no magic wand. A lot of it starts and finishes with hard work" - Ronan O'Gara
Next Page