"To score that many points, and keep Wales to '0', was incredible."

The highest of praise went to Beibhinn Parsons, Eimear Considine and Hannah Tyrrell, after Ireland's opening 2021 Six Nations win, but Dorothy Wall and her packmates sent out multiple statements of intent.

Having been in and around the Irish squad in the build-up to a long, long-awaited championship, Michelle Claffey expected Ireland to start strong against a Wales side going through some internal strife. She did not quite predict a 45-0 win, but she was not blown away by it either.

"They looked incredibly fit and moved around the park, not looking breathless at any time, there were numbers in rucks, numbers available out wide. That's [athletic performance coach] Orlaith Curran doing a great job over the last number of months, and keeping them at standards when they were off from playing games."

On the latest House of Rugby Ireland episode [LISTEN from 42:00 below], Claffey spoke with Fergus McFadden and Ian Madigan about the other aspects of Ireland's game that were strong, and what they need to do to topple France this weekend. 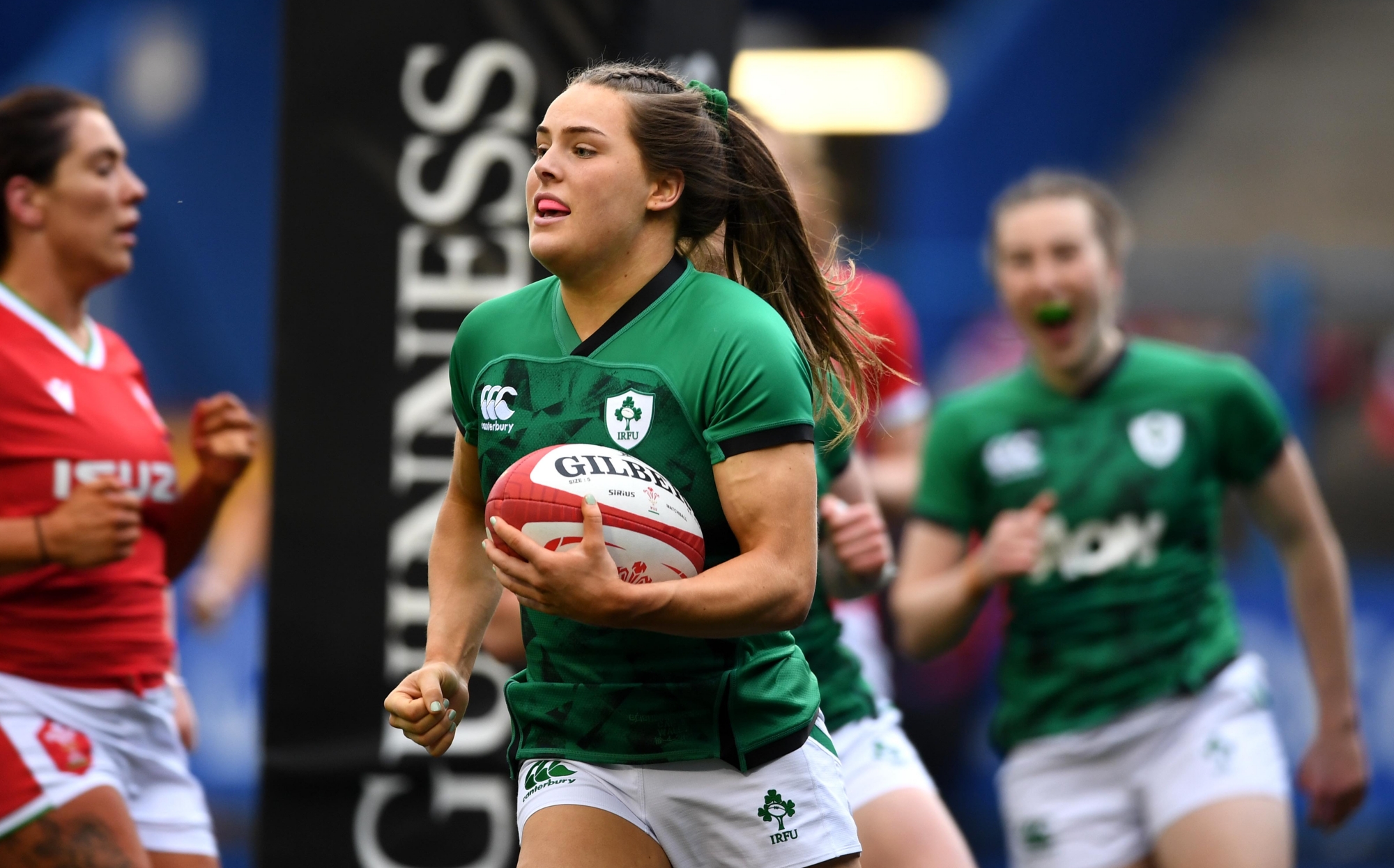 Considine and Parsons ran in two tries apiece as Ireland secured a bonus point before half-time. Claffey, who plays centre for Leinster and Ireland, also praised defence coach Kieran Hallet and the scrum, which dominated the Welsh in Cardiff.

"Kieran has brought a different edge of professionalism to our amateur set-up," says Claffey. "He's living and breathing it every day at Leinster then, on weekends, brining it into Irish camp."

"Rob Sweeney has come in to work on the scrums," she adds, "and it was pretty evident, at the weekend, how good his work has been over the past number of months. They won eight scrums, didn't lose any and they also won 11 lineouts, disrupted Wales and turned over five of their throws... they have used lockdown to nail down the set-pieces." 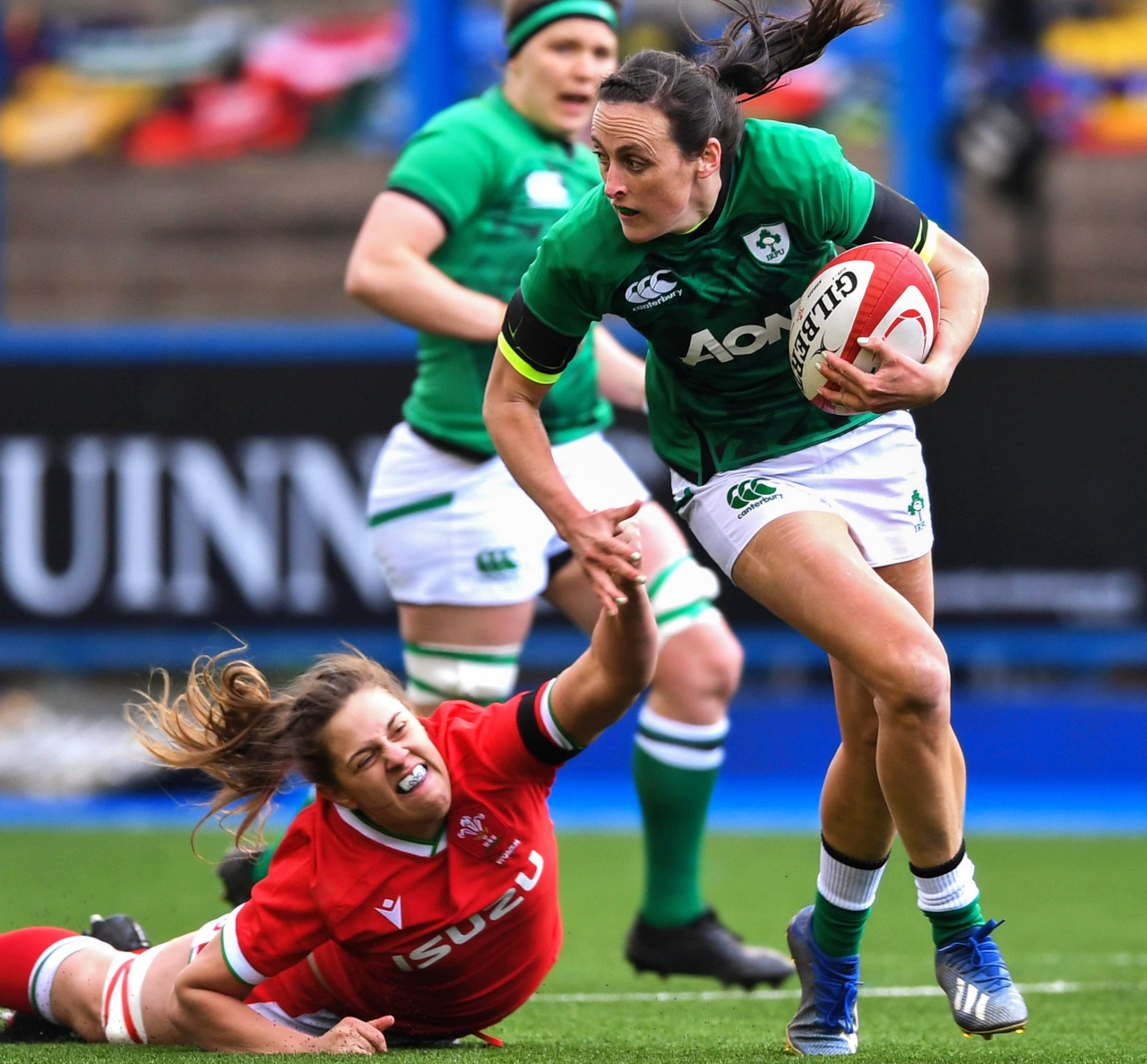 END_OF_DOCUMENT_TOKEN_TO_BE_REPLACED

After trying out eight different players in the No.10 jersey, it was encouraging for all involved to see converted winger Hannah Tyrrell excel in the role against Wales.

"It would be great to see Hannah playing the full 80, or as much of the game as possible, to try get her more embedded into the game and keep that consistency. Because if the players around you are trying to play off a different 10 every time, it's very difficult to get momentum.

"Teams take over and teams play well when they know what their 10 wants from them. And if that's a different person, they think differently... from a squad point-of-view, they need to keep with a 10, that management assures and that everyone has confidence in."

Asked for another player that impressed against the Welsh, Claffey was quick to select a Munster back-row that is still a few weeks shy of his 21st birthday.

END_OF_DOCUMENT_TOKEN_TO_BE_REPLACED

Up next, at Energia Park in Donnybrook, are a French side that delivered a thumping of their own [53-0] to Wales.

Claffey believes Ireland will give themselves a decent chance at turning over France if they keep up those same high levels as last weekend while reducing their penalty count and holding onto the ball, and being more effective at clearing out around the breakdown.