It was one-way traffic in Cardiff as Ireland kicked off their Women's Six Nations campaign with an emphatic win over the Welsh.

19-year-old Beibhinn Parsons wasted no time reaffirming her status as one of the most exciting young prospects in rugby by scoring back to back tries early in the first half, the first of which saw her burn through the Welsh defence for a fantastic solo score.

END_OF_DOCUMENT_TOKEN_TO_BE_REPLACED

She must have been in a friendly competition with Ireland full-back, Eimear Considine, who also boasted a brace in the first half, including a bonus point try that had all of the same individuality and flair as Parsons.

Hannah Tyrrell caused lots of problems with her creative passing but the Welsh's poor lineouts and string of injuries added to their downfall.

END_OF_DOCUMENT_TOKEN_TO_BE_REPLACED

A spirited second half, however, inspired by Welsh captain Siwan Lillicrap, subdued the Irish for most of the second half but it only acted as damage control as Ireland's Dorothy Wall and the relentless Tyrrell put two more cherries on the cake.

A blistering performance, particularly in the first half with two tries, including one that can only be described as a "worldie"

END_OF_DOCUMENT_TOKEN_TO_BE_REPLACED

A constant thorn in the Welsh, Delany was consistently involved and played her part in some some of Ireland's many turnovers.

As far as debuts go, you couldn't have asked for much better as Eve hustled and harried, sticking her head in places most people wouldn't put a shovel. Easy to see why Griggs decided to include her.

The 37-year-old from Leinster had a fantastic game and got on the score-sheet with a bulldozing try late in the second half.

The young prodigy demonstrated every top attribute you would want an athlete to have, her pace in particular is absolutely frightening. After two brilliant tries in the first half, she was a little more subdued in the second, but make no mistake, Parsons is the real deal. 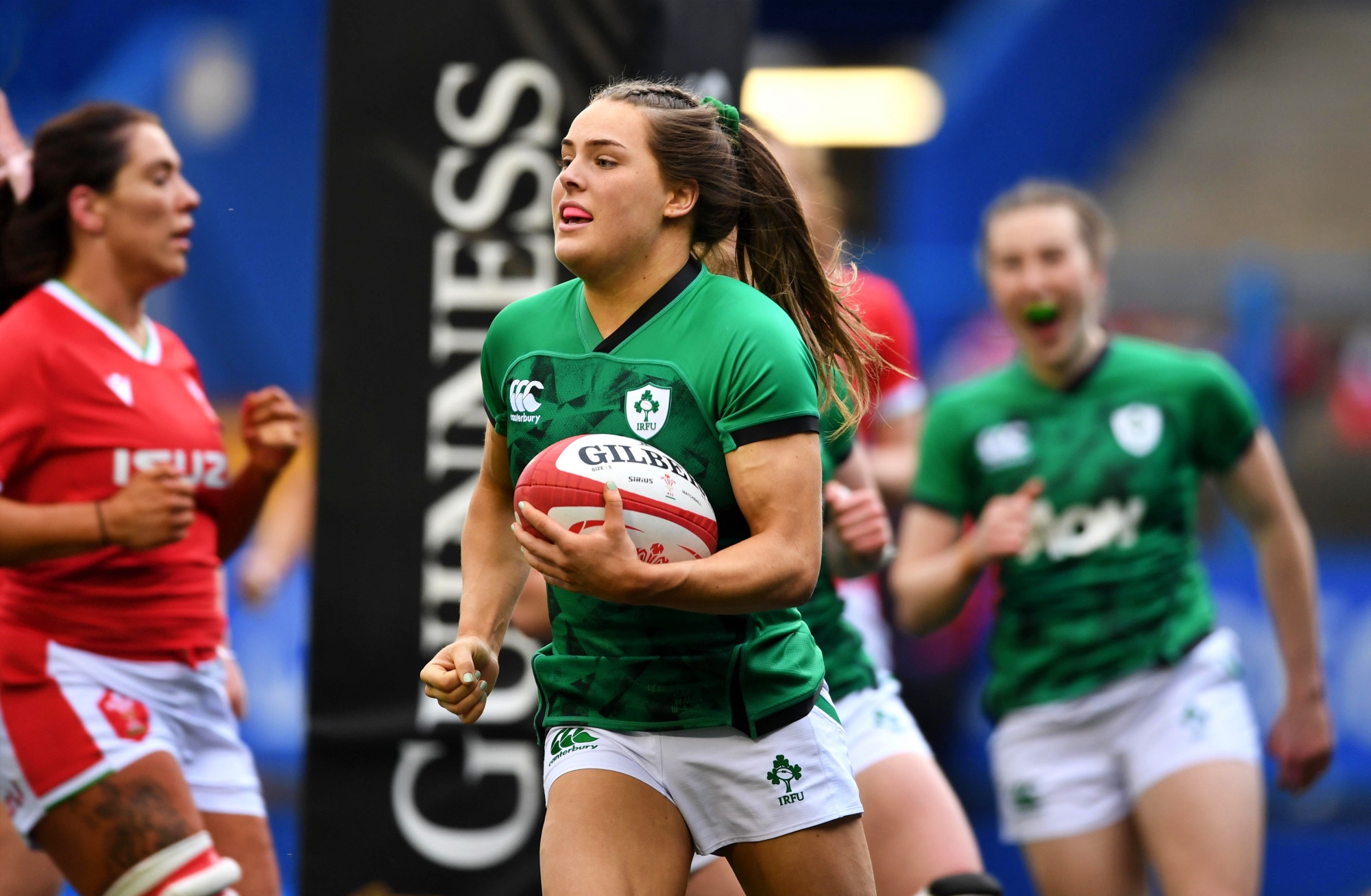 A Player of the Match performance! Tyrrell showed creativity with her passing but also wasn't afraid to get stuck in. With five conversions and a try, the Clondalkin native was the stand-out performer in a stand-out team performance.

The scrum-half was involved in pretty much everything from start to finish. Relentless.

Very powerful coming forward and thought she had scored a decent try before the video replay revealed that the ball narrowly didn't get across the line.

The Wasps player was a constant buzzing ball of energy. Never looks like getting tired.

It's not often you can keep a team scoreless and Djougang was vital with in keeping that way. A rock for Ireland.

Another successful cog in the Ireland machine today.

A fantastic try to top of a fantastic performance. Wales were stubborn in the second half but Wall eventually broke through.

In a match where Ireland had most of the possession, Molloy never wasted it and played to her strengths.

A captain's performance, including a fantastic block to overturn Wales and set up Parson's second try.

Came on early in the second half and was impressive, including an excellent exit kick just when Wales were putting the pressure on.