Three more Scots enter the fray, with another stepping up to the Starting XV.

With the 2021 Six Nations now in the history books, the Lions pecking order is looking a whole lot different from last December.

Warren Gatland will be under pressure to select a pretty even spread after Wales won their second championship in three attempts and Ireland, Scotland and England all finished in mid-table.

END_OF_DOCUMENT_TOKEN_TO_BE_REPLACED

Scotland stunned France 27-23, in Paris on Friday, as the likes of Stuart Hogg, Hamish Watson, Duhan van der Merwe and Zander Fagerson showed their Lions class. Loosehead Rory Sutherland and hooker George Turner were both superb, too, but left the field of play with respective shoulder and thumb injuries.

On the latest House of Rugby Ireland episode [LISTEN from 3:30 below], the Lions prospects of several Ireland players were discussed. Several Scots have bolted their arms up for selection too. 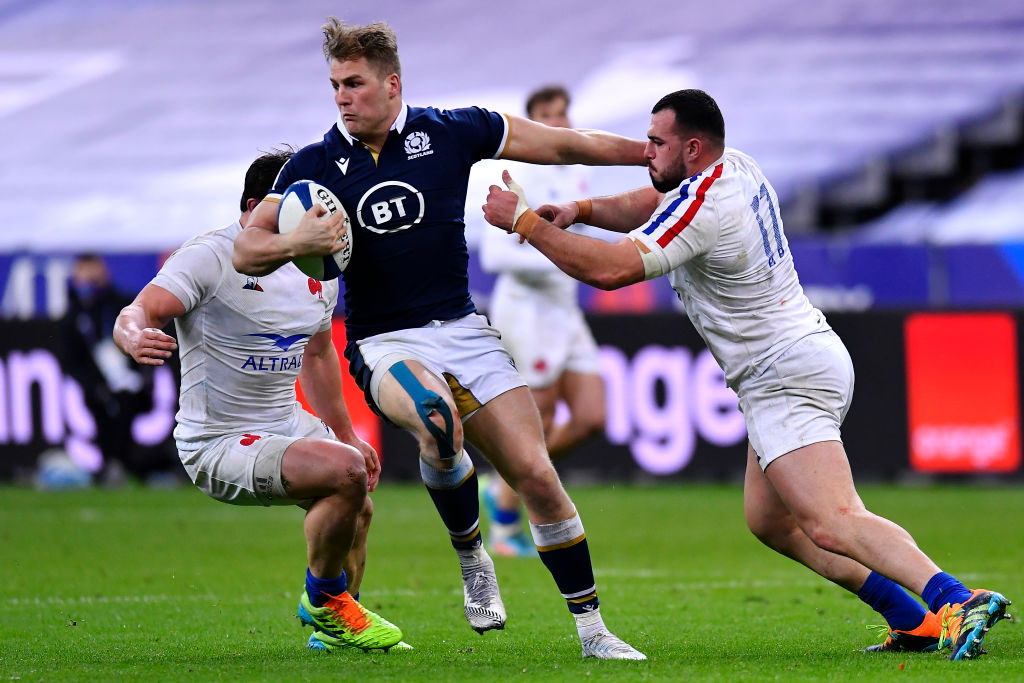 Back in December, the Lions XV pecking order was dominated by an England side that had followed up their 2020 Six Nations victory by clinching the Autumn Nations Cup. Only three months ago, the XV had 12 England stars and none from Wales and Scotland.

So much has changed in such a short period of time. Lions head coach Warren Gatland is already on the record in how much stock he puts in the Six Nations, so you can see how much the recent results have benefitted Ireland, Scotland and champions Wales.

END_OF_DOCUMENT_TOKEN_TO_BE_REPLACED

Since last weekend's round five games, there is only one change to the Starting XV - the tireless Hamish Watson bumping out Justin Tipuric - but three more Scottish stars are now in the conversation. Duhan van der Merwe (pictured above) scored two tries against France and has made 31 line breaks in the championship, eclipsing the old record of 30 set by Brian O'Driscoll. That is a shade over six line breaks per game. Frankly ridiculous carry on.

The other new arrivals are Zander Fagerson, bumping out England tighthead Kyle Sinckler, and Chris Harris overtaking the injured Garry Ringrose. Expect England's top players to make strong cases in the Champions Cup but, right now, they are up against it.

From having no players in the Lions XV pecking order to now sharing nine of the starting slots, it has been some turnaround for Wales and Scotland.


popular
Galway fans' frosty reception for Davy Fitz doesn't make any sense
The most Stone Age tackle you've ever seen gets South African lock straight red card
"Johnno went, 'We’re not moving! You're trying to mess us about!'" - Ben Kay recalls red carpet controversy
'Brian was a genius... he would've killed you to even win a game of touch'
Ryan Manning hacked to the ground by Henri Lansbury in ruthless assault
Final question of Ryder Cup press conference has Team USA in all sorts of trouble
Ian Poulter shares Ryder Cup advice to Shane Lowry and Team Europe rookies