Another gold star opportunity ripped out of Leinster's hands

The glazed, hollow looks in the eyes of Leinster's players, in the aftermath of their late, late defeat, told you all you needed to know.

Leinster had that fifth star in the palm of their hands. It would be cruel to say they let it slip out. Instead, La Rochelle wrenched the result, and that star, from their grasp.

If you caught any of the two rugby finals, or the Champions League, over the weekend, you will know how the final hurdle is often the hardest to get over. Three average games, but three that will never be forgotten by the victors, and their fans.

END_OF_DOCUMENT_TOKEN_TO_BE_REPLACED

Leinster's players and coaches have little time to stew over their second Champions Cup final defeat in three years. Few of their players were poor but, importantly, very few had stand-out games. Ross Molony, Josh van der Flier, Robbie Henshaw and Johnny Sexton were the best in dark blue, but Leinster were more dogged than dashing. They had a couple of 10-minute spells, but La Rochelle choked the life out of them.

Back in 2018, I was on a flight back from Bilbao with about 90% of an Aer Lingus flight full with celebrating Leinster fans. "Five stars!" was the call, even back then. Lads still with some alcohol and adrenaline in their systems proudly and loudly bellowed, "FIVE STARS!". Even back then, setting the new bench-mark was the goal. 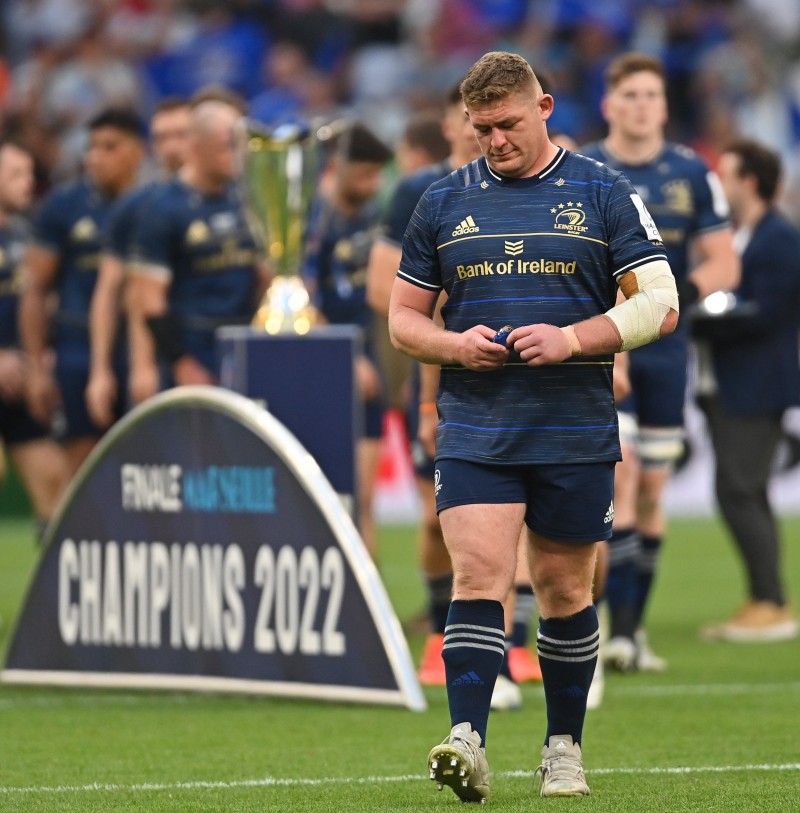 END_OF_DOCUMENT_TOKEN_TO_BE_REPLACED

They had a rapid chance to get that fifth European Cup victory at St James' Park, in 2019, but Billy Vunipola and Liam Williams were inspired, and Saracens were deserved winners. Standing in the media mixed zone, after that game, most Leinster players looked either straight ahead, at the team bus, or down at their feet. Only Scott Fardy and Jack Conan stopped for long enough for a decent chat.

At Stade Velodrome, that mixed zone was not overly populated with Leinster players. It was the La Rochelle men that paced around, shared thoughts and hugs, and reflected on a brutally hard fought match, with winners' medals draped around their necks. Toulouse, winners at Twickenham last season, are the pace-setters on five European wins. Both they and Leinster have a side, in La Rochelle, that are now fully bought into Europe, and who should defend their title fiercely in 2022/23.

With the United Rugby Championship [and previously the PRO14] not pushing Leinster to their limits, it is now the obsession. And it was that obsession, in part, that saw Leo Cullen's men seize up on the big stage.

END_OF_DOCUMENT_TOKEN_TO_BE_REPLACED

With Victor Vito and Tawera Kerr-Barlow both out, for the French side, the often shaky goal-kicking of Ihaia West and Will Skelton lacking minutes under his belt, it looked primed for Leinster to impose their game on their opponents. They had started fast and loose against Leicester and Toulouse in the quarter- and semi-final. The French side's players have been embroiled in a real scrap to get into the Top 14 playoffs, while Leinster have been able to rest key lieutenants.

It was a sweltering day in Marseille but the pitch was, at least, covered in shade from the high, swooping roof by the time kick-off [5:45pm local time] arrived. Leinster would have been looking to tear into La Rochelle. They did start brightly and led 6-0, but the French side responded superbly through a Raymond Rhule try. 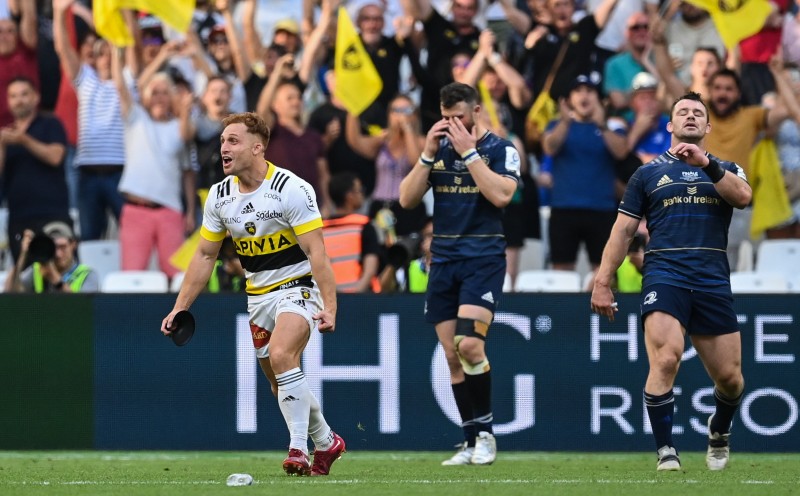 Sexton did add two more penalties, making it 12-7 at the break. Ronan O'Gara, he would later reveal, was not worried. He knew - and he told his players - that La Rochelle finished games strong [60% of their points coming in the last quarter of big European games]. He also sensed that Leinster, with several of their big names inevitably going to be back on the bench, often plateaued in the final quarter.

So it proved, although Leinster defended their goal-line manfully in that 10 minute stretch, before Arthur Retiere's game-clinching try. Adding insult to injury, West kicked the final conversion in a match when he rediscovered how to split the sticks.

The Munster legend may have had his beliefs shaken somewhat when Thomas Lavault was sin-binned with 17 minutes to go. Ross Byrne kicked a penalty to make it 21-17 to the four-time champions, but Leinster lacked a meaningful counter-punch with the man advantage. Mistakes crept into their game as players flagged and the finish line threatened as a mirage.

Johnny Sexton is having a superb season, and another European victory would have been his fifth. Same for Cian Healy. Instead, he had to sit in the post-match press conference and try put a shattering failure into words. He was magnanimous, as was Leo Cullen, but he could not wait to get out of Marseille.

Already, outside the ground and in the bars and hotels nearby, there was talk of the 2023 final being held in Dublin. What a finish that would be for Sexton, fans consoled themselves over beers as La Rochelle fans danced and hugged, within eye- and ear-shot.

There was talk of five stars again, too, but it was said in quieter, consoling tones.

Confidence has been shaken, but ruling out that Sexton fairytale would be foolish. Leinster will be back, but they need to be better.