Back in late 2020, and early 2021, as two Six Nations titles slipped away, Johnny Sexton was well aware of the criticism, even if it was just coming from a vocal minority.

Sexton, the elder statesman, insisted this Ireland team had something about them, and a genuine belief they would go on to great deeds. Not everyone was convinced.

Ireland had a final day chance to win the 2020 Six Nations, but fell short against a France side that shredded them in open play. Just over a month later, after a meaningless Autumn Nations Cup win over Scotland, Sexton stated:

"We're not at the top table yet in terms of we haven't been able to beat France and England away from home and that's what the top teams are able to do. We're just below that at the moment but I'm confident in this team and coaching staff that we can go to that level... There is no-one that hurts more than us when we don’t perform on the big days but it’s what you take away from it and there are some young guys who played that day that will take a huge amount from it."

END_OF_DOCUMENT_TOKEN_TO_BE_REPLACED

There were some questions over Andy Farrell and retired Leinster and Ireland lock Neil Francis suggested he was not cut out for the head coach role. With Joey Carbery still not over his injury issues, for most of 2020/21, some pundits and writers lamented the lack of a No.10 to really press Sexton for a starting role.

END_OF_DOCUMENT_TOKEN_TO_BE_REPLACED

Johnny Sexton was on the Michael Jordan buzz, though. Anything negative written or uttered, he was making notes and taking names. He took it personally.

Back in November, after Ireland defeated the All Blacks at Lansdowne Road, Sexton, gave a test-run to the 'nobody believed in us' mantra that Ireland carried into 2022. Still, he delivered this message to his teammates:

"This is just the start and we need to keep building. The thing about beating New Zealand - it gives a lift to the country but you don't get a trophy."

Ireland missed out on a Six Nations title to Grand Slam champions France, on Saturday, but bagged a genuine trophy reward when they lifted the Triple Crown, after their 26-5 victory over Scotland. Following that, Sexton had something to say to those recent critics. 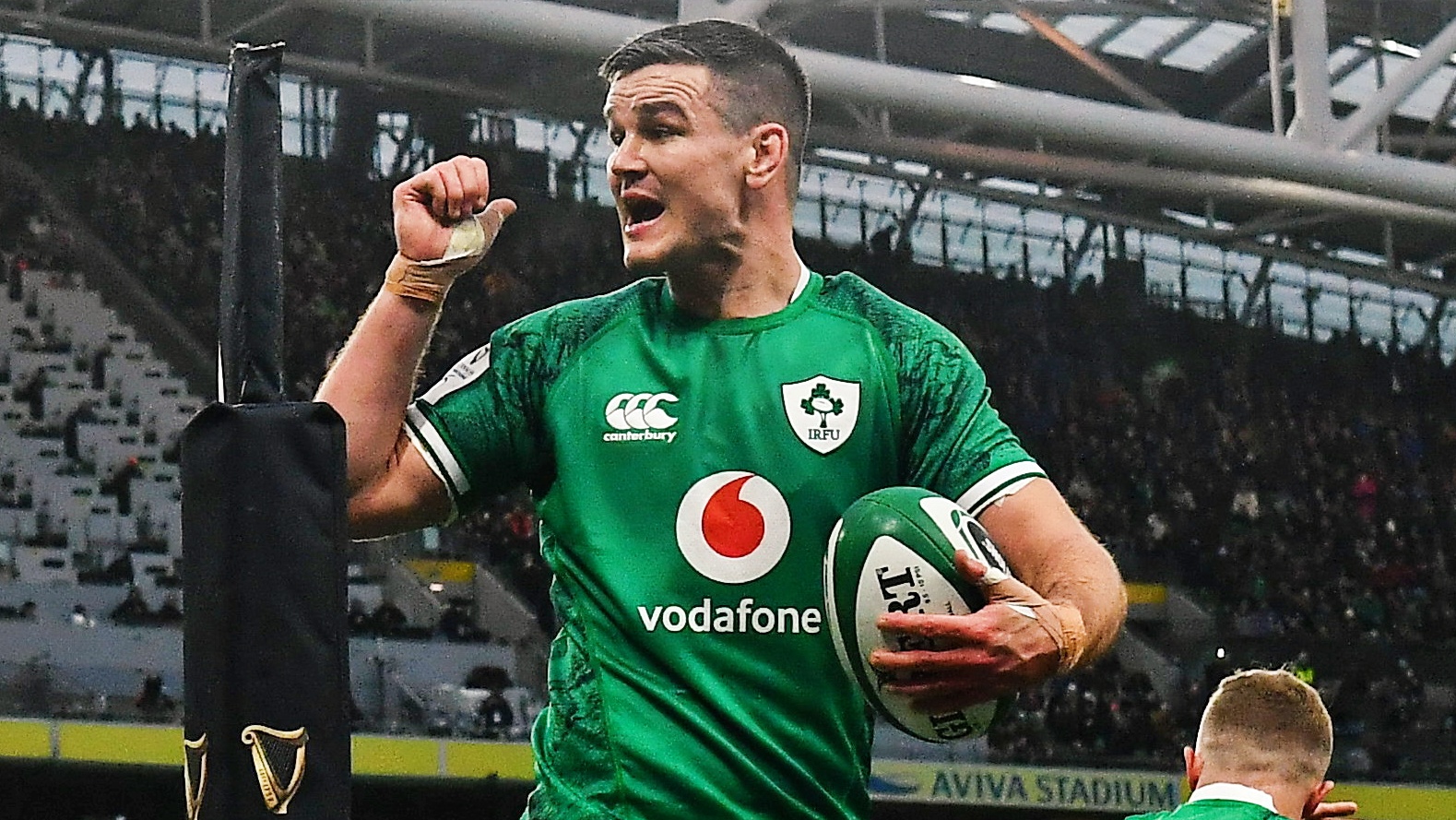 Johnny Sexton of Ireland pictured during the 2022 Six Nations win over Italy at the Aviva Stadium. (Photo by David Fitzgerald/Sportsfile)

"The team was being written off" - Johnny Sexton

Sitting alongside Andy Farrell in a post-match briefing, squeezed in before both men rushed off to watch France vs. England, Johnny Sexton took the opportunity to remind everyone of his faith in this set of players.

"We've got great potential, haven't we?" he began. "That's what we have at the moment and we’ve got to make it a reality and we've got to keep building over the next 18 months.

"We’ve started talking about it already that this is the journey, which is a different approach to previous management that I’ve worked under which I think is the right way to do it. We’re confident in the journey we’re on."

"It's a very tight bunch," he added. "We have come from some low times. It’s only a few years ago we were being written off.

"So we will keep our feet grounded because we know how fickle it is. I’m just proud to be part of this group. It is a very special atmosphere in here now."

As captain, Sexton will of course talk up his teammates and defend them if they are being criticised. One thinks back to how he had James Lowe's back after he had a Man of the Match performance against New Zealand.

Whatever articles Sexton read or shows he caught up on, he was clearly waiting to have his say about some of Ireland's tougher critics. The only shame was that it came after finishing second in the Six Nations.

This was another championship that this team were well set for, but just evaded them. Conversely, for all the Sexton critics, the veteran missed the only game they lost, against France.

Sexton clearly could not wait until the 2023 Six Nations, the World Cup or even the summer tour to New Zealand to get his licks in first.

Knowing he doesn't have too many days like this left in the Aviva, Johnny Sexton made sure to enjoy it with his kids Amy, Luca and Sophie pic.twitter.com/T0Un9mb1tT

After getting ahead of himself, and settling scores with ALL the perceived critics, the 36-year-old got real about the upcoming tour to New Zealand, which is set to include three Tests and at least one extra 'tour' game.

"At the moment it’s only an opportunity," Sexton told us, and warned his teammates. "We need to keep developing.

"We’ll get a few bolters [touring], I think - guys that can make a huge difference and that’s what we need over the next 18 months to make the squad stronger and better. I’m sure that’s what Andy will be doing and we’re relying on the leadership to do too. So, plenty to be excited about in the future for this Ireland team."

On RTÉ, their rugby panel discussed if Johnny Sexton would travel to New Zealand but there is no question about it.

This is his team. This is his vision. This next generation will be part of his legacy. He is going.


popular
Damien Comer targeted in brutal, chaotic Armagh and Galway brawl
Roy Keane makes good on bet after seeing Cork fall to Dublin
Shane McGuigan does a 'Sueey' Cristiano Ronaldo would be proud of after winning MOTM
Conor Gleeson's gesture to heartbroken Ethan Rafferty a tonic after sideline brawl
Liverpool set £60m Mo Salah price as contract talks continue
"I have decided to stay in Ireland" - Oisin Mullin gives Mayo fans the news they have been praying for
Malcolm Ebiowei 'ignored Erik ten Hag text' before signing for Crystal Palace
You may also like
5 days ago
"Brave" Harry Byrne backed to lay down World Cup marker in New Zealand
1 week ago
"Hopefully we'll come away with a gem" - Joe McCarthy potential sealed Ireland selection
1 week ago
Andy Farrell had an interesting take on Irish provinces being outmuscled in big games
1 week ago
Nathan Collins stuns Ukraine with goal sweeter than Michael Obafemi's
1 week ago
"I got sent the clip!" - Mack Hansen wasn't letting Greg O'Shea forget his Ireland comments
1 week ago
Ireland team Andy Farrell should start in First Test against the All Blacks
Next Page