"We should do all we can to keep him around as long as possible. We should scrap and claw to keep him in Ireland, especially if we go deep into the World Cup."

Those were my words at the end of 2017, as Ireland ended the year on a seven-game winning streak and set their sights on the 2018 Six Nations.

It was only three months ago but a lot has changed since then, and most of it for the better. Players like Jordan Larmour, James Ryan, Jacob Stockdale and Andrew Porter have all stressed their Test match credentials and Ireland have claimed only their third Grand Slam.

Ireland won the 2018 championship at a canter and did so without the likes of Jamie Heaslip [retired], Jared Payne [close to following him], Sean O'Brien [injured] and Simon Zebo [exiled ahead of his French move]. They won without the biggest turnover machine in Europe, Tadhg Beirne, and without the class and assurance of Andrew Trimble and Tommy Bowe.

Back in December, we claimed Schmidt had 'unfinished business' with this team. He wanted to reassert their European dominance and he is targeting past a World Cup semi final. He is now Ireland's greatest ever coach but he is far from finished.

Our stance on Schmidt, who is now an Irish citizen, remaining on past the 2019 World Cup is as fervent now as it was at the turn of the year when we stated:

'Many then believe he will return to New Zealand to take up a job with the All Blacks. Sure why would he stay here when the All Blacks want him? That attitude still pervades even though we have now beaten the fabled side and five men - Furlong, O'Brien, Murray, Sexton and McGrath - have done it twice.'

All Blacks coach Steve Hansen is set to step down after the 2019 World Cup, or step back at least. By then he will have been involved with the New Zealand national side - as assistant then head coach - for 15 years. Warren Gatland is set to return to New Zealand, from Wales, after the tournament but most locals want Schmidt. 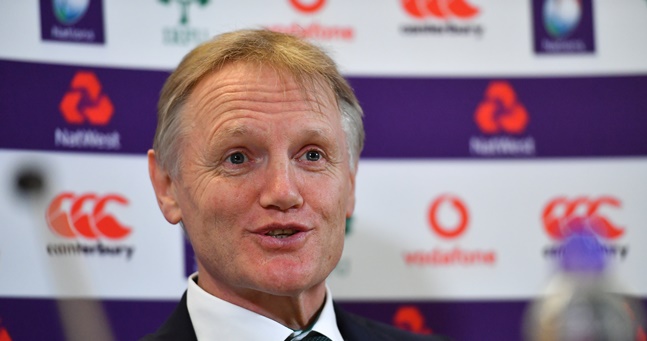 Were Schmidt to leave Ireland, he would go with nothing but the best of wishes and with a legacy of success left behind.

END_OF_DOCUMENT_TOKEN_TO_BE_REPLACED

Ireland should be doing all they can to keep him around as long as possible, though. Six Nations and World Cup campaigns will always be there but there is one job offer that could definitely help with getting Schmidt to stay on - becoming head coach of the 2021 British & Irish Lions.

Schmidt was interested in talking to the Lions management about leading the representative side to New Zealand in 2017 but they had already promised the position to Gatland after his 2013 success in Australia. He was approached about an assistant coach role [overseeing the backs primarily] but he turned it down.

Lions officials should cut the two years of suspense now and offer the job to Schmidt.

He would be expected to step away from his Ireland duties for an entire season but between Andy Farrell and Simon Easterby, the men in green would have two top men to hold the fort. If they needed any more assistance, they could call on Leinster [and former England] coach Stuart Lancaster.

Schmidt has been in Europe - with Clermont, Leinster and Ireland - and has won a Top 14 title, a PRO12 title, a Challenge Cup, two Heineken Cups, three Six Nations and a Grand Slam. With Ireland hosting England and France in the 2019 Six Nations, he will be after consecutive Grand Slams but he is desperate to make his mark at the World Cup.

The NZRU want Schmidt to return home but he has forged a pretty dam successful one here.

He will be sorely tempted to take over the All Blacks but the Lions job offer may sway him yet.