Our attitude to Joe Schmidt's departure date needs to change

"Tomás is the first of the new caps to be carried out. Tony, for such a big man, gets into all sorts of trouble. We are back drinking shots of 70% proof Inferno again – ‘You drink one, I drink one’ – until, 10 drinks later, you are well on."

Tomás O'Leary and Tony Buckley were not the only Irish players to give it their all, off the pitch, on their first senior Ireland tour.

Stephen Ferris' recollection of crazy night out in Sante Fe were not far off the norm for Ireland's end-of-season tour to Argentina, in 2007. Two close games but Ireland lost out on both occasions.

A couple of months later, back in Ireland, many of the same players were involved in a food fight at a Chinese restaurant in Killiney. Eddie O'Sullivan watched it all unfold but made sure the restaurant was duly compensated. No harm done.

Seven years later and Ireland were back in Argentina for an end-of-season tour. Many of the players were on the fringes of Ireland's squad over the past couple of seasons and there were a few uncapped lads on the plane. If they expected the same sort of laid-back experience as the lads in 2007, they were sorely mistaken.

Joe Schmidt was the Ireland coach now and there was only one down day in the entire two-week itinerary. The players were here to work. Many grumbled but they had to lump it. They were being watched and they had standards to live up to. They won both matches. 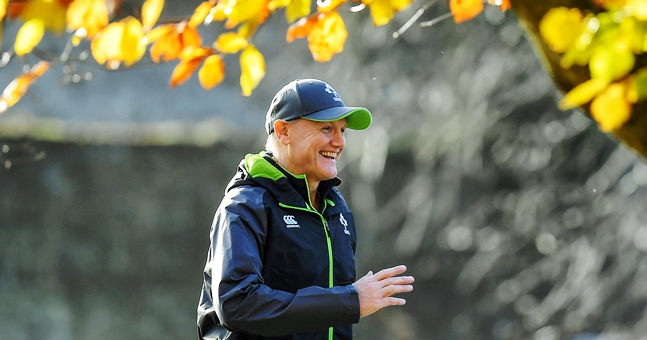 There are anecdotal stories from the current Ireland camp of players' wine in-take at post-match functions being noted or of Schmidt recalling which players had two slices of pizza, instead of one, after a training session. Once a school teacher, always a school teacher. These are his lads and he is responsible for them. Likewise, they must be responsible to him.

Schmidt is now four and a half years into his tenure as Ireland coach and he has delivered some memorable performances, historic results, three Six Nations championships [one Grand Slam].

The common conversation, as we bask in Ireland's latest championship, is that Schmidt has unfinished business with this team. He was delighted with claiming the Grand Slam but he is laser focused on winning the 2019 World Cup. As a nation, we would celebrate a semi final but Schmidt is plotting greater deeds.

END_OF_DOCUMENT_TOKEN_TO_BE_REPLACED

Many then believe he will return to New Zealand to take up a job with the All Blacks. Sure why would he stay here when the All Blacks want him? That attitude still pervades even though we have now beaten the fabled side and five men - Furlong, O'Brien, Murray, Sexton and McGrath - have done it twice.

By 2019 he will have spent 11 years [almost one-fifth of his life] in Ireland and the bond is strong already. We should do all we can to keep him around as long as possible. We should scrap and claw to keep him in Ireland, especially if we go deep into the World Cup.

To get a greater sense of the man, we spoke with several of his former players, current Ireland stars and coaches that consider himself fortunate to work alongside him.

"None of us had really heard of him. Isa Nacewa had brought him in - he knew Joe and had suggested we bring him in to [Leinster chief executive] Mick Dawson. Joe just started changing everything and shaking everything up. It was really challenging for him, and us, as we lost our first four games. Everyone was questioning everything.

"We didn't know which way to look, to be honest. He was completely changing everything we had done. Changing the status quo. In sporting organisations, you are reluctant to change. You begin to get used to things and we had been used to Michael Cheika, who had been with us for four years; we had done things in a certain way. Suddenly Joe was coming in and saying, 'No, that's different. That's not good enough'.

"It's really easy to make changes if you're winning but Joe had to back himself and keep driving things. I'd say he doubted himself as well." - June 2017

McLaughlin recalls being able to relax when going from Leinster camp, under Schmidt, to an Ireland team coached by Declan Kidney [at the time]. Schmidt has realised, since taking over the national team from Kidney, that Ireland must be the pinnacle and has stepped up the intensity levels again.

The likes of Paul O'Connell, Keith Earls and Simon Zebo, who had been used to life under Kidney with Ireland, found themselves initially stunned when Schmidt laid a whole new workload and level of expectations upon them. However, to a man, they revelled in the new environment.

END_OF_DOCUMENT_TOKEN_TO_BE_REPLACED

"If I was struggling with an area of the game which I didn't understand, he would be one of the first people I would ring and ask because he watches rugby all around the world and he knows exactly what you would be talking about. He's interested in the Top 14 as well." - April 2017 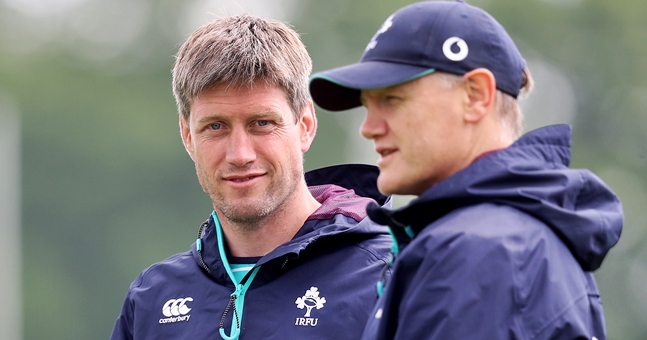 The former Ireland No.10 was called in to act as assistant coach, under Schmidt, for Ireland's Carton House and New Jersey legs on the 2017 summer tour. During the training sessions at Ireland's Maynooth base, O'Gara became a keen, fascinated student of Schmidt and his 'Water', 'Sand', 'Stone' mantra.

"The minute you come into Ireland camp, in our day it would have been flat whites all round and a few good stories from the weekend. Here, it was straight to laptops for guys. Work. There were plays to be learned.

"Joe was fantastic. Every player that was in camp, he had made a personal video for them. A work-on video or his 'moments' video as he called them - looking on things that they had done well. 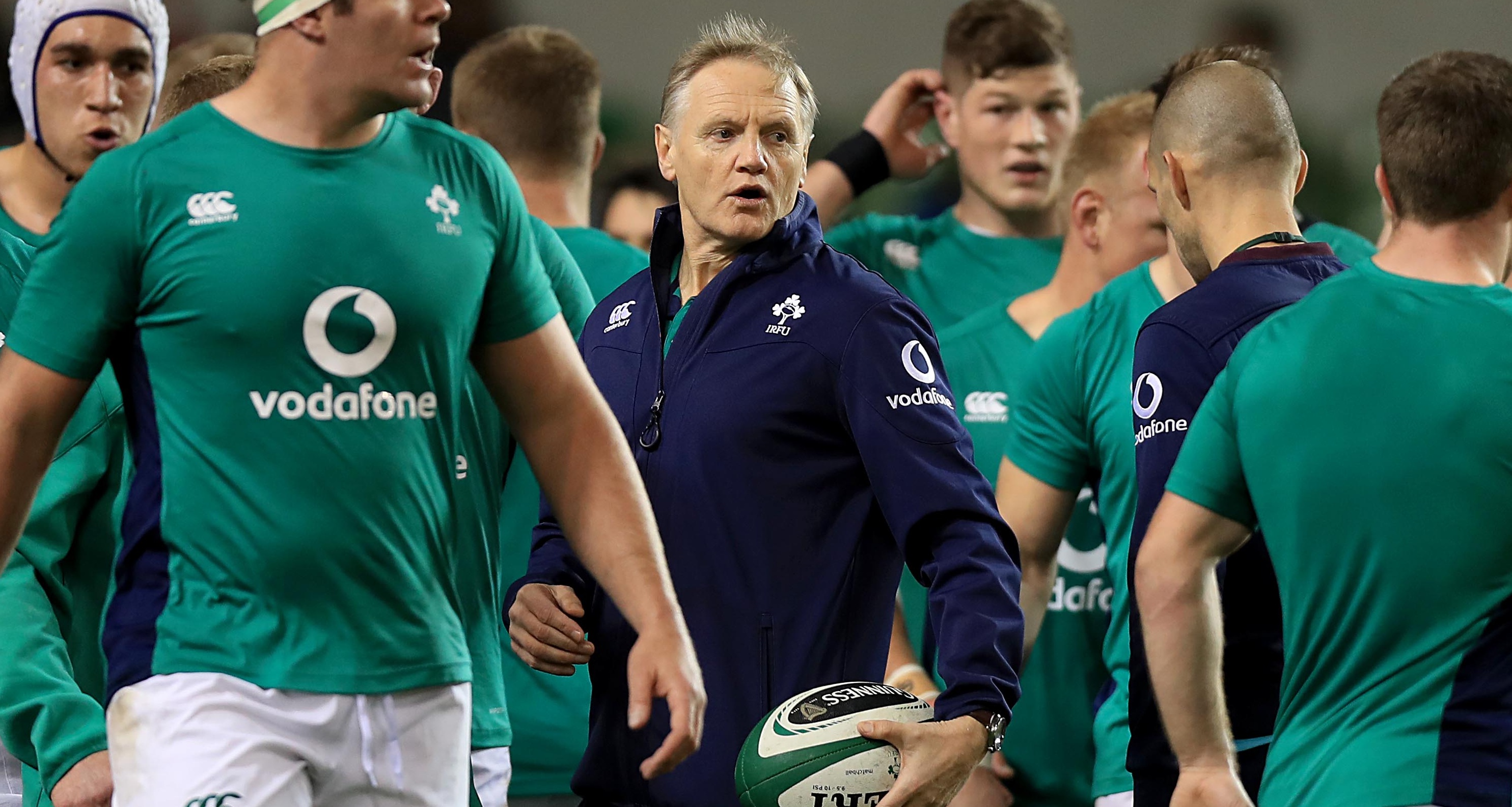 "The intensity of training is so fascinating and it was a buzz to be involved in... but once the first ball goes down, there's a bit of panic that sets in and that's where Joe comes into his own. He wants to create those really hard training conditions.

"You could see the guys that aren't that used to pressure folding up a bit. It was just fascinating psychologically." - June 2017

END_OF_DOCUMENT_TOKEN_TO_BE_REPLACED

O'Mahony is another Munster player that had to prove himself time and again to Schmidt but, given his competitive zeal, he wouldn't have it any other way. Ahead of the Guinness Series, he summed up the pervading attitude in Joe Schmidt's Ireland set-up.

"That's the focus every time anyone comes into any camp, there's no one who has ever walked into an Ireland jersey before. There has probably been guys who have walked out of it by the way you perform in training, do you know what I mean?

"It's very focused, you've got to be on the ball and the day someone wanders in thinking they're going to start or is laissez faire about how they carry on around here they'll be shown the door." 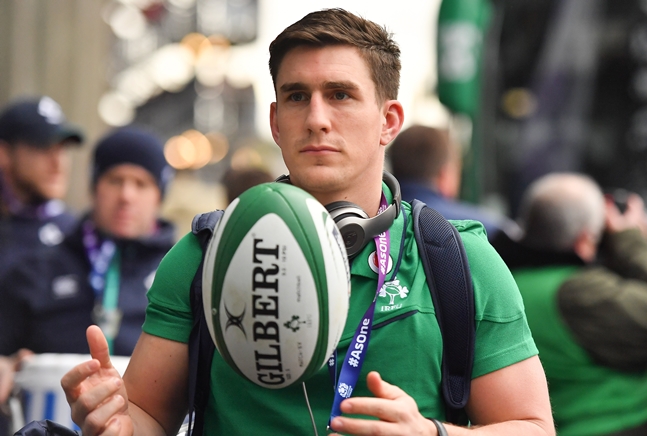 "Joe would have a subs meeting the night before the game and he'd talk to you about your role and what he'd want you to do, coming on.

"He'd show it to you up on the big screen, in front of everyone, the impact that the subs made [in previous games] when they came on.

"It's starting to become a huge facet in the sport but, yeah, it is hard to accept as a player - that you're subbing. You have that disappointment but... you take that day to get over it and then it is all about the team and you focus on your job coming on."

Schmidt keeps track of the performances of Irish players abroad and was instrumental in the recent returns - to Munster - of Chris Farrell, James Hart and JJ Hanrahan. Tadhg Beirne [currently at Scarlets] has also spoken with Schmidt before deciding on taking that journey home.

"I went home and I did speak to Joe in the off-season and I went to meet him in pre-season [2016/17] for a pretty informal chat. He thought it was a good idea to consider moving home.

"[From] the start of this season, and throughout, I've had a bit of contact with Joe. He has analysed quite a few of my games and he has sent me through lots of advice from games - like 'That was well done' or 'here is what you could have done here to improve'.

"That sort of environment where someone is giving you feedback - where an international coach is taking the time to give you feedback - I want to be part of that. It definitely helps with making the decision to come home to a really professional environment."

Recalling a difference of opinion he had with Schmidt over team selection, ahead of the 2015 World Cup quarter final with Argentina, Luke Fitzgerald offered the definitive take on the coach's mind-set.

Fitzgerald argued that he was the man for the job and told Schmidt he was making a mistake.

Schmidt mulled this over for all of three seconds before replying, "Hard luck mate, I make the last call." 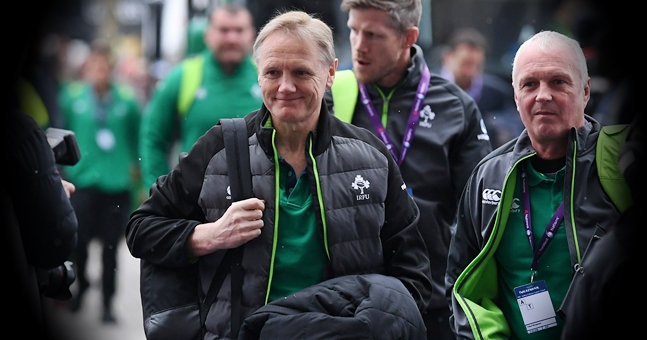