Two red cards but we're all talking about the one that got away.

Only Joe Marler can truly tell you what was going on in his head when he decided to grab at Alun Wyn Jones genitals during England's weekend win over Wales in the Guinness Six Nations. The England prop has since been cited for the incident and may be banned, as a result, until the tail-end of the season. 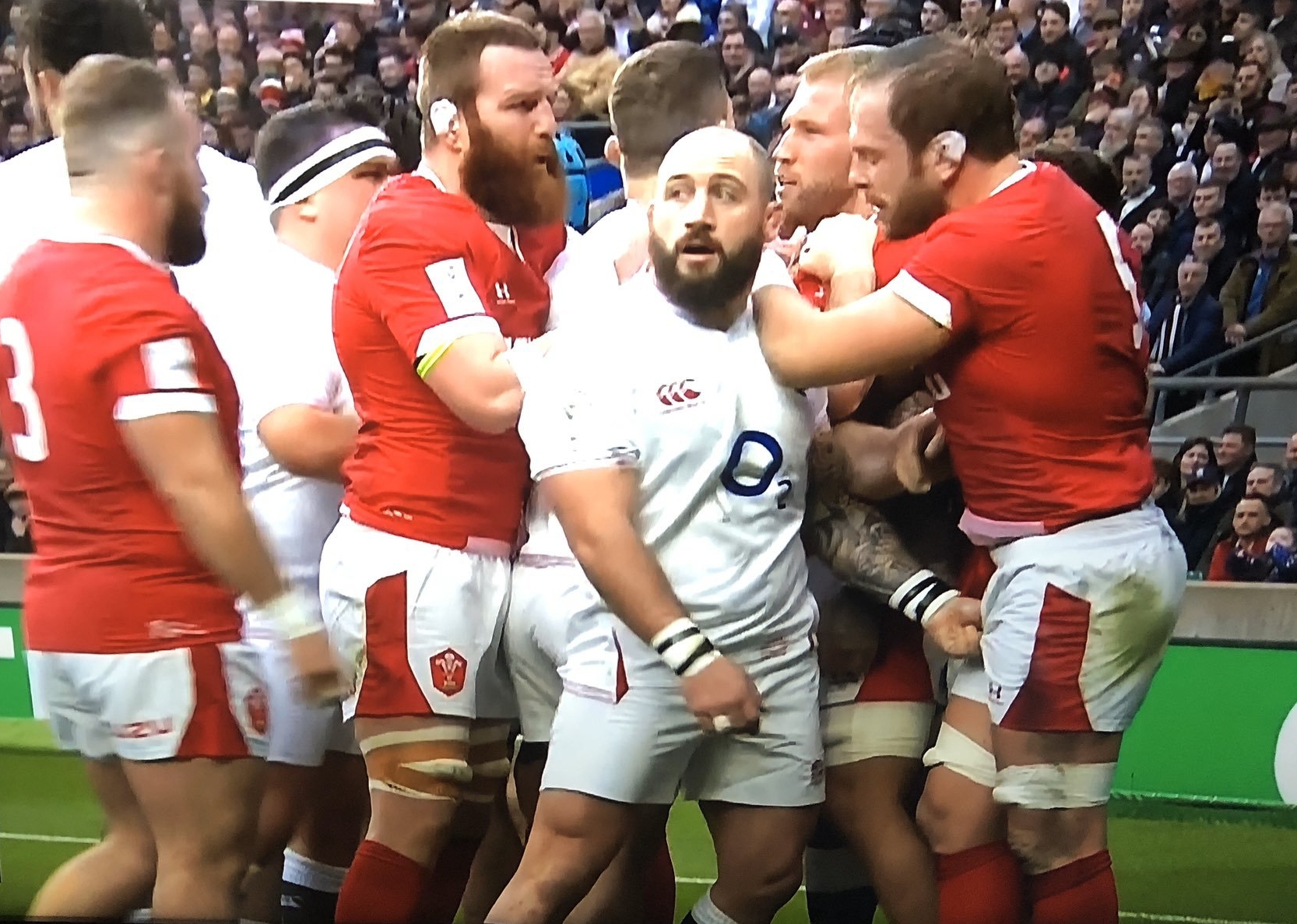 After another spate of fixture postponements, France blowing their Grand Slam bid and two dead-cert red cards - for Mohammed Haouas and Manu Tuilagi - few of us would have expected to have spent so much time discussing Marler's ill-judged attempt at humour.

On the latest episode of Baz & Andrew's House of Rugby, Barry Murphy and Andrew Trimble are joined by former Munster player and international referee John Lacey and there is a lot to get stuck into. The gang delve into all the weekend's action and Lacey talks about a moment when he had to defend Marler at a disciplinary hearing in 2010:

"I know Joe Marler a long time. I actually defended him in a citing, in 2010 at the Under 20 World Cup. I did the opening game and he was incorrectly cited for a head-butt, which he didn’t do.

"I was asked to go to the hearing, which was quite unusual for a ref to be brought into a hearing. But because it was a tournament, and we didn’t know each other and obviously the prosecution asked me did he do it and I said, ‘No’. And they kept probing me and I stuck to my guns, and he, quite rightly, the citing was cleared. Myself and Joe, ever since… well, he appreciated it."

Also covered on the show was: