"If you were Dan Sheehan, would you want to come down to Munster right now?"

"I know he's the same age, but he almost came out of nowhere."

Dan Sheehan and Rónan Kelleher ended 2021 as the one-two combo for both Leinster and Ireland. Whatever competition was there before was burnt off like a stunned winger when these lads let rip up the touchline.

Andy Farrell reached the consensus that Leo Cullen and Stuart Lancaster had, at Leinster, earlier in the year and the results were instant. The Leinster hookers are set for heavy Six Nations involvements, and the only question is who gets first crack at starting. 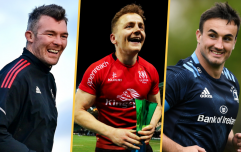 END_OF_DOCUMENT_TOKEN_TO_BE_REPLACED

The likes of Rob Herring and Dave Heffernan will still feel they are feisty dogs in the fight while Sean Cronin and James Tracy can hold Leinster's fort during the Six Nations. Make no mistake, though, Sheehan and Kelleher look set to duke it out for the blue and green No.2 jerseys for a long stretch.

On the latest House of Rugby URC [LISTEN from 56:00 below], Greg O'Shea and Darren Cave mulled one option that international coaches of old may well have pushed hard for - getting them both game-time at rival provinces. 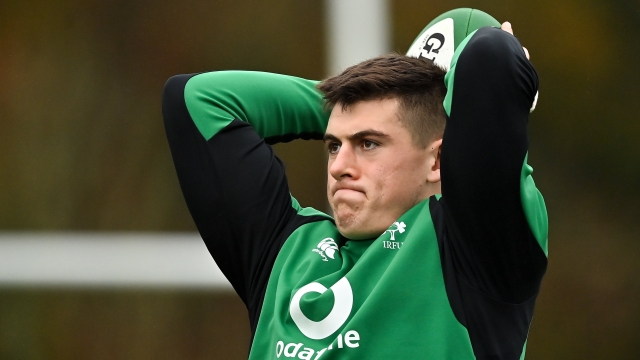 The case for Dan Sheehan to join Munster

"Do you know what I was thinking about Sheehan?" Greg O'Shea began, during a look ahead to the rugby year ahead. "Why don't Munster bring him down?"

"You'd obviously try to pay him a little more, if you could, and Munster need a hooker.

"You'd have Kelleher and Sheehan playing against each other, and starting each week. Sheehan, get him down to Munster." 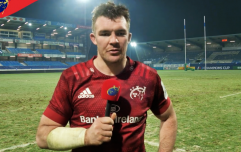 END_OF_DOCUMENT_TOKEN_TO_BE_REPLACED

Co-host Jason Hennessy was quick to point out, "We did that with Joey Carbery, though, and look how that turned out." The outhalf had a promising start at Munster but has been plagued with injuries over the past two years.

The plan had been for Carbery to get more game-time at Munster so he could challenge for Leinster captain Johnny Sexton's Test spot... although former Ireland head coach Joe Schmidt would tell you it was only a polite suggestion he made to Carbery and fellow outhalf Ross Byrne.

Even back in Eddie O'Sullivan's days as Ireland coach, hooker Bernard Jackman recalled being all set for a switch back to Leinster only to be advised he should stick with Connacht to get more starts. Shane Byrne was the main No.2 at Leinster, at the time, and O'Sullivan wanted to spead the hooking wealth. 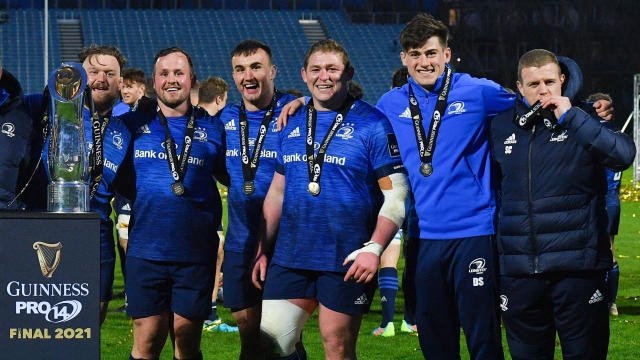 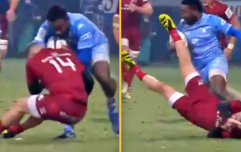 END_OF_DOCUMENT_TOKEN_TO_BE_REPLACED

Darren Cave believes Rónan Kelleher has broken through to the next level and is approaching, if not already reached, world-class. Certainly during the Autumn Nations Series, the 23-year-old looked mighty impressive in a dominant, dashing front row with provincial teammates Andrew Porter and Tadhg Furlong.

In naming their 'Players to Watch' in 2022, Hennessy selected 21-year-old hooker Scott Buckley, who made his senior Munster debut in a European win over Wasps, last month. When he noted Buckley was a 'real star for the future', Cave quipped, "It's a shame you guys just tried to get Dan Sheehan to sign for Munster!"

"They should bring him down," Hennessy responded, "but if you were Dan Sheehan, would you want to come down to Munster right now?!"


popular
Craig Casey and four Leinster stars feature in French scouting report for Six Nations
Man United squad: The players the club should keep and the players they should sell
The four unluckiest players to miss out in our predicted Ireland squad
Australia confirms Novak Djokovic is banned from country for three years
Xavi left ‘nearly speechless’ after seeing Dembele wage demands
'To hear people talking about Ireland, it obviously gives you confidence' - Conor Oliver
Roy Keane's half-time comments prove correct after David De Gea admission
You may also like
6 days ago
"These guys don't have a clue" - Ian Keatley speaks up for Johann van Graan
6 days ago
"It was brave... if you're slating Munster, you better make sure you win"
1 week ago
Munster linked to Wasps and All Blacks centre Malakai Fekitoa
1 week ago
Thomas Ahern lays down an impressive marker for year ahead in Munster victory
1 week ago
Tadhg Beirne is the best player in the country, and has been for quite a while
1 week ago
Referee talked into Simon Zebo red card after baffling explanation
Next Page