"Back then, Seán Cronin was the only established Test player."

The Ireland squad for the 2022 Six Nations has four Connacht players and it would have been five had Ultan Dillane signed on to play his club rugby here beyond the end of this season.

It is not quite the heady days of June 2016 when, fresh off winning the PRO12, Connacht had seven players named in a Joe Schmidt squad that would tour South Africa. Four is a decent selection, though, and a few others [Conor Oliver, Kieran Marmion and Cian Prendergast] were pushing for Six Nations involvement. Indeed, Prendergast was included as a 'development player'.

END_OF_DOCUMENT_TOKEN_TO_BE_REPLACED

It makes a welcome change to what came over the first 20 years of professional rugby in Ireland. Jerry Flannery, Bernard Jackman and Seán Cronin - three hookers that headed West in search of opportunities to prove themselves - flew the Connacht flag in the 2000s, but there were slim pickings outside of that trio.

Ian Keatley won his first two Test caps when he was at Connacht. He left Leinster in 2008 in an effort to strike out on his own and prove his outhalf credentials. He played three seasons with the Westerners before a 2011 move to Munster.

On House of Rugby URC, [LISTEN from 45:30], Keatley spoke about how playing for Connacht is now a viable option for ambitious young players targeting international rugby. 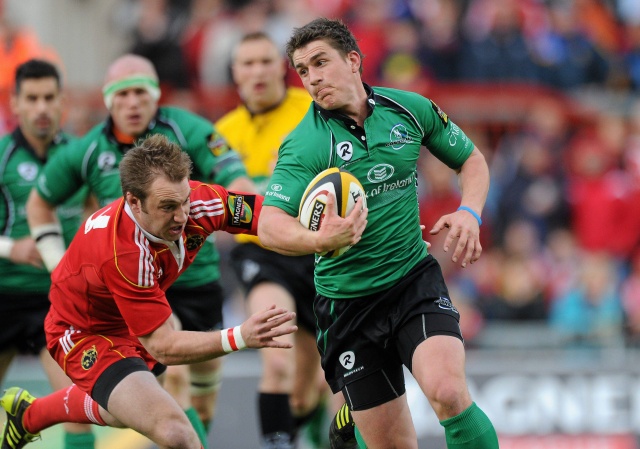 In early 2008, Ian Keatley was in the Leinster senior squad but fourth in the outhalf pecking order, behind Christian Warner, Felipe Contepomi and Johnny Sexton.

END_OF_DOCUMENT_TOKEN_TO_BE_REPLACED

With Isa Nacewa arriving from Auckland Blues, Keatley was offered a contract to stick around. "Going to Connacht was about getting game-time," he recalls. "I was thinking that, if I went there, I could get 30 games in a couple of years. By the time I left, I had around 80, and I was only 24. To get that playing experience was crucial." Keatley adds:

"Only Seán Cronin was an established Irish player at that time [2008]. There was John Muldoon and Gav Duffy - they'd get one or two caps, here and there.

"Now you can see how that has changed. There was Robbie Henshaw, when he was there. Kieran Marmion, Bundee Aki, Finlay Bealham, Ultan Dillane, they are all established Ireland players now, with an average of about 20 caps.

"It's not a stepping stone any more. They have really put that foot forward... they now need to really perform in the United Rugby Championship - be up in third or fourth - if they are going to kick on."

During a recent interview with SportsJOE, Connacht flanker Conor Oliver revealed he was set to join Leicester Tigers, in 2020, before he spoke with IRFU Performance Director David Nucifora.

That conversation, allied with Oliver's Test ambitions, saw him move from Munster, who had offered him a new contract, to Connacht. His increased game-time and excellent form have seen him enter the Test selection picture, but he just missed out on Farrell's initial squad.

The latest addition to the Ireland squad, from Connacht's ranks, is winger Mack Hansen. The 23-year-old, who was born in Australia and arrived in Galway from the Brumbies, has caught the attention with his bold, attacking style and a number of well-taken tries.