"I felt like I had a point to prove."

If you think that missing out on the first pass of Ireland's 2022 Six Nations squad would throw Conor Oliver off course, you may not have followed his journey too closely. He does not always take the straightest path.

Andy Farrell named a 37-man Ireland squad for the first couple of rounds of the Six Nations, last week, and the final flanker call came down to Oliver or Nick Timoney. It would have been debated a while, but the Ulster back-row got the nod.

END_OF_DOCUMENT_TOKEN_TO_BE_REPLACED

Both men were teammates for Leinster U20s, back in 2014, and ended up taking diverging paths in professional rugby. Timoney went north while Oliver got into the Munster academy, won a senior contract there and ended up moving to Connacht in 2020.

Those diverging paths will not intertwine in Ireland camp just yet. However, after getting the attention of the Ireland coaches, Oliver is doing all he can to stay where they can see him. 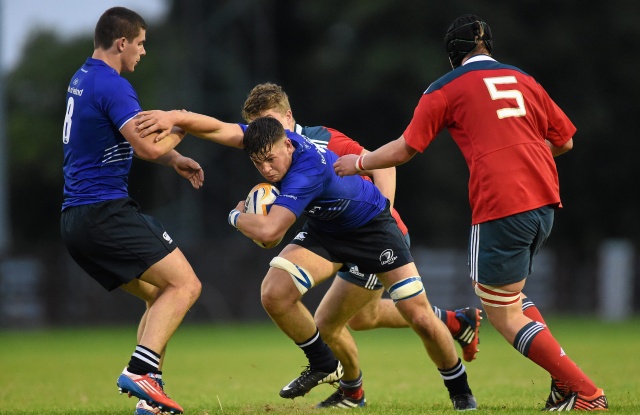 Conor Oliver, Leinster U20, is tackled by Will Leonard, left, and Glen Stokes of Munster. in 2014. (Credit: Pat Murphy/SPORTSFILE)

From Skerries to Blackrock, and a Senior Cup win

END_OF_DOCUMENT_TOKEN_TO_BE_REPLACED

Having started with Skerries RFC from the age of seven, Oliver immediately got into the swing of rugby. He enjoyed football and GAA too, but sided with rugby when he hit his teenage years and tough decisions had to be made.

It helped that Blackrock College was keen on getting him in for his Leaving Cert stretch, although he was told by coaches that there would be no walking into their Senior Cup teams. It took a while to get adjusted - the daily travels imposed on study and rugby time - but he eventually opted to board at the school and never looked back.

In March 2014, Oliver and his old Skerries mate David O'Connor helped Blackrock to the Leinster Schools Senior Cup after they beat Clongowes at The RDS. He recalls:

"That team we had, Joey Carbery was playing 10, Jeremy Loughmann loosehead. David was playing second row. Nick Timoney, Caelan Doris. It was me, Nick and Caelan - we were all in the back row. Hugo Keegan was playing on the wing. All them lads in there are still playing professional, so it was one of... I don’t how many went pro. Most of the lads went into the academy after that, as well." 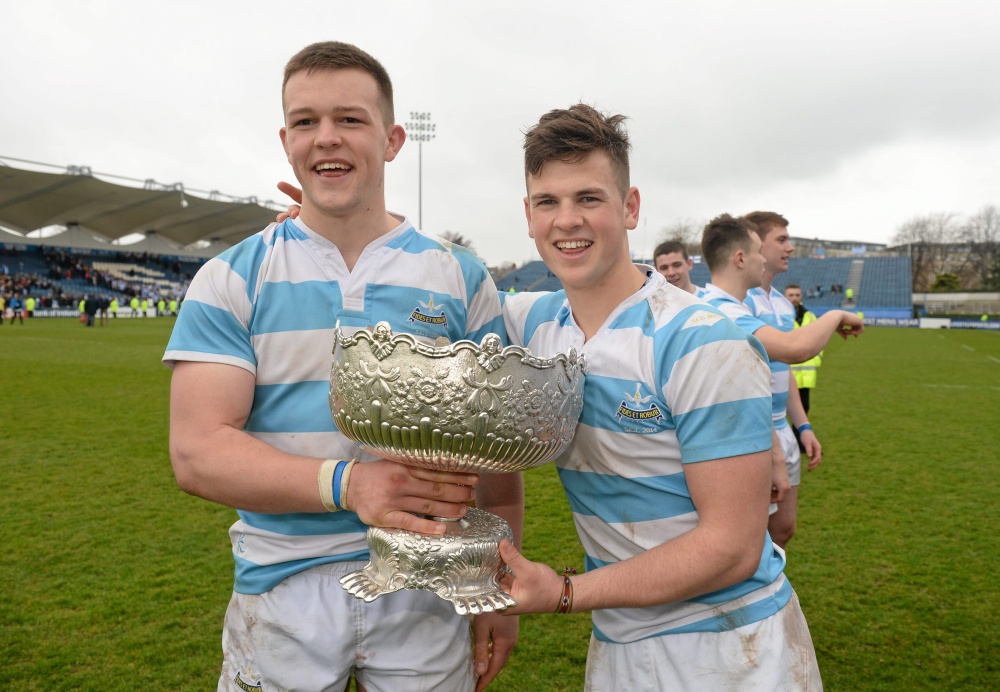 From Belfield to Limerick, and honouring Axel at Thomond Park

You often hear talk of the Leinster Rugby production line. While many at the province would scoff at the implications of this all powerful industrial rugby complex, they do seem to unearth back rows at a scarily rapid rate.

All well and good for Leinster, but Oliver was finding his way into their full academy difficult. There was a glut of ready-to-go talent in his way.

"Dave Fagan was kind of the main S&C (coach) there, but he kinda ran the whole show. I remember going into his office and finding out that, look, I wasn’t going to get an academy contract.

"[Leinster] just said, look, they think I’m good enough for the academy contract but they have the depth of back row that they have in Leinster. Like Dan Leavy he’s only a year or two older than me, then Josh [van der Flier] was obviously there as well, at a similar age. Josh Murphy too. Obviously, I was so upset, like any young player would be.

"But then I got told, 'Look Munster are interested'. It was just kinda like 'next job' mentality - the goal was to still play professional rugby. Obviously, the goal was Leinster when I was there - that’s your boyhood club like your gonna play - but when that wasn’t there, I kind of had to just look onto the next challenge. When I heard Munster were interested, I didn’t even hesitate. I said 'Yes' straight away."

At 19, he was off to Limerick. He joined Garryowen to get club experience with them and went into the Munster academy. By February 2016 he was making his senior debut and, nine months after that, starting in a highly emotional match at Thomond Park against the Maori All Blacks.

Named in a back row with Tommy O'Donnell and Robin Copeland, Oliver was reported as 'tackling like a dog' all night as Munster beat the Maori side, a little over three weeks after losing coach Anthony Foley to a heart problem at the age of only 42. 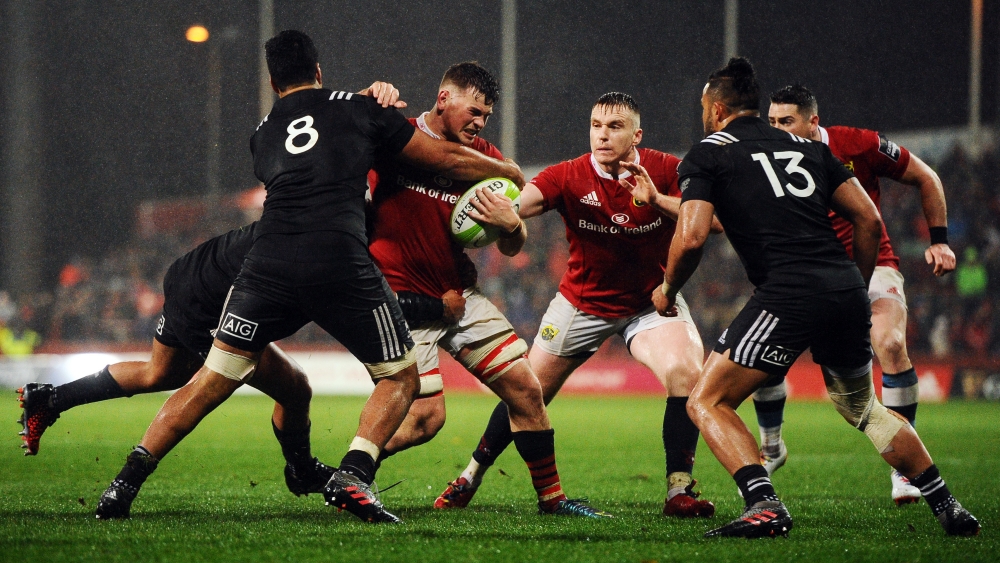 Conor Oliver of Munster is tackled by Akira Ioane and Matt Proctor of Maori All Blacks. (Photo by Diarmuid Greene/Sportsfile)

From Munster to Connacht, via a diversion a Leicester Tigers

The 2016/17 was as good as it got for Conor Oliver at Munster. Injuries kept him out for long stretches and he often had one-and-done chances in the starting XV or off the bench.

He was limited to only 12 games over three seasons, but Munster saw enough in him to offer an extension. Oliver was getting back to full fitness and seeking regular starts. He takes up the tale:

"What happened was, I went to Leicester for two weeks, just on a training, kind of a trial. And so I was over there and [IRFU Performance Director] David Nucifora wanted to try keep me playing in Ireland.

"I was over in Leicester and I didn't know if they were going to offer me a contract. I was sitting in limbo a bit, so I ended up coming back to Munster - go back in to Munster and train with them, halfway through the season.

"So, that kind of happened and then Connacht, and the whole opportunity to come to Connacht came up. I obviously had a chat with Andy Friend, and Sam Arnold had signed already, and I would have been very close to Sam, as well, and I chatted to him, and then with Alex Wootton, as well.

"Obviously, I still have international ambitions, and stuff, and if I went to Leicester they were obviously going to go away. That's the end goal. The process might have changed, over the years, but the end goal is still the same. So when the Connacht thing came up, I just felt I wasn't finished in Ireland yet. I didn't really want to leave. I kind of felt like I had a point to prove - that I can play and I'm good enough to be a starter in one of these Irish provinces."

Oliver ended up finishing out the Covid-affected 2019/20 season with run-outs for Connacht at the Aviva Stadium. When most of us will still confined to our homes, the Dubliner was finding a new one with Connacht. 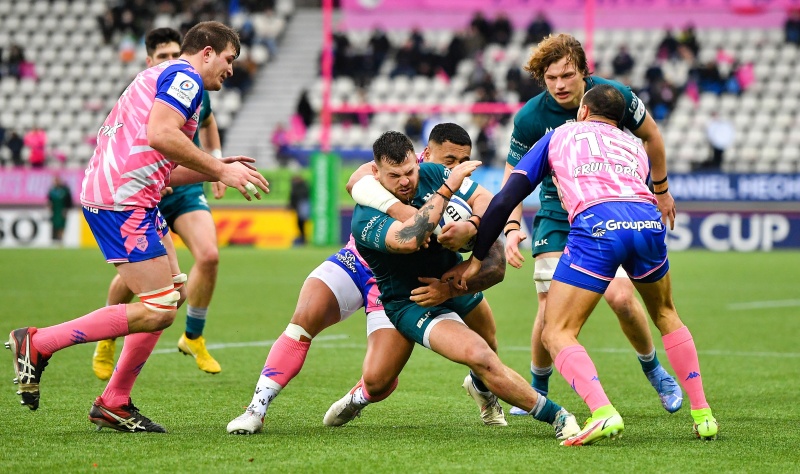 As good as Conor Oliver was in that end-of-season cameo, in 2020, he was better still in his first full season.

Come 2021/22 and having turned 26, he has taken up a level against. The best Connacht back row, this season, has seen him wearing No.7 with Cian Prendergast ["such a talented guy"] and captain Jarrad Butler ["has given everything to this team"].

"I felt like maybe last season, I could have held back a bit," he concedes.

"I don't know why - I don't know the answer to that - but I feel like this season, I'm just not holding back. I'm just putting the head down and going for it."

Connacht are still in United Rugby Championship playoff contention and have got themselves a Champions Cup Last 16 date with Leinster, in April. The positive vibes would be greater still if they could have finished off the likes of Leicester and Stade Francais after racing into second half leads.

Playing in Andy Friend's side has focused the mind while also freeing his spirit.

"It's so exciting to play, and with the players we have as well and the skill-set in the team. To be able to play like this in Galway, and some of the nights we have here with the wind and the rain, when we get a dry track, it just goes to another level."

The goal remains pulling on an Ireland jersey and hearing the anthem ring out.

He has a goal with Connacht, too. "My main priority is trying win as many games and put Connacht, as a club, in the best possible position to win silverware."