Awful circumstances, but a sport and a community coming together.

The drivers of the Formula One circuit put behind their competitiveness and rivalries this morning to remember a friend and a colleague.

Ahead of the Hungarian Grand Prix, the world's finest drivers locked together in a touching huddle surrounding helmets that were offered in memory of Jules Bianchi.

The French man's family even showed up in a show of real strength and courage just days after Bianchi's funeral. 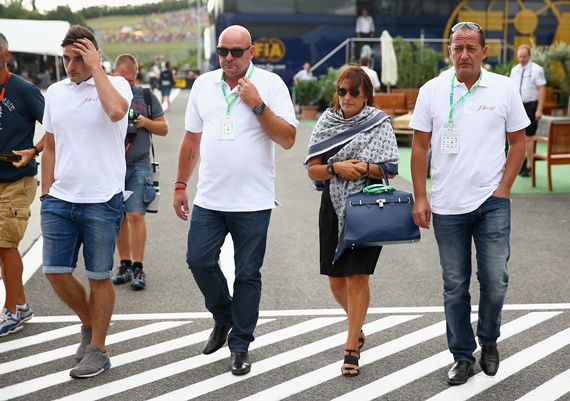 And everyone was keen to remember Jules in their own way today in Hungary.

A fire marshal even had his name imprinted on his helmet. 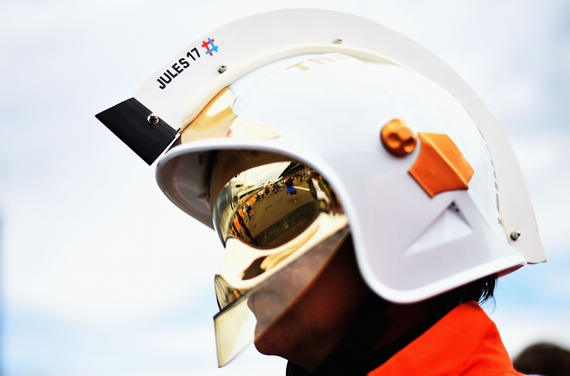 And the respect observed by everyone during the Hungarian national anthem was extremely emotional.


popular
QUIZ: Name the last clubs these footballers played for before joining Manchester United
SportsJOE 2000s Football Quiz | Round 1
QUIZ: Name every All-Ireland football winner of the last 33 years?
The SportsJOE 12 o'clock quiz | Day 68
The SportsJOE 12 o'clock quiz | Day 67
"I went up to the hotel, got attacked in the room and told I'm no longer Tipperary captain"
QUIZ: Name the footballers to have played for Manchester United & Real Madrid
You may also like
1 year ago
The televised sporting line-up this weekend is absolutely outrageous
3 years ago
"Giant lizard" on the track leads to perhaps the weirdest radio message in F1 history
4 years ago
VIDEO: Fernando Alonso somehow walks away from terrifying crash at Australian Grand Prix
4 years ago
Go! Go! Go! Murray Walker is back as Channel 4 unveils its team for F1 season
4 years ago
Michael Schumacher aide denies magazine claims that F1 legend is walking again
4 years ago
WATCH: Terrifying trackside footage of F1 crash that saw Carlos Sainz hospitalised
Next Page