They are calling it a 'Christmas miracle'.

Magazine Bunte has published the claims, quoting a "confidant" of the seven-times Formula 1 world champion who says: "Michael is very thin. But he can once again walk a little with the help of his therapist. He manages to walk a few steps. He can even raise his arm." 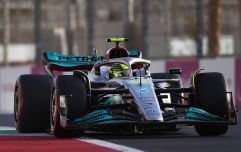 END_OF_DOCUMENT_TOKEN_TO_BE_REPLACED

The publication described Schumacher's progress as 'a Christmas miracle'.

Schumacher spent nine months in hospital followed the crash in the French Alps, where he suffered head injuries that required multiple brain surgeries and months spent in an induced coma.

Since September 2014, the 46-year-old has been cared for at his home in Switzerland, where reports on his progress have been sporadic at best and often unconfirmed as the family have sought to keep Schumacher's recuperation as private as possible.

The German's manager, Sabine Kehm, denied the new claims, stating that: "Unfortunately, we are forced by a recent press report to clarify that the assertion that Michael could move again is not true. 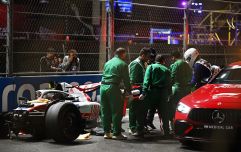 END_OF_DOCUMENT_TOKEN_TO_BE_REPLACED

"Such speculation is irresponsible, because given the seriousness of his injuries, his privacy is very important for Michael. Unfortunately they also give false hopes to many people involved."

Earlier this year, Kehm said Schumacher's condition was improving slowly, but Bunte has said it is standing by its latest story.


popular
"I think there are only five Kilkenny players who are guaranteed to start on any given day" - Cody's motivational methods
Gary Neville reveals Man United ignored advice to sign Joao Cancelo
Sean O'Brien could get to play England, at Twickenham, in his final game
QUIZ: You have 60 seconds to answer one Premier League goalkeeper question
Boris Johnson slams Jurgen Klopp for defending Liverpool fans booing national anthem
Jamie Vardy says 'Wayne Rooney is talking nonsense' about telling his wife to 'calm down'
Gearoid Hegarty's harsh red card leads to a heated debate in The Sunday Game studio
You may also like
1 month ago
Saudi Arabia Grand Prix to go ahead despite missile strike after F1 drivers agree to race
1 month ago
‘Human error’ judged as cause of for controversial Formula One finish
2 months ago
Nikita Mazepin hits out at Haas' decision to terminate contract
3 months ago
F1 fans sent into frenzy as Netflix announce Drive to Survive release date
5 months ago
Lewis Hamilton claimed final race 'manipulated' in unheard team radio message
5 months ago
What FIA rules is the F1 race director adjudged to have broken?
Next Page