Road racing is a hugely popular sport in Ireland. It is high speed, high risk and highly entertaining. Crowds flock to various locations all over the country on a weekly basis to soak up the atmosphere on race day.

For as long as I can remember this death defying sport has been happening across Ireland, I was surprised though to find out that it dates back over 100 years.

Leslie Moore, editor of Road Racing Ireland magazine took me back to the beginning:

“The MCI (Motorcycle Ireland) first formed on the 7th March 1902 in Dublin. It must be one of the oldest sports in Ireland both north and south.” 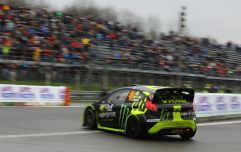 END_OF_DOCUMENT_TOKEN_TO_BE_REPLACED

A notoriously male dominated sport, it may surprise you to learn that female riders are also tearing up the roads these days. Without sounding like a misogynist pig, when I used to watch highlights of the North West 200 on the TV, I never envisioned that any of the competitors would be women, but Sarah Boyes and Melissa Kennedy are currently blazing a trail for female riders throughout Ireland and further afield.

So what attracts these young women to a sport so dangerous, people have lost their lives? The answer is, it’s ingrained in them. It’s in their blood. It’s simply a way of life.

“My dad used to race, so I’ve grown up with it, and I always wanted to have a go," Boyes tells me as she recalls growing up around road racing. 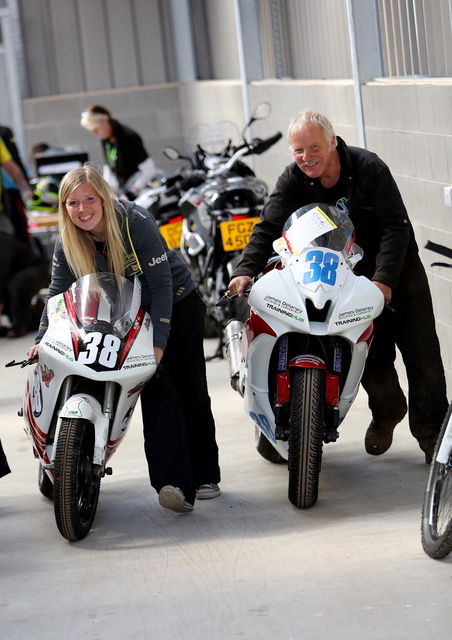 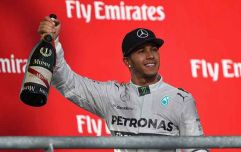 END_OF_DOCUMENT_TOKEN_TO_BE_REPLACED

It has proven to be a family matter for Kennedy too. “I’ve been brought up on bikes," she says, "my granddad had bikes, my dad had bikes and my brother had bikes. Then dad bought me a bike for my 13th birthday.”

You see, It’s very much a family affair as both highlighted in particular the support of their parents. Surely, it is hard though for a mother to watch on as her daughter effectively takes her life in her hands?

"My mum’s there, and she supports me all the time, but she doesn’t particularly like me doing it.

"My brother had a bad accident in 2011 and that scared her, so whenever I went to the roads she was a bit dubious, but she comes to every race, she just doesn’t watch me (laughs). But my whole family are behind me 100%." 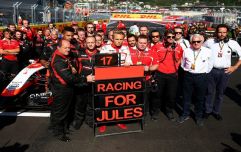 END_OF_DOCUMENT_TOKEN_TO_BE_REPLACED

Despite all of this, Boyes feels her parents would be only too happy to see her walk away from sport.

"My mum has missed one meeting in 10 years, she’s massively supportive, but If I said I was stopping tomorrow both my mum and dad would be happy. At the end of the day though they are the two people that will always be there for me.” 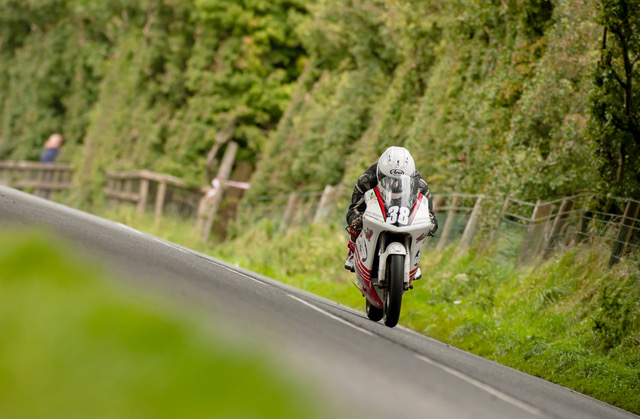 Road racing is strictly amateur. Only a few high profile riders make enough money to focus solely on their racing career. This is tough considering that the sport is quite expensive to compete in, with riders having to pay an entrance fee for each event.

“All riders pay an average of £200 a weekend just to be accepted into the race, after that then you have your running costs etc.” says Moore.

The Armoy road race, which both girls are competing in this weekend costs £90 to enter. It may not seem like a lot, but if you add this up over the course of a year, you get a sense that a lot of riders may actually be out of pocket following their passion.

Boyes works for Royal Mail, she tells me that after her monthly bills are paid, the rest of her money is circulated back into road racing. Kennedy finds herself in a similar situation working in retail she relies on help from others to ensure that she can pursue her dreams.

The sport comes with obvious dangers. The past few months have been tough for riders and enthusiasts alike. Only three weeks ago William Dunlop passed away after crashing his bike during a practice run for the Skerries 100. Another member of the famed racing family taken too soon.

It is a topic I have to broach with the girls.

How do they cope with the risks? Does the number of casualties deter them?

“We all know the risks," says Kennedy, "but when you go out there and put your helmet on you can’t think that way. If you did you wouldn't race.

"Whenever it happens it does put a damper on things. Especially if it’s someone you know or that’s been close to you. It definitely does make you have second thoughts, but that is only natural.

Boyes cuts a dejected figure when she remembers close friends she lost as a result of racing.

“It’s quite raw at the minute, I’ve lost a lot of friends over the years, I lost two of my best friends at the Ulster Grand Prix last year, that was really really hard, and since then it’s been tough, it does make you think.”

I posed the question to Leslie Moore, who said, “There’s very few I’ve met who have stepped back and never raced again, it’s the old cliche to say it’s in your blood and you want to do it, but it honestly is true.” 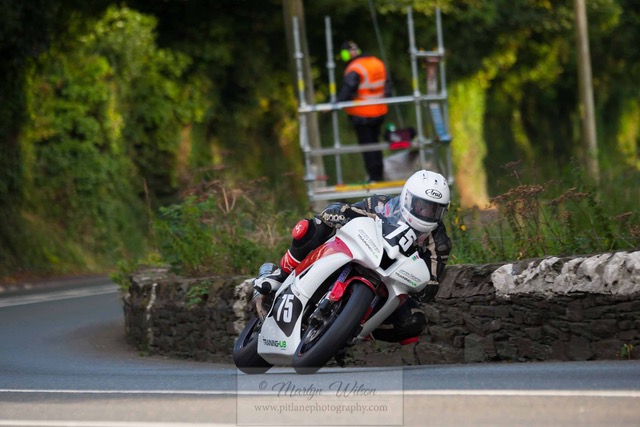 I’ve listened to both women, and it is hard to argue with the sentiment that it’s in your blood.

When I asked Boyes about this she spoke passionately about how, for her it was more than sport, “It’s not even a sport, it’s a way of life, it’s not like football on a Wednesday night where you can take it or leave it. You are so dedicated to it, and you have to be because there is such a risk involved.”

All of them speak passionately about the sport, indeed they do get defensive when asked about the many detractors who feel it should be banned and I admit that in the past I have been one of these people. I feel that is just a human reaction though.

Hearing these riders speak so passionately in defence of their sport gives me a perspective on what it means to them.

Too them it is a way of life, they understand the risks involved and they still do it, so who are we to say they should be stopped?

Both girls are gearing up for this weekend's meet at Armoy and I begin to wonder what a race weekend is like. I imagine it being quite tense as everybody prepares to go head to head in a high risk sport where one mistake can be fatal. Quite the opposite, I am told.

Sarah, who is originally from York, but now lives in Ballymena, highlights the respect everyone has for each other and the family values instilled in the racing community.

“It is like a family, especially over here everyone is so nice, nobody wants to see anyone get hurt. Everybody has respect for each other, it's really close knit, which I don’t think you get in anything else. Not just the riders. It is the clubs and the fans. Whether you come first or last everyone has respect for you doing it, which is nice.”

I can’t begin to understand why they do it and I don’t think I ever fully will. However, my respect for these girls is undeniable. The dedication they put into their sport on top of the mass amounts of money with very little return really says something to me.

And who am I to judge anyone for that?


popular
The four stone-cold certainties for All-Stars even as early as this
Bizarre MLS rule means Inter Miami will get compensation for Gareth Bale transfer
Eamon McGee just couldn't help himself with Armagh-melee tweet
"He's actually smiling putting the ball over the bar. He should nearly be fainting." - Ryall on Limerick's legacy
"The economy was one of the big reasons" - Cadogan's move from an electrician to personal training
Full Ireland player ratings after Maori All Blacks teach us an early lesson
Kylian Mbappe reportedly wants PSG to sell Neymar
You may also like
7 years ago
VIDEO: Vin Diesel [and his stunt double] have nothing on this Moto GP madman
3 years ago
First ever all-female team complete six-hour Mondello Park Fiesta Endurance Race
3 years ago
Lewis Hamilton crowned F1 World Champion for fifth time
3 years ago
Moto2 driver disqualified after pulling opponent's brake at 140mph
3 years ago
Irish sport unites in tribute to William Dunlop following racer's fatal crash at Skerries 100
4 years ago
The televised sporting line-up this weekend is absolutely outrageous
Next Page