A sad day for motorsport

Racing is in mourning today for the first man to die in a race related accident since the late great Ayrton Senna in 1994.

Jules Bianchi passed away last night after nine months in a coma following an incident at the Japanese Grand Prix. 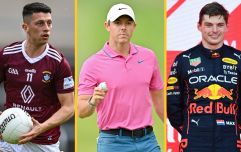 END_OF_DOCUMENT_TOKEN_TO_BE_REPLACED

The 25-year-old he crashed in wet conditions at Suzuka while racing for the Marussia team and died at his home in Nice this morning.

Bianchi competed in 34 races over the 2013 and 2014 seasons, and secured his team Marussia's first ever championship points with a fifth place finish at last year's Monaco Grand Prix.

This morning several figures form F1 and motorsport have been paying tribute to the Frenchman.

No words can describe what his family & the sport have lost. All I can say it was a pleasure knowing & racing you.
x pic.twitter.com/NVcfbV9qdR

Last night we lost a truly great guy and a real fighter #RIPJules my sincerest Condolences to his family and friends.

Woke up to these very sad news.. RIP Jules. You will be never forgotten. My thoughts are with the family pic.twitter.com/79yv2DrDFa

Yesterday we lost one of the best guys and best drivers I've ever met. I'll miss you so much my friend... #RIPJules pic.twitter.com/QYr5F9QOXS

The thoughts of everybody at McLaren are with the friends and family of Jules Bianchi. You will be sorely missed. #RIPJules #ForzaJules

Rest in peace Jules Bianchi. This sport that we love can be very cruel.

A moment with Jules that I'll always remember pic.twitter.com/Qp1M6bOJzZ

Horrible news. Rest in peace mate. A great example of fight and courage for all of us. You will always be with us. #JB17