Everything you need to know about The Motorsport Show 2019

Brought to you by The Motorsport Show

An international celebration of motorsport, performance cars, manufacturers, clubs and products will be coming together for the perfect day out.

We’re so excited for this event we can almost hear the revving of engines! Maybe it’s a vision of what’s to come, when cars are fired up and driven across the indoor runway.

And we’re not the only ones- thousands of car enthusiasts will be taking over the RDS, Simmonscourt. It’s the first year that The Motorsport Show has taken place, so we expect every racer, collector, supporter and petrol head in the country to make an appearance.

What’s happening at The Motorsport Show 2019?

Cars from across the world will be on display, including some pretty impressive wheels. Expect rally cars, hot rod supercars, formula one stars and much, much more. The World of Motor Racing Conference is happening there too- so we’re anticipating big things!

Just a quick glance at the line-up is enough to get your heart racing. Some of the car categories are totally unmissable, they’ve got karting, performance cars, drifting, model cars and celebrations for the anniversary of MINI. 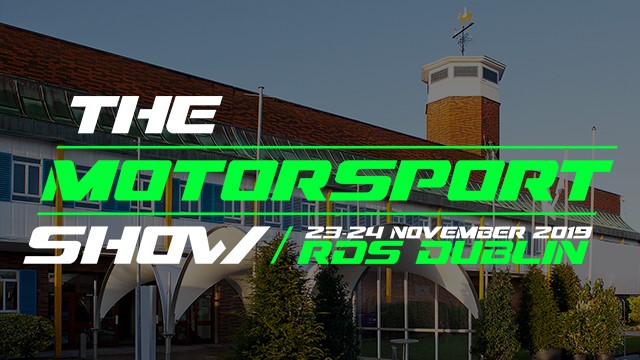 From Sandymount Station, follow the exit signs and turn right onto Sandymount Avenue. Continue until you reach the traffic lights - the Clayton Hotel Ballsbridge will be directly in front of you. For the Main Complex, Halls 1-7, turn right onto Merrion Road and the entrance will be on your left. For the Simmonscourt Complex, Hall 8, continue straight ahead from the crossroads, passing the Clayton Hotel Ballsbridge on your left. The Simmonscourt Complex is on the left hand side of the road.

Things are kicking off with a VIP and media preview on Friday 22 November. Over the next two days, the RDS will open its doors at 10am each morning. The day’s events will then wrap up at 6pm each evening.

Tickets for The Motorsport Show 2019

Brought to you by Motorsport 2019