"That’s my main goal and that’s what I’m working towards."

By the end of this week, Alex Dunne will find out if he has earned a place in the Scouting World Finals, where he could go on to learn the ropes at the Ferrari Driver Academy.

On Monday, the FDA announced that the Meath teenager had been selected, along with three other top young drivers, for a scouting camp at Maranello. This is the second such camp of the year and joining Dunne are Italians Brando Badoer and Sebastiano Pavan along with Florida native James Egozi. A statement from Ferrari reads:

'Starting [Monday] morning, in the Scuderia Ferrari headquarters in Maranello, the youngsters tackled a packed programme with various sessions covering several aspects of the life of a racing driver. They include physical preparation, motorsport theory as well as how to deal with stress...

'Track activity takes place on Tuesday and Wednesday, when the quartet will drive a Formula 4 car, fitted with identical tyres to those used in the actual race series... The final day will feature a track walk on the historic Ferrari-owned circuit, which celebrates its 50th anniversary this year and has seen so many drivers pass through its gates.'

Motorsport has a rich history in Ireland, writes Ben Johnston. A young driver from County Meath is hoping to add a chapter or two in the coming years. 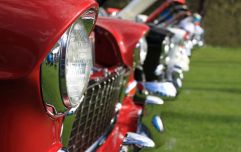 Everything you need to know about The Motorsport Show 2019

END_OF_DOCUMENT_TOKEN_TO_BE_REPLACED

For a relatively small country, we have produced a number of strong drivers who have come through the ranks, the likes of Eddie Irvine and Adam Carroll and now there is Craig Breen who back full-time in the World Rally Championship with M-Sport while James Roe is racing in the United States.

Earlier this week, we sat down at Harris Group with 16-year-old racer Alex Dunne, who is currently competing in the ADAC Formula 4 German championship. The US Racing team he drives for is run by former Formula One driver Ralf Schumacher, in partnership with Gerhard Ungar.

Dunne's father Noel really got him interested in racing as he watched his dad compete in the Formula Ford 1600 and Irish Touring Car Championship. Alex has been around racing from a very young age and professes a real love for the day-to-day and atmosphere of the sport. 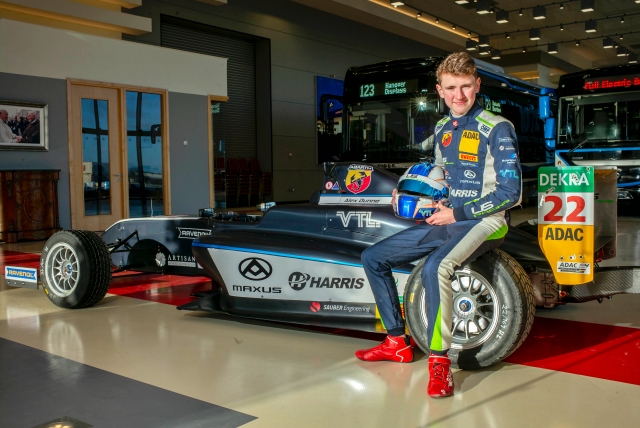 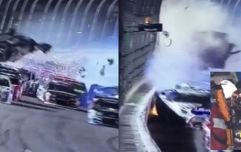 END_OF_DOCUMENT_TOKEN_TO_BE_REPLACED

A visit to his local kart track in Athboy in county Meath saw Alex Dunne fall in love with the sport. He has taken to motorsport like a duck to water and has shown impressive pace throughout his short time in the game.

It led to a phone call from Ralf Schumacher and Gerhard Ungar who invited him to test for the US Racing team. That, in turn, led to Alex competing for the team in the final two rounds of the season for the team in Hockenheim and the Nürburgring.

In the opening race in Hockenheim, Alex was not classified but bounced back in race 2 as he finished in fourth place, just missing out on the podium.

He followed that up with another fourth-place finish, giving him plenty of confidence going into the final event of the year. In race one at the Nürburgring, he finished fourth again just behind his teammate Vladislav Lomko. In race two, he finished 15th and 9th in the final run of the day. "It was a nice confidence-booster," he reflects.

As a young racer finding his feet in the game, Alex is soaking up lots at US Racing from Schumacher, Ungar and all the mechanics and engineers. As for what the future might have in store for Dunne? He tells us:

"Ultimately the end goal would be one hundred percent Formula One, that’s my main goal and that’s what I’m working towards.

"I think, for whatever reason if that is not possible, a professional career in motorsport is the aim but I have always said that the day I stop believing I can make it to Formula One is the day I’ll stop racing." 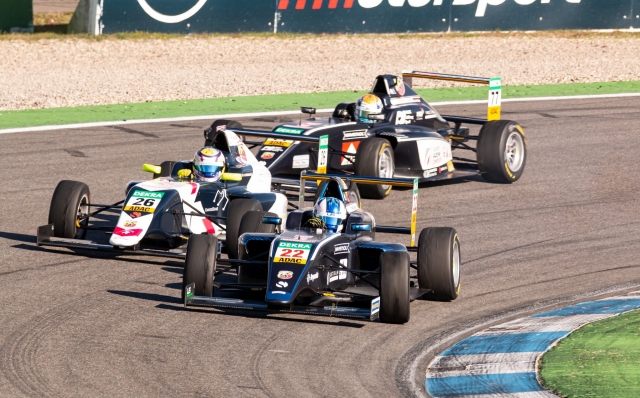 Max Verstappen, who is dicing it out with Lewis Hamilton for Formula One glory, was only 17 when he made his F1 debut.

Alex is a big fan of the 'extremely talented' Dutch driver, but is happy to go on his own journey. If Formula One does not present itself in the coming years, the Meath teenager says the IndyCar series is another option, and points to Callum Ilott, who is now racing in the USA after recently competing in Formula 4.

Alex spoke about his favourite circuits in Europe, which include Spa Francorchamps in Belgium - where he scored his maiden pole position - Hockenheim, as he enjoys the flow of the track, and Mugello. Not coincidentally, he has enjoyed good results at all three of these famous circuits.

In a message to anyone who wants to get involved in motorsport, Alex says, "Work hard and work with the team. When you do this, with a good team around you, the good results on track will follow."


popular
'I was so stressed the week before the All-Ireland and I ended up having a panic-attack' - O'Shea and O'Sullivan open up
Roy Keane's issue with Argentina star could rival Graeme Souness and Paul Pogba
Roy Keane cracked up Ian Wright and Gary Neville with England team spirit remark
Roy Keane takes moment on TV to pay tribute to his old team in Cork
The nine England World Cup footballers who could have played for Ireland
Lionel Messi makes Gary Neville eat his words after "silk pyjamas" comment
Roy Keane shoots down ITV presenter's 'excuse' for England's draw with USA
You may also like
3 years ago
"Bloody woman driver... I just didn't care, I loved racing" - Rosemary Smith
5 years ago
Michael Schumacher’s son is following in his footsteps
6 years ago
VIDEO: Devastating high-speed crash sends unfortunate driver and his car spinning into the air
11 months ago
What FIA rules is the F1 race director adjudged to have broken?
11 months ago
Lewis Hamilton’s brother slams FIA as a 'disgrace to the sport' after Max Verstappen clinches world title
11 months ago
Max Verstappen officially crowned world champion after second Mercedes protest dismissed
Next Page