This is not the first time someone has tried to earn money from the German legend's health condition.

It is hard to believe that it has been almost three years since Michael Schumacher suffered severe brain injuries in a skiing accident in the French Alps.

Since this accident, very little has been revealed about Schumacher's condition as his family have kept these matters private, especially since his treatment was moved to his home in Switzerland two years ago.

END_OF_DOCUMENT_TOKEN_TO_BE_REPLACED

Unfortunately, some people have gone to extreme and shameful lengths in order to gain access to the seven-time world champion.

Famously, not long after Schumacher suffered this tragic accident, it was reported that a journalist attempted to gain access to his hospital room by dressing up as a priest. 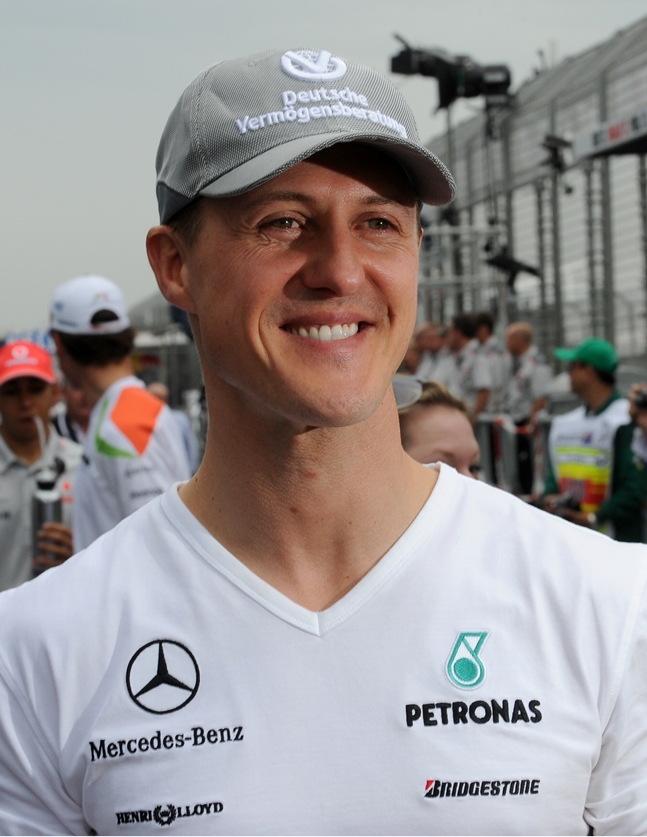 It has been reported today by RTL via vip.de, that someone is attempting to sell photos of Schumacher. post-accident, for €1 million.

The photos were apparently taken 'in close proximity' to Schumacher as he lay in his room at his home in Geneva, Switzerland.

It was recently stated by Schumacher's manager, Sabine Kehm, that the former Formula One driver's health is not a 'public issue'.

According to reports, an investigation is being launched into how the photos came about.


popular
Alex Ferguson wrote Mickey Harte a letter - ex Tyrone boss reveals in new memoir
"I'll go back running the roads now and make sure my body doesn't get lazy"
"There are clubs in every county that you just know - they like fighting." - Fighting passes on through the generations
“How it finished was not the way I would have chosen" - Mickey Harte reveals how his time with Tyrone came to an end
GAA at its best as Bellaghy players run into team-mate who buried his father that morning
New footage shows exactly what Deontay Wilder said to Tyson Fury after trilogy fight
Somehow Pat Spillane's 1981 cruciate rehab routine hasn't survived the test of time
You may also like
8 months ago
QUIZ: Can you name every Formula 1 champion from 1990-2020?
10 months ago
Horrific F1 crash sees driver emerge unscathed with car engulfed in flames
2 years ago
Mick Schumacher joins Ferrari
4 years ago
"I'm going to pee in your seat" - Jenson Button had a fun return to F1
4 years ago
Michael Schumacher’s son is following in his footsteps
4 years ago
Bernie Ecclestone "dismissed" as boss of Formula 1
Next Page