Bob Sapp is back!

If you haven't heard of Bob Sapp before, you may not appreciate how rare of an individual he is.

Somehow, the man has managed to make it as a professional fighter even though he absolutely despises fighting. All you have to do is take a quick look at his record to see that he doesn't like getting hit... or having to deal with submission attempts. 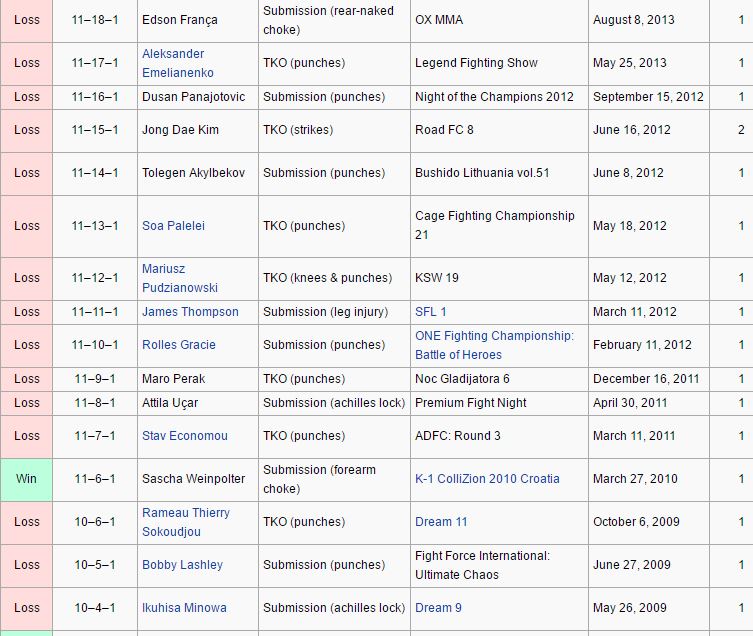 Still unconvinced? Here's a better visual example which should illustrate the heavyweight's unwillingness to take punishment in a fight.

When it was announced that the Longest Yard star would be returning to MMA after a three-year absence (he did win a kickboxing bout in Rizin late last year, mind you), it was always going to draw a lot of interest. 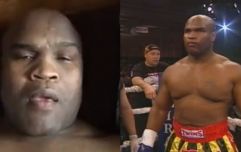 END_OF_DOCUMENT_TOKEN_TO_BE_REPLACED

Why, you ask? The same reason why so many people tuned into Kimbo Slice vs Dada 5000, the same reason why the news is consistently the highest-rated TV show and the same reason why viewing figures plummeted during Felix Baumgartner's space jump when it became apparent that he would land safely - whether they're willing to admit it or not, people love a good disaster.

And boy did Sapp deliver on the disaster front at Road Fighting Championship 32 in China on Saturday. He faced China's Aorigele who only needed 35 seconds to knock out the former PRIDE star. After being pummeled into a daze on the feet, Sapp was dropped by a big left hand. He fell to the mat, turtled up and ate shots until Herb Dean had seen enough.

"Eye on the TV 'cause tragedy thrills me. Whatever flavour it happens to be." - Maynard James Keenan

popular
You'll have to be a diehard fan to get 20/20 in this Liverpool players of the 90s quiz
Wayne Rooney story about Memphis Depay shows why he failed at Manchester United
QUIZ: You have 30 seconds to answer this one tricky football question
The SportsJOE 12 o'clock quiz | Day 288
SportsJOE 2000s Football Quiz | Round 11
Lady Gaga will perform Satanic ritual during Super Bowl halftime show, according to conspiracy theorist
In defeat, Jerry Kelly dies with his boots on in coming of age final display
You may also like
1 year ago
'I never thought I'd see rainbow colours on a GAA jersey' - David Gough on Pride preparations
4 years ago
Michael Bisping's fantasy match-up is an absolute doozy
5 years ago
UFC and Pride legend Mirko Cro Cop retires from MMA ... again
5 years ago
Former UFC heavyweight champion Minotauro Rodrigo Nogueira has retired from MMA
7 months ago
Dana White faces more retirement questions after Garbrandt and Nunes victories
7 months ago
Justin Gaethje tells Conor McGregor to wait his turn
Next Page