"How do you think our ancestors did it?"

Awkwardly and with all the candles blown out, is our guess.

Episode 1 of Embedded: UFC 193 begins with women's bantamweight champion Ronda Rousey joking about her interview with Maxim, in which she mentioned that use of lube between consenting adults was just lazy.

Rousey does not back down from the claims. She remarks, "Women everywhere are going to thank me for their guys putting in a little bit of effort and not just going to the store for a short-cut; oh hell no.

"If you need some artificial material then you are not doing your job right."

Rowdy later comes out with a catchphrase that will surely end up on an official UFC/Reebok t-shirt soon: "If you need the lube, you're not the dude."

Slightly better than "It's not my fault you're working with a sandbox." 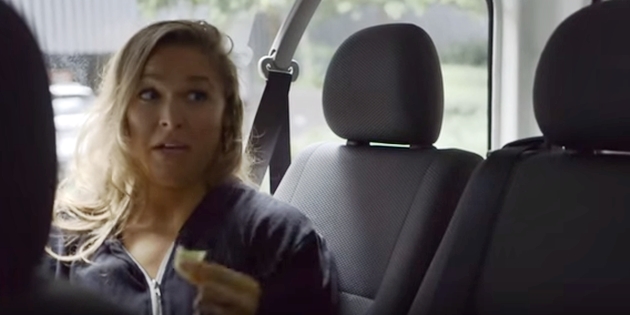 Holly Holm, who faces Rousey on Saturday, drops in for a session with haughtily named chiropractor Dr. Lyman S. Atchley. 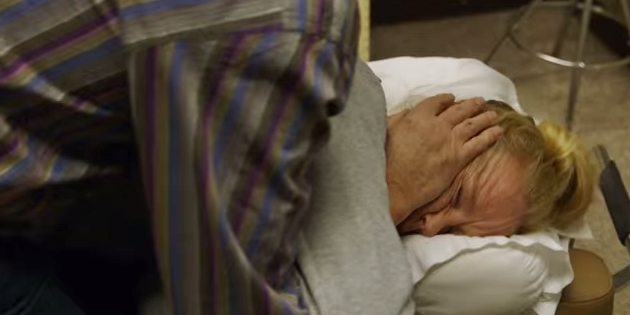 The episode ends with Rousey working on her boxing skills at her Crown Metropole hotel, in Melbourne.

"The life of a champion isn't for everyone," she reasons, "because it just taxes everything inside of you, but the reward is so amazing."


popular
'Make him hurt, make him yours' - How the Springboks ruled the world
In 86 seconds, Patrick Bamford becomes English football's voice of reason
Springboks legend Tendai Mtawawira tells us what he really thinks of Ellis Genge
Jose Mourinho is the picture of happiness and health after Spurs sacking
'Beast' Mtawawira is a big fan of Mike Ross' Lions front row
"We did find him hours later and we made up." - How Flynn and his best friend came to blows in Croke Park
Jose Mourinho is about to step up and become the hero football needs
You may also like
2 years ago
Ronda Rousey reportedly refusing to re-sign with WWE because of former UFC rival
2 years ago
Colby Covington wants tag team match against Conor McGregor and Becky Lynch
2 years ago
Ronda Rousey may be set to face off with the one opponent we never thought possible in 2019
2 years ago
Ronda Rousey headlines 2018 UFC hall of fame class
2 years ago
21 of the most shocking weigh-in moments in MMA history
3 years ago
Ronda Rousey finally gives honest answer on UFC downfall
Next Page