Ronda Rousey has made the transition to professional wrestling look straightforward.

Rousey is performing at a remarkably advanced level for a woman who is essentially a beginner and she has wasted no time in skyrocketing herself to the upper echelons of the WWE roster.

The former UFC women's bantamweight champion's success in the WWE ring has seemingly piqued the curiosity of several other mixed martial artists, with Colby Covington keen to bring his talents to pro wrestling.

END_OF_DOCUMENT_TOKEN_TO_BE_REPLACED

Covington, the former interim UFC welterweight champion who is expected to challenge for the undisputed crown next year, has an interesting proposition for the WWE after consulting training partner Bobby Lashley, who has experience in MMA and wrestling. 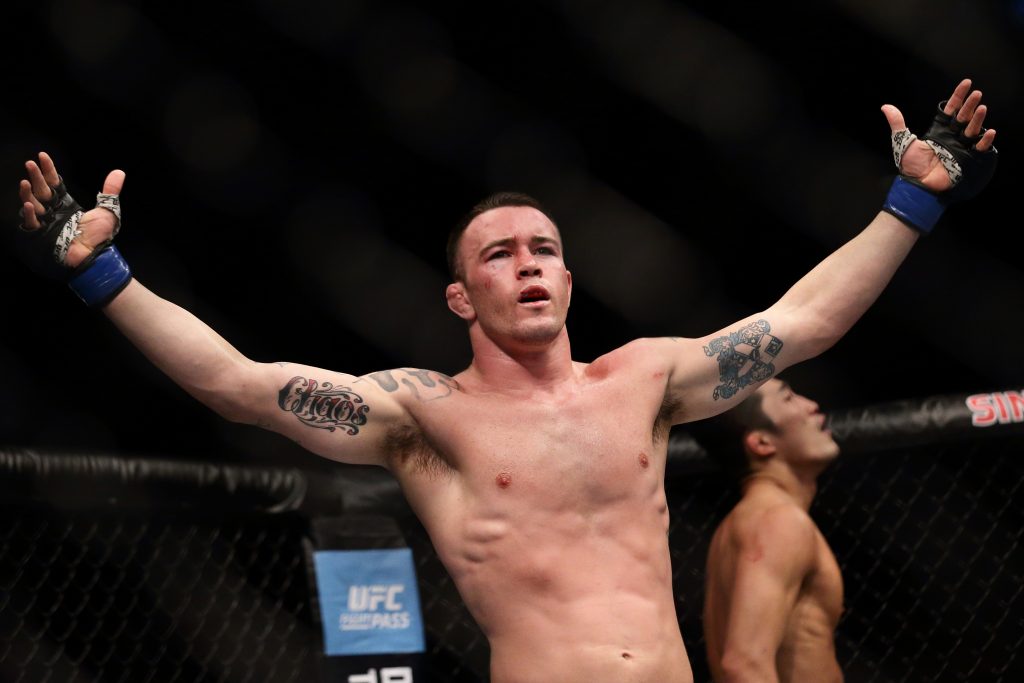 'Chaos', who remains one of the most divisive fighters in the UFC, has made no secret of his desire to carry his promos over to the squared circle and the American has received plenty of encouragement from Rousey.

"Hopefully I can go over there and be a tag team partner with her [Rousey]," Covington told BJPenn.com.

END_OF_DOCUMENT_TOKEN_TO_BE_REPLACED

Call me when you need Proper back up.


popular
Roy Keane's issue with Argentina star could rival Graeme Souness and Paul PogbaA~WQA~~~~~~AAAA
Lionel Messi makes Gary Neville eat his words after "silk pyjamas" comment
Roy Keane cracked up Ian Wright and Gary Neville with England team spirit remark
Roy Keane takes moment on TV to pay tribute to his old team in Cork
'I was so stressed the week before the All-Ireland and I ended up having a panic-attack' - O'Shea and O'Sullivan open up
Roy Keane shoots down ITV presenter's 'excuse' for England's draw with USA
The nine England World Cup footballers who could have played for Ireland
You may also like
2 months ago
Hasbulla signs five year deal with UFC 'worth more than many fighters'
2 months ago
UFC fighter Elias Theodorou has died, aged just 34
2 months ago
John Kavanagh and Johnny Walker kicked out of T-Mobile Arena during UFC 279 main card
2 months ago
Conor McGregor took exception to one part of Nate Diaz victory speech
2 months ago
Nate Diaz and Tony Ferguson tossed together for UFC 279 main event after wild 24 hours
3 months ago
Your guide to a huge weekend of sport and how to watch it all
Next Page