Not so long ago, mixed martial arts fans were praying for the eventual meeting of Ronda Rousey and Cris 'Cyborg' in the Octagon.

Rousey looked unbeatable through the first 12 fights of her professional career, finishing all opponents to solidify her status as one of the most iconic fighters in UFC history.

When 'Cyborg' signed for the UFC in 2016, she was tasked with dropping to 140lbs in the hope that she could prove that she could get somewhat close to Rousey's weight class of 135lbs.

END_OF_DOCUMENT_TOKEN_TO_BE_REPLACED

The Brazilian ended up on death's door trying to do so but while she began tearing through all comers, Rousey suffered back to back defeats and left the UFC behind.

'Rowdy' is now one of the biggest superstars on the WWE roster but there has been some confusion in relation to her wrestling future as some industry insiders have suggested that Rousey has yet to put pen to paper on a new deal with the WWE. 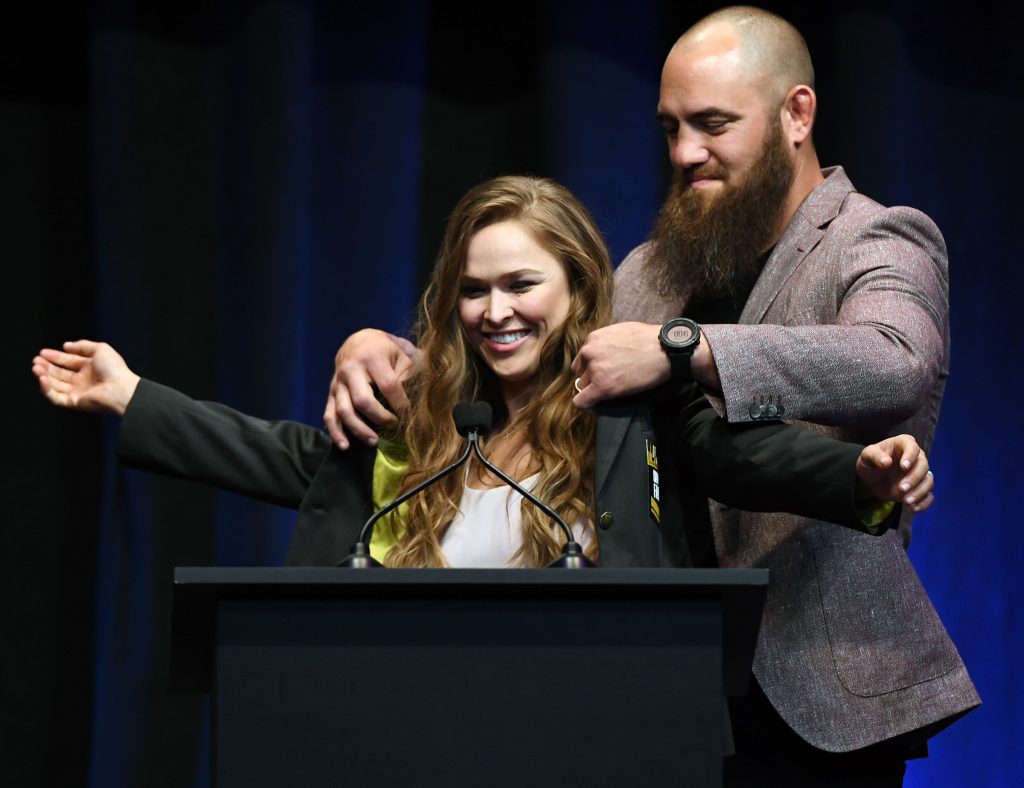 American sports blogger Terez Owens has reported that Rousey will refuse to re-sign with the WWE because of the organisation's apparent interest in signing 'Cyborg' to a contract.

END_OF_DOCUMENT_TOKEN_TO_BE_REPLACED

'Cyborg' has repeatedly hinted at a desire to give professional wrestling a go and the WWE is not the only company considering bringing her aboard, as the Shahid Khan-backed All Elite Wrestling is also monitoring the former UFC women's featherweight champion.

It has also been suggested, however, that Rousey is simply planning to take some time away from action to start a family with her husband, UFC heavyweight Travis Browne.


popular
Roy Keane's issue with Argentina star could rival Graeme Souness and Paul Pogba
'I was so stressed the week before the All-Ireland and I ended up having a panic-attack' - O'Shea and O'Sullivan open up
Roy Keane cracked up Ian Wright and Gary Neville with England team spirit remark
Roy Keane takes moment on TV to pay tribute to his old team in Cork
The nine England World Cup footballers who could have played for Ireland
Lionel Messi makes Gary Neville eat his words after "silk pyjamas" comment
Roy Keane shoots down ITV presenter's 'excuse' for England's draw with USA
You may also like
1 month ago
Dana White confirms Conor McGregor is not in the USADA testing pool
2 months ago
Hasbulla signs five year deal with UFC 'worth more than many fighters'
2 months ago
UFC fighter Elias Theodorou has died, aged just 34
2 months ago
John Kavanagh and Johnny Walker kicked out of T-Mobile Arena during UFC 279 main card
2 months ago
Conor McGregor took exception to one part of Nate Diaz victory speech
2 months ago
Nate Diaz and Tony Ferguson tossed together for UFC 279 main event after wild 24 hours
Next Page