Chuck Liddell will officially come out of retirement to fight old adversary Tito Ortiz in November it has been announced.

The fight has been in the works for a number of months but has now been made official and will take place in Los Angeles on November 24.

The 43-year-old Ortiz and 48-year-old Liddell, both members of the UFC Hall of Fame, will fight for a third time in a pay-per-view fight promoted by former boxing star-turned-promoter Oscar De La Hoya. It will be the boxing legend's first foray into MMA. 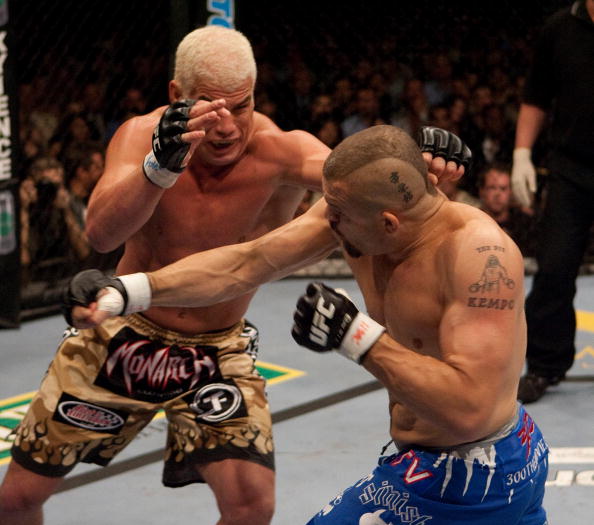 Speaking to ESPN after the announcement De La Hoya said, "I'm excited for our first Golden Boy MMA event, It reminds me of the first-ever fight I did in boxing (in 2002). I'm going to see how this one goes, but just the way I did in boxing, I plan on becoming a regular promoter of MMA. There's no reason I should only promote one sport."

"I strongly feel MMA fighters are going to be pleased with the fact I'm entering the sport. Hopefully, we will sign some great fighters and go from there." He added.

The pair have already fought twice in the past, the first meeting at UFC 47, Liddell won by knockout at 0:38 seconds in the second round. By this victory he became the first person to knockout Ortiz. The second fight was for the UFC Light Heavyweight Championship at UFC 66 in which Liddell won again by technical knockout at 3:59 in the third round.

So, Lidell is 2-0 against Ortiz, although the 48-year-old was knocked out cold in his last three professional bouts and was urged to retire by UFC president, Dana White. His last MMA fight came all the way back in 2010. 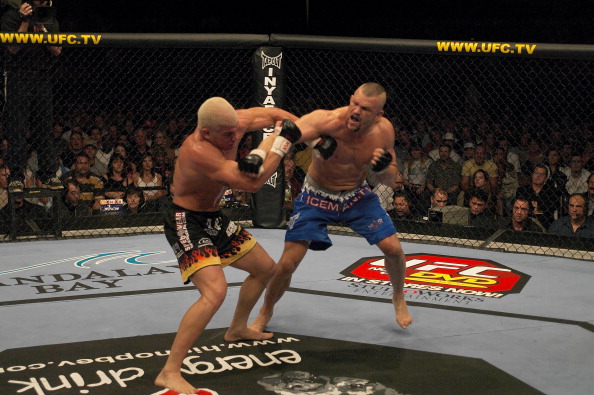 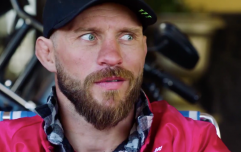 "I probably should, but I don't think I will" - Cerrone vows to stand and scrap

END_OF_DOCUMENT_TOKEN_TO_BE_REPLACED

Ortiz, on the other hand only recently retired after submitting Chael Sonnen at Bellator 170 in January 2017. So, despite losing twice against Lidell, Ortiz will feel he will be in the better shape going into this trilogy fight.

Many have tried to talk down a third fight between the heated rivals, White commented recently that it was a fight he did not wish to see, and he wasn't on his own. However, De La Hoya has poured cold water over claims that the two men are too old to fight one another adding that both men passed medical check with 'flying colours'.

"Obviously, both guys are warriors and pioneers"

"I think this fight will be very lucrative for both guys. This is an opportunity for them to show the world they still have what it takes to fight in the Octagon. I strongly feel it's never too late with two guys like this. Two names of this caliber, you can't go wrong." De La Hoya said.

Whatever your feelings are about these two legends going at it one more time, it is going down, and you are going to watch.


popular
"If there's a stadium show happening in Europe, it's happening in Ireland"
Club footballer of the year steps up to win it for Corofin in the clutch
In defeat, Jerry Kelly dies with his boots on in coming of age final display
Shane Walsh provides one of the all-time great captain speeches as Tullaroan take a thriller
Conor McGregor makes surprise call-out after Cerrone destruction
Dana White livid with late stoppage on UFC 246 undercard
Conor McGregor on his post-fight comments to Donald Cerrone
You may also like
1 month ago
"This guy's got an issue and his name is Tony Ferguson... it's hunting season"
4 months ago
Cage Warriors returns to Ireland for the first time in over two years
5 months ago
"When I got to prison, I thought, 'What the hell has happened to my life?'" - Michael Bisping
6 months ago
Conor McGregor's take on Paulie Malignaggi loss was remarkably measured
7 months ago
'Bellator has a Dublin show in September so I'm thinking of bothering them about it' - Heather Hardy
7 months ago
Nate Diaz details the time he slapped Khabib Nurmagomedov
Next Page