Noel O'Brien was the biggest legend in horse racing. Well, he was in my brother's and in my eyes anyway.

I remember my first meeting with the great man. It was in Thurles racecourse.

I was only about 10 but it wasn't my first day out racing. My brother and I marvelled at the beautiful looking horses striding around the parade ring. The jockeys in their colourful silks were from another world.

When they huddled up with the owners and trainers before the race, presumably discussing tactics, it was the most sacred huddle in the world. What you'd give to know what they were saying to each other. 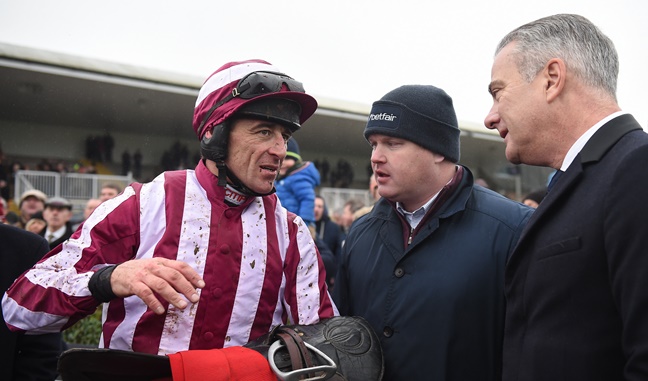 We'd ask our father who the best jockey was before each race and away we'd go.

We'd run up to them when they made their way from the weigh-room to the track and ask them for an autograph and a tip. "Who's your best chance today?"

You'd be nervous going up to the jockeys, though. It was the aura that surrounded them, with their silks, whip and their game face on.

After a while, my father pointed out Noel O'Brien. He told us if anyone could give you a winning tip, he was the man, because he had some important job in racing or something like that.

So sad news to hear of the passing of Noel O'Brien on the run up to Christmas. He was a gentleman and was always there to help anyone in this sport. To his family and huge circle of friends, everyone at Fairyhouse sends their deepest sympathy. RIP. pic.twitter.com/w7aFuMMAoM 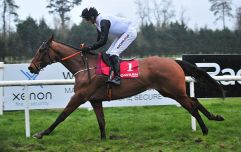 END_OF_DOCUMENT_TOKEN_TO_BE_REPLACED

Noel had his binoculars slung around his hand, he was wearing that green, khaki coloured jacket, the colour you associate with horse racing for some reason.

He had his glasses on and had a racecard in his hand. We were nervous going up to him, this man was a big deal, maybe the biggest deal on the track.

So there we were, face to face with a legend and feeling embarrassed about asking him for a tip. Noel just smiled. He put his arm around us, he asked us our names, he asked us where we were from, and he gave us the tip we were so afraid to ask him for.

He leant down and scanned his race-card in front of us.

"I don't know too much about it," he'd say before giving us his fancies for the day.

We were so taken aback by how welcoming this man was and how much time he had for two strangers, that we didn't even remember the horses he'd tipped to us.

My brother and I couldn't believe we'd forgotten but we got over it quickly. O'Brien had made our day.

It was 5pm and the final race of the day was just over. The three of us were running out to the car to beat the traffic home, my father rushing to get back to milk the cows.

Very sad to hear of the passing of Noel O’Brien a true gentleman will miss having chats with him at the races. May he Rest In Peace.

Noel O'Brien was in a rush, too. He remembered us, and he came over to us all excited.

"Lads, did you back the horses I told you? Three out of three are after winning," he exclaimed.

We said that we hadn't, that we'd forgotten their names. He shook his head and jokingly told us he'd never give us a tip again.

He gave us many tips, and many more great memories as the years went on, but he never let us live that one down.

Noel O'Brien passed away on Tuesday morning, and when I heard the news, my heart immediately sank because this man - this great man - was my first, and best, memory of going to the races as a youngster.

A light went out in Irish racing overnight with the passing of Noel O’Brien. A gentleman who always had time for people. Popular in a job where that is not easy. Passionate about national hunt racing. A huge loss to his family, to racing and to his wide circle of friends. RIP. pic.twitter.com/wHFRVWUHgY 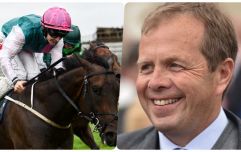 END_OF_DOCUMENT_TOKEN_TO_BE_REPLACED

I remembered his jolly, smiling face around the parade ring. I remembered how he always stopped to talk and always had time for us as if he was just out there under no pressure, enjoying his day like any other race-goer.

He was always up for a chat, even though he definitely was the busiest man at Thurles, Naas, Punchestown, Cork, Limerick or at any other racetrack we met him on.

The Kildare man was the senior National Hunt Handicapper since 1995. That meant he was in charge of rating and choosing the weight of every jump horse in Ireland for every race for the last 22 years.

Very very sad to hear of the passing of Senior National Hunt Handicapper Noel O’Brien after a long battle with illness
An absolute GENTLEMAN to the core . Irish Racing has lost a great administrator #irishracing

That meant he was the most important man in the game.

It didn't mean he had to be present at every single race meeting, but if we ever went racing, he was always there. He was the face of horse racing for me, and I'm sure he was for so many others, too.

He had a big personality and he was always a gentleman. The tributes have been flowing in from all corners of the racing world this morning, painting him as the nicest man in horse racing.

What I liked so much about Noel O'Brien, however, was that he wasn't too nice. He was a gentleman, but he was always up for a good slagging and a bit of banter, he was the best kind of gentleman.

So saddened to hear of Noel O'Brien's passing, Noel always had a warm word to brighten your day, taken far too soon, May he rest in peace. pic.twitter.com/QAtbsT4cRX

How did he do it? Well, he obviously was so steeped in horse racing to be able to do that job for 22 years. He obviously knew horses inside out, and had the keenest eye when they were racing because, let's face it, nobody ever complained about Noel O'Brien.

Even if you felt discontented or aggrieved going up to him, you never left without a smile on your face.

That was the power of Noel O'Brien. Noel O'Brien was a man who was loved in a job where popularity wouldn't come easy.

Sad to hear Irish Handicapper Noel O’Brien has passed away, he was an absolute gentleman RIP

Because when you met him, he made it seem like he didn't have the most pressurised, important job in the game.

Noel O'Brien lost his battle with cancer last night. But he won so many hearts and admirers for himself, and for the Sport of Kings over the years.

He was the real king.

May he Rest In Peace.


popular
Warren Gatland mentions three Irish players as potential Lions captain
The SportsJOE 12 o'clock quiz | Day 221
"We're doing it for the group and for what's going on in the country" - Andy Farrell
QUIZ: Can you guess the football club badge?
Two changes as Ireland name team for Six Nations title decider
Paul O'Connell names four Irish certainties for Lions, and one bolter
"It was my real purpose during lockdown"

You may also like
10 months ago
45 minutes of manic racing madness kicks off the Christmas festival fun
1 year ago
Sport, friendship and even love: The magic of the races
1 year ago
Another All-Star lineup for great cause as Hurling for Cancer goes to post again
1 year ago
"The ramifications will be felt as soon as the morning" - O'Leary will be missed
1 year ago
COMPETITION: Win 5 tickets to the Fairyhouse Easter Festival
1 year ago
"Racehorses are treated like royalty from the day they are born" - O'Brien on Grand National outrage
Next Page