Davy Russell enjoyed a famous day three Thursday in the Cheltenham festival on Thursday. The Cork jockey was in the winners enclosure on three separate occasions, as he raced up the leaderboard to head the Champion Jockey standings with only one day of racing remaining.

The 38-year-old, who rides for a variety of trainers from Gordon Elliott to Patrick Kelly to Henry De Bromhead went into Thursday's card on the back of a difficult period.

His mother passed away recently, and after coasting to victory aboard the impressive Presenting Percy in Wednesday's RSA Chase, he paid an emotional tribute to her.

Just half an hour later, the jockey suffered a crashing fall off Bless The Wings in the cross country chase and had to be stood down for the rest of the card.

He recovered in time for Thursday, and Russell, no stranger to an explosive winning run, set Pretsbury Park alight like he has done often before.

In the second race of the day, the Pertemps Final, Russell's Delta Work got the better of Barry Geraghty's mount Glenloe on the nod in a race he had no right to win. 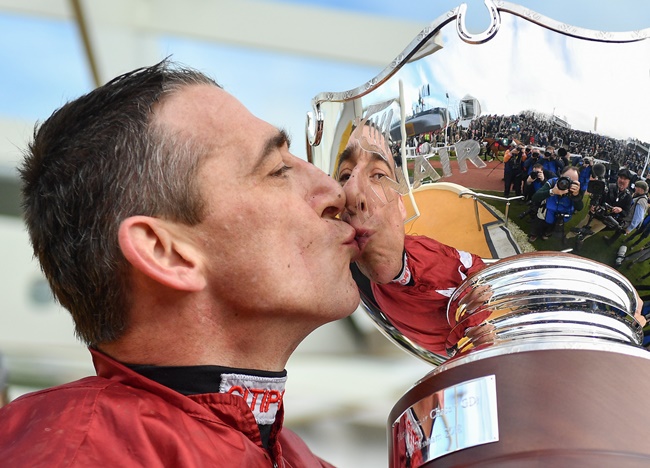 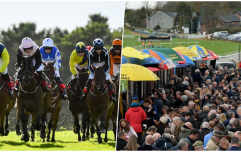 Sport, friendship and even love: The magic of the races

END_OF_DOCUMENT_TOKEN_TO_BE_REPLACED

In a masterful display of horsemanship, he somehow kept his horse ahead under serious pressure up the home straight.

With his confidence up, things only got better and better. Henry De Bromhead's Balko Des Flos gave him a dream trip in the Ryanair Chase, as Russell piloted the horse owned by his former boss, Michael O'Leary, to victory in a race that has been sponsored by the Ryanair chief for years.

Everything Russell touched was turning to winner at this stage, and after he passed the post first aboard The Storyteller in the handicap of the day, horse racing followers far and wide were acclaiming his winning habits. He's certainly a big day performer.

One lucky, or else extremely well informed punter had each of Russell's winners down in an accumulator bet with Jack Kennedy's opening race victor Shattered love. It came in at odds of almost 300/1.

It pays to stay loyal to your man.

Not a bad day's work.


popular
QUIZ: Can you name the Football Italia cult heroes? | Part 2
Justin Gaethje tells Conor McGregor to wait his turn
The SportsJOE 12 o'clock quiz | Day 72
Only a true nerd will get full marks in our 2016 football quiz
SportsJOE 2000s Football Quiz | Round 3
SportsJOE 2000s Football Quiz | Round 2
The SportsJOE 12 o'clock quiz | Day 71
You may also like
5 days ago
Baz & Andrew's House of Rugby - Tadhg Beirne and John Cooney
1 week ago
Baz & Andrew's House of Rugby - Mike Brown on past battles with Ireland
2 weeks ago
"He walks into the dressing room and Pienaar goes, ‘We can’t win’!"
2 weeks ago
Baz & Andrew's House of Rugby - Finn Russell on life in Paris
2 weeks ago
Ben Youngs talks about Leicester Tigers' infamous Tuesday training sessions
3 weeks ago
Ryan Baird on his physical and mental preparations to hit rugby's return running
Next Page