It's Day 5 at the Galway Races. As we enter into the weekend normal service resumes with the first race kicking off at 17:10. We can look forward to plenty of spills and thrills in what is expected to be a very competitive Friday at Ballybrit.

Honor Oak came up trumps for SportsJOE yesterday, and we will be hoping to round off a (semi) successful week with a few winners today.

The GOING for today as told by Horse Racing Ireland - Soft (NH) and Soft to Heavy (Flat). The ground for Saturday/Sunday is Soft (NH & Flat). Dry overnight with some light showers this morning but becoming dry thereafter and over the weekend. 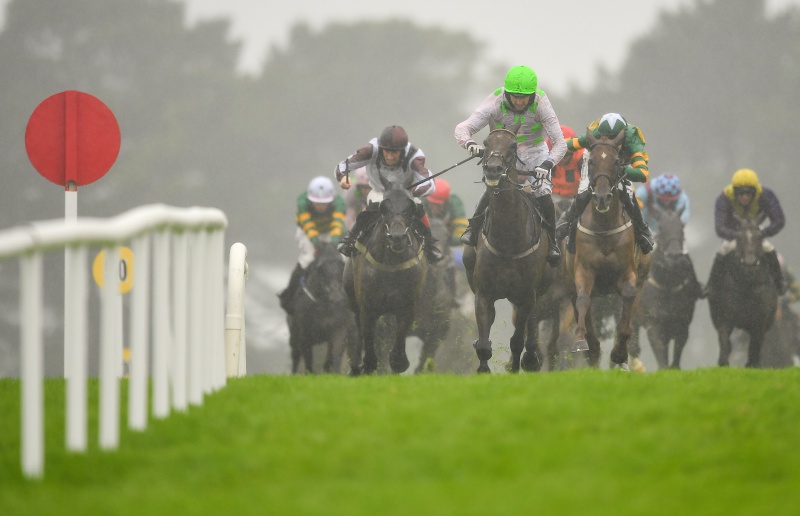 END_OF_DOCUMENT_TOKEN_TO_BE_REPLACED

Coral Beach is the opening race favourite at 11/4. Not surprising given its recent run of form - placed in last 6 races - an each-way bet on the Aidan O'Brien horse would be a safe bet here.

Our pick for this race though is 7/1 shot Cosmic Horizon. It didn't run well in its previous outing, but there is mass potential with the Joseph O'Brien horse. We reckon if this horse is gonna pick up the €20,000 prize today, then Seamie Heffernan will be the man to do it. Oh, did we mention Cosmic Horizon is owned by one, Joe Schmidt.

The second race of the day runs a distance of 1m 98yds, far removed from the seven furlongs of the first race. R.P. Whelan is on board Cache Queen in what we believe to be the smart money on this one. Having won in its last two outings, a 5/1 bet looks like a decent price.

Gizi Gazelle at 8/1 is another runner that most are predicting to do well here after winning in Tipperary back in May but, that was over seven furlongs. Maybe it would have been better suited for the opening race of the day. Only time will tell. 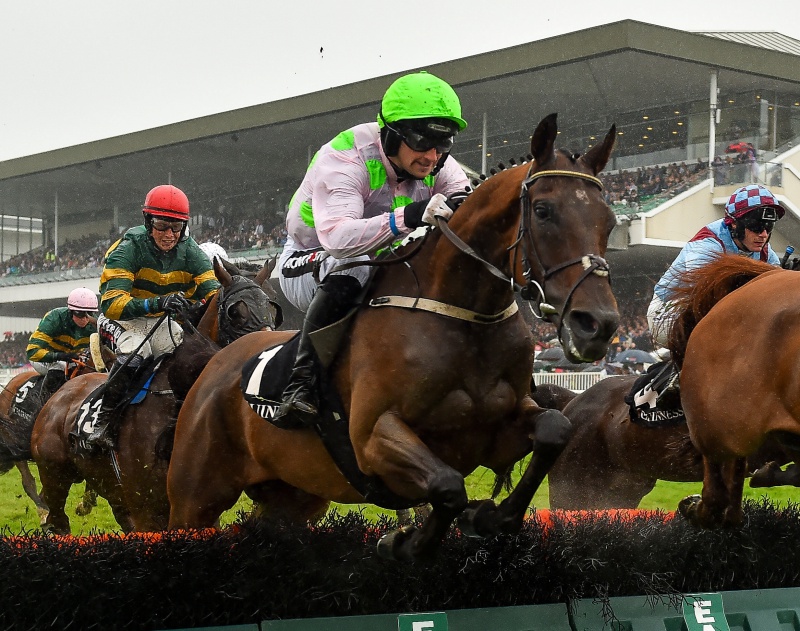 END_OF_DOCUMENT_TOKEN_TO_BE_REPLACED

Only nine runners in this race, but the field is still extremely hard to choose from. Lure Of The Sea is the 5/4 favourite and if you are looking for the smart bet, this is probably it.

Although, second favourite Queen Iseult at 5/2 is another horse that is expected to do well. As we said, extremely difficult to choose.

We reckon it's best to stick an each-way bet on Shes Gold (13/2) or Lovely Is The Rose (12/1) in this race, given the unpredictability.

END_OF_DOCUMENT_TOKEN_TO_BE_REPLACED

Our showpiece event of Friday's races is the 1m 4f Guinness Handicap where a whopping EUR100,000 will be on offer for the winner.

It's hard to look past 2/1 favourite Limini here. The Willie Mullins trained horse has shown incredible form, placing in the top three in 13 of its last 14 races, including a six-race winning streak in 2016. We reckon Limini is primed and ready for action to take home the big prize today.

If you are looking for an outsider in this race, we reckon Tornado Watch to be in with a chance having finished first or second in its last five races. At 12/1, you have to fancy those odds. 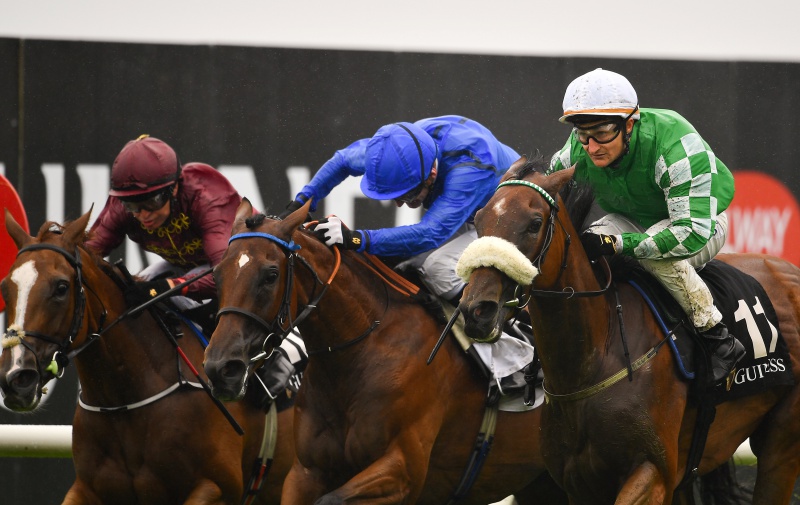 A small pool to choose from here, literally a five-horse race for the €20,000 jackpot. It's hard to look beyond Wicklow Brave who looks destined to pick up a victory here at odds of 1/4.  He has won at the same course before and over the same distance (1m 6f 14yds) the chasing pack don't seem to be up to much.

It is a five-horse race after-all, so Ask Katie at 66/1 may come up trumps, who knows?

Henry De Bromhead and Barry Geraghty are back with Riviera Sun hoping to repeat last years victory in this race. Was a 16/1 winner last year, this year it is priced at 15/2.

Fenlon's Hill (10/1) has been in good form lately and could have something to say about the outcome of this race. The real outsider bet looks like Eiri Na Casca, which has won at the course before, as well as over the same distance. Owned by Adrian McNamara you can get Eiri Na Casca at 16/1, the same price Riviera Sun claimed victory at last year. 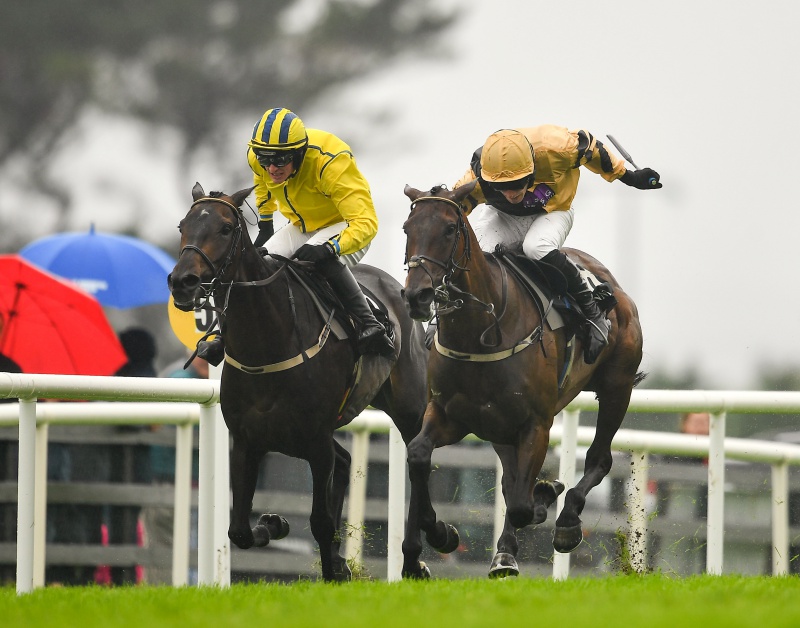 €30,000 is on offer for our final race of the day. 13 horses will be vying for top spot in our final race, and yet again choosing an outright winner will be tough. On The Go Again is your 3/1 favourite with two wins in its last four races.

All 13 horses have won over the same distance in the past, so we have to rule that out as a factor. Danny Mullins is back again with Top Othe Ra to try and repeat last years victory in this event, at 8/1 you can't rule them out.

Your outside bet for this one has to be The Granson, is trained and ridden by Denis Gerard Hogan. Wouldn't a victory for him here be a lovely way to close out the day. You can get The Granson at a very tempting 25/1.

There you have Fridays predictions at Ballybrit. Remember once again to bet responsibly, drink responsibly, and don't blame us if you lose the run of yourself.


popular
Brendan Ó Dufaigh gives a powerful interview on an emotional night in Ulster
Cheslin Kolbe somehow avoids red card after leaving Conor Murray in awful heap
Full player ratings as South Africa leave Lions battered, bruised and beaten
Paul O'Donovan busts the cliches and leaves the mystery behind him in one more emphatic interview
Jamaica teammates are as frosty after Thompson-Herah's history-making 100m win
Down u20 star dedicates Ulster victory to his late teammate in powerful interview
Warren Gatland gives his take on that dangerous challenge on Conor Murray
You may also like
4 months ago
"One in every three runners at the Cheltenham Festival is an ex-Irish Pointer" - Richard Pugh
4 months ago
"I feel it is important to provide people with some context surrounding this photo."
8 months ago
Road to glory begins here for gems of the National Hunt game
8 months ago
"I can't wait to see Jason in the Morgiana, it's a dream come true" - owner Peter Michael
9 months ago
10 horses to follow for the 2020/21 national hunt season
4 months ago
Elliott loses Envoi Allen and Cheveley Park string as Mullins and De Bromhead get the nod
Next Page