Cork jockey Brian Hayes has picked up a 21 day suspension.

Paul Byrne's horse 'The Shunter' meanwhile, won't be allowed to race again for another 60 days. But perhaps the biggest loser from the 1.00 in Tipperary is trainer Emmet Mullins, who has been hit with a €6000 fine after his horse was called up by the stewards under the running and riding rule.

The Shunter finished the MansionBet It’s Not Rocket Science Maiden Hurdle in fourth place but was the subject of a stewards enquiry soon after, with the stewards adjudging that the horse hadn't been pushed to give its maximum effort in the race. 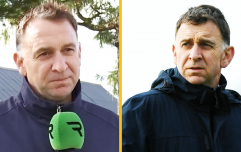 END_OF_DOCUMENT_TOKEN_TO_BE_REPLACED

You can view some footage of the race from Racing TV here.

"There's not much vigour in his effort, there was no apparent urgency on him. It's just all very much lacking in vigour that you'd expect from Brian Hayes who is a good strong rider," said Fran Berry.

Trainer Emmet Mullins has been hit with a €6,000 fine following a running & riding enquiry into The Shunter who finished fourth in the opener. 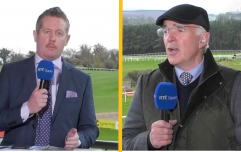 END_OF_DOCUMENT_TOKEN_TO_BE_REPLACED

Indeed, it's been a costly couple of weeks for the Kilkenny trainer Mullins who was fined €5000 by the Irish Horse Racing Regulatory Board (IHRB) after breaching Covid-19 protocol in June when entering Leopardstown racecourse, despite having been refused access earlier in the day. Mullins didn't present the correct barcode at a screening station on that date and subsequently accepted his fine.

You may also like
11 months ago
Rachael Blackmore the firm favourite to win World Sport Star of the Year in stacked field
1 year ago
All roads lead to the Curragh for the weekend we've all been waiting for
1 year ago
Irish lads lose the plot in Dubai as €600 horse wins Grade One for the Shark
1 year ago
Everything you need to know about this year's Fairyhouse Easter Festival and Irish Grand National
1 year ago
"One in every three runners at the Cheltenham Festival is an ex-Irish Pointer" - Richard Pugh
1 year ago
"I feel it is important to provide people with some context surrounding this photo."
Next Page