Elliott can barely speak after race of the festival

Samcro, by a snot.

For the fourth time in his eventful life, Melon has finished a bridesmaid at Cheltenham but there's no shame in that and this, in the newly named Marsh Novice's chase, was one hell of a competition.

With all falling to ground around them, those of the equine game appear disinterested and unbothered with business going ahead as usual in Pretsbury Park. Races like this one appear to be making it some sort of irresistible drug for the racing faithful. 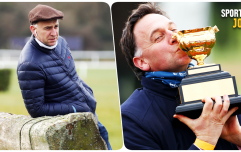 END_OF_DOCUMENT_TOKEN_TO_BE_REPLACED

The corona-virus is one thing they're going to worry about later.

To get the 2m 4f contest going, Melon led the way and under an astute Patrick Mullins ride, the Joseph Donnelly owned horse jumped like a stag and settled into a joyous rhythm. Something about Cheltenham gets this fella going.

In behind, they were bowling along nicely too. Faugheen was on his stablemate's coat-tails, going well under Townend while Russell's mount Samcro was gaining ground with each jump.

Everyone knows the danger he poses when on form.

But the downhill merged to the bend and Melon was still clear and cruising. Then Davy got to work, then Townend followed and we were treated to some finish up Cleeve Hill.

Initially, when Samcro dawdled over the second last, it looked as if Melon was the favourite but then Melon took a slow one at the last.

Samcro wins by a snot

Melon beaten because of the stride he was on

Madness. And it was literally the stride he was on that won it for Samcro, and lost it for Melon. 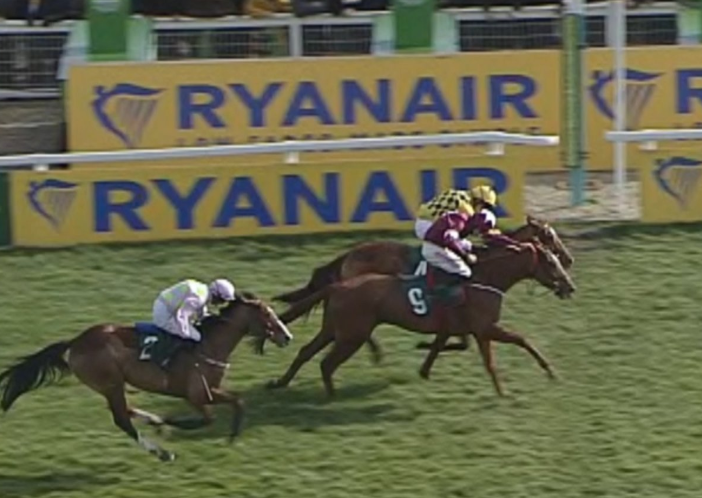 "My lad has the heart a lion," said victorious jockey Davy Russell after.

"It's one of my favourites in the yard brilliant," added a hoarse and breathless Elliott.

"It was a great feeling for him to win

Gordon Elliott can barely speak with the emotion of it allpic.twitter.com/FmQRrSm8bv

Faugheen is still a champion.


popular
"I trained with a guy that was born in 2004 the other day. We reckoned Earlsie could be his father!" - Peter O'Mahony
Nigel Owens on most annoying players to referee (three of them are Irish)
Six All Blacks but no Ireland players in world's top 20 list headed by Antoine Dupont
Longford GAA movie explores the tale so many young footballers can relate to
"I remember someone saying, 'This guy's the best of the lot of them. Just wait for him'" - Brian O'Driscoll
"I asked one question and lads slagged the arse off me!" - Johnny Sexton on Roy Keane chat
What is the story with Tyrone clubs' woeful record in the Ulster championship?

You may also like
8 months ago
The 46/1 'dead-cert' accumulator for the Cheltenham festival
8 months ago
Fantasy Cheltenham League is the only way to separate the spoofers from the experts
1 year ago
Ruby Walsh chokes back the tears after emotional triumph for Townend
1 year ago
Heartbreaking scenes in Cheltenham as Jamie Moore unseated with race at mercy
1 year ago
Hope it's not too late as Cheltenham finally acknowledges dreaded C-word
1 year ago
719/1 in running, Barry Geraghty performs miracles
Next Page