From Bryony Frost giving Frodon the ride of the festival to Paisley Park bringing owner Andrew Gemmill and the whole parade ring to tears. From the legendary Cork jockey Noel Fehily announcing his impending retirement to Wexford's finest Jamie Codd recording an emotional win aboard Envoi Allen in the Champion Bumper.

God, we're lucky to be around for it.

Klassical Dream's Supreme triumph seems like it was a year ago now so many thoroughbreds have scaled Cleeve Hill since Tuesday but even though there's glitter in our trails, the best could well be yet to come.

This is Gold Cup Friday and this is the dainty double they're all backing from Owning Hill to Craughwell and from Craughwell to Pretsbury Park.

The Irish banker from the minute the Ante Post markets said boo. Joseph O'Brien's sprightly stable star has left some talented 4-year-olds in his trails already this year and on Friday afternoon from 1.30 he'll be bidding to be crowned the king of them all.

Legends like Our Conor and Tiger Roll have won before him in this famously difficult race to win but with pace to burn and jumping like a buck, he has what it takes.

If Presenting Percy comes home a winner, every bookmaker in Galway will be licking their wounds. craughwell based trainer Pat Kelly's gem has won twice on the bounce, in the Pertemps and the RSA at Cheltenham and on Friday he goes for the most prestigious steeplechase in the land.

His preparation has been unorthodox to say the least, but with Davy Russell steering and the whole of Ireland cheering, there's a good chance he'll reach the top of the hill first. 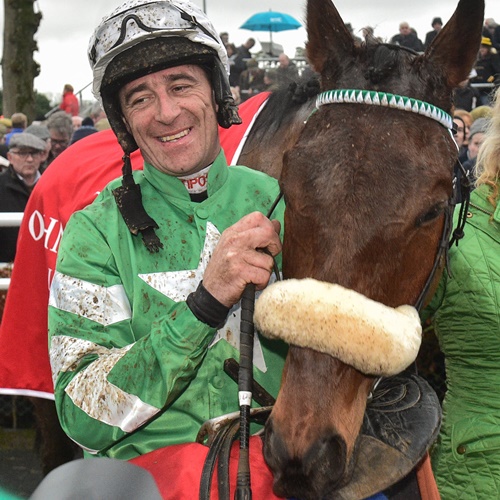 
popular
The SportsJOE 12 o'clock quiz | Day 105
James Haskell on text exchange with Peter O'Mahony after Ireland's victory over Scotland
The SportsJOE 12 o'clock quiz | Day 104
Egan cleans out Spurs by reading the breaks and executing the blocks
David Beckham recalls how a trip to Ireland got him in trouble with Alex Ferguson
"Shane was just gifted. He could play centre back, centre forward, he had everything"
Can you name every English football club that begins with 'W'?
You may also like
3 months ago
Heartbreaking scenes in Cheltenham as Jamie Moore unseated with race at mercy
3 months ago
Hope it's not too late as Cheltenham finally acknowledges dreaded C-word
3 months ago
Elliott can barely speak after race of the festival
3 months ago
719/1 in running, Barry Geraghty performs miracles
3 months ago
9 ways to get away with being a 'Cheltenham expert'
5 months ago
Ante-post Cheltenham chances to get stuck into before it's too late
Next Page