The jumps are back!

The national hunt season has kicked off with all the top trainers beginning to unleash their arsenal of stable stars in the coming weeks.

Down Royal, next weekend is where we will see some top quality Grade 1 action and is always a good starting point for some of Gordon Elliott's big guns. It's hard not to put the likes of Envoi Allen and Shishkin on the list.

However, these 10 novices made up of ex-P2P horses, hurdlers, and chasers are horses to keep on the right side of and to stick in the tracker for the season ahead.

END_OF_DOCUMENT_TOKEN_TO_BE_REPLACED

Bob Olinger was hugely impressive when scoring on debut under the flags winning by 15 lengths at Tutualla for handler Pat Doyle back in November 2019. He was subsequently bought privately by Robocur and was sent to trainer Henry De Bromhead.

He further enhanced his lofty reputation when winning on rules debut at Gowran Park last March. Starting off as the second fav to a well-touted Elliott 9/10 hotpot in the shape of Coqolino, he trounced his rival by 10ls in the run-in never coming off the bridle.

Bob Olinger can go right to the top season and is a very exciting horse for the season ahead. His trainer Henry De Bromhead has said he will start him back in a maiden hurdle in the next few weeks and probably won't need to go any further than two-and-a-half miles this season. This horse has plenty of pace and gears under the bonnet with The Ballymore at Cheltenham his likely target. The 25/1 still on offer is generous.

Bob Olinger displays a decisive turn of foot to land the finale at @GowranPark1 for @HenrydeBromhead & Patrick Mullins in the manner of a very smart performer!

Another horse from the Irish P2P production line, Deploy The Getaway was a 20 length winner of the 4-year-old Maiden at Tallow for Donnchadh Doyle in February 2019. Willie Mullins and Harold Kirk certainly liked what they saw that day and paid £200,000 at the Cheltenham February 2019 sale for this son of Getaway.

He had a setback after Cheveley Park bought him, but Willie has been pleased with his progress over the summer and he will start off in a bumper during in the coming weeks with a view to potentially going over hurdles. Over Irish Champions Weekend at The Curragh, David Casey assistant trainer to Willie Mullins gave Deploy The Getaway a good mention live on TV, so the yard obviously thinks very highly of this expensive purchase who certainly has the makings of a graded horse.

Lot 17 - DEPLOY THE GETAWAY catalogued in next Thursday's Sale the 20 length debut winner of his Maiden @irishp2p for @MonbegStables pic.twitter.com/7fYzxdoYfY

Ballyadam's debut under rules at Navan didn't go to plan as he was very keen and the ground didn't suit. This £330,000 purchase made up for this disappointment on his 2nd start at Downpatrick on better ground trouncing the field by 18 lengths. He travelled with ease and cruised clear from the two-furlong pole. Post-race, Jamie Codd said that Ballyadam could be the best horse he’s ever ridden which is high praise indeed from the Wexford man.

Ballyadam is a high-class individual who will be looking to start off his hurdling career over a minimum trip with a view to stepping up in trip. The Ballymore will likely be his likely Cheltenham target for this son of Fame And Glory.

Another Fame and Glory, Uhtred in the hands of Joseph O'Brien is a horse who can certainly make a big impact at graded level this season. He started out his career under rules winning a bumper the previous spring at Fairyhouse running out a very taking winner.

On his second start at Cork, he was switched to hurdles where he finished a creditable second behind stable-mate Front View. Joseph switched him back to a bumper on his final start at Navan where he quickly asserted himself 2 furlongs out and put the race to bed in swift fashion. Joseph has said this is a horse they are looking forward to this season and will start him off two miles, to begin with.

Energumene is a point, bumper, and hurdles winner. Coming from Sophie Lacey's yard he was subsequently bought by Tony Bloom and sent into training with Willie Mullins. His debut under rules at Navan in November 2019 ended in disappointment finishing 3rd behind Joshua Webb after being slightly hampered and coming home well in the final furlong.

His second start was a huge improvement when winning in Thurles. However, It was his 3rd start this time over hurdles that really showed his early potential. Racing in Gowran Park the week before Cheltenham, this son of Denham Red put on the afterburners from the final two flights and won by 19 lengths.

Energumene is 6 now and will be looking to make up for lost time after a few setbacks in the last two years. He still remains a very exciting prospect this season for Willie Mullins and could make up into an Arkle contender where he is currently best priced 40/1.

? #ExpertEye Energumene is now a point, bumper and hurdles winner following success at @GowranPark1 today and is an exciting prospect for @WillieMullinsNH

With the same sire as Annie Power in the shape of Sirocco, Shewearsitwell is a filly to keep onside this season. Her seasonal debut came at The Galway Races Festival where she put her rivals to the sword early on and won cosily by 5 lengths from Cottie and then went on to win a maiden hurdle at Sligo in August. It was under 3rd start under rules at Tipperary a few weeks ago that she really showed her class and quality.

Faced by five rivals, all but one of which was rated higher than her she raced clear up the straight and soon led before 2 out before winning cosily by 8 lengths. It was here time on the clock that day that was the most impressive where she clocked the fastest of three races on the card over 2 miles, one of which was won by Champion Hurdle hopeful and County Winning hurdler Saint Roi.

Wille post-race said, "There's a chance she could be one of our best novices." High praise from Willie Mullins who will be looking forward to the season ahead following her success in graded company.  The Royal Bond could be next with a tilt at Mares Novice at Cheltenham where she is currently best priced 7/1 behind star mare Princess Zoe.

Chasing was always going to be The Big Breakaways end game. An ex-Irish P2P graduate, he recorded a few bloodless wins in the lead up to the Cheltenham Festival. An expensive purchase from last year’s sale at the Punchestown Festival (€360,000), The Big Breakaway looked a serious prospect when winning a maiden hurdle at Chepstow and a novice at Newbury. He suffered a small setback with his festival prep meaning he had only two runs under his belt heading to Cheltenham for The Ballymore. He didn't travel at all that day and looked a bit laboured, but he still kept on for fourth behind Envoi Allen.

The Big Breakaway is a typical old fashioned 3-mile chaser and tailor-made for fences so expect him to mix in all the top novice chases this season. Colin Tizzard has not shied away from how much regard he holds this horse in and he is expected to run in a fortnight or three weeks’ time. The RSA is likely to be his festival target where he is best priced 25/1 for the showpiece event in March.

Awesome prospect! The Big Breakaway, bought for €360,000 after his point win, absolutely bolts up on hurdles debut for @Robbie_Power_ and @colintizzard at @Chepstow_Racing pic.twitter.com/fWAFZvzeLq

Diol Ker is a horse for Noel Meade who could dine at the top table this year. In Fairyhouse on debut, he was fifth behind Envoi Allen in a bumper, while on his second start over hurdles at Leopardstown he was well clear before the last flight only to stumble over it and finish 3rd. He had another run over hurdles at Navan where he finished second. Noel Meade gave him a long break and it seemed to do the trick. In his last start under rules, he beat subsequent Albert Bartlett winner Monkfish by 7 lengths at Fairyhouse. He powered clear after the last and put the race to bed. His trainer Noel Meade said after the race "if you wanted to paint a horse to make a chaser you'd paint him". A former P2P horse for Pat Doyle, his future lies over fences and he could make up into a serious RSA or National Hunt Chase contender this year for Gigginstown. He is declared to run in a 2m 6f Chase in Galway this Sunday. 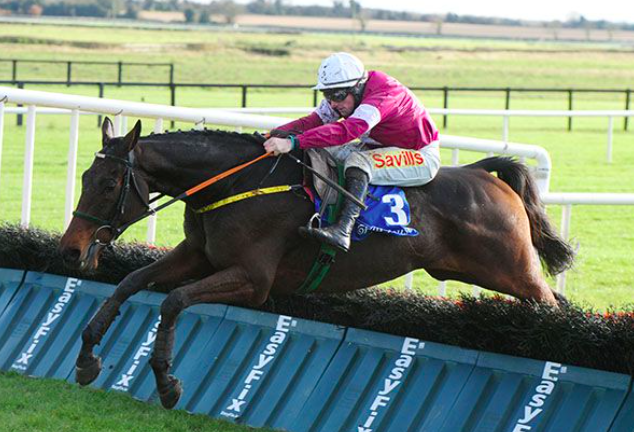 Another expensive Cheveley Park purchase who is currently fav for The Champion Bumper. Sir Gerhard is a horse who could follow in the footsteps of Envoi Allen and Ferny Hollow by winning the Cheltenham Bumper and give his owners a third straight win in the race. Impressive when he won his Point-to-point last November in Boulta winning by 12 lengths, he showed a serious turn of the foot quickly accelerating away at the third last and had the race in the bag 2 out. Following his impressive win, he went through the ring at Cheltenham the following month where he fetched £400,000. Jamie Codd is a big fan of this son of Jeremy and we could see the two team up next week where Sir Gerhard is entered in the Punchestown bumper this Wednesday.

Lot 22 SIR GERHARD from Coolmeen Stables certainly set the Boulta @irishp2p fixture alight with his very impressive wide-margin success. A €72,000 store, he very much lived up to that price by making much of the steady pace. View catalogue online ➡️ https://t.co/bvCvOtILxj pic.twitter.com/oM2q84ifzB

The French-bred Gars De Sceaux was one of the most impressive P2P maiden winners last season for handler Denis Murphy. With Jamie Codd on board, he won comfortably by 6 lengths keeping on well in the run-in. Previous victors of the same race include Andy Dufresne a Grade 2 winning novice hurdler, and Sporting John who still remains an exciting prospect for the season ahead. Gars De Sceaux was bought privately after the race by JP McManus and sent into training with Gordon Elliott.

Given his size and pedigree being by Saddler Maker, he is likely to need a trip in time, but he is a horse with a huge engine and is going to be a very exciting prospect in the long-term. He is likely to be kept to bumpers this season and should make an appearance soon in the famous green and yellow hoops. 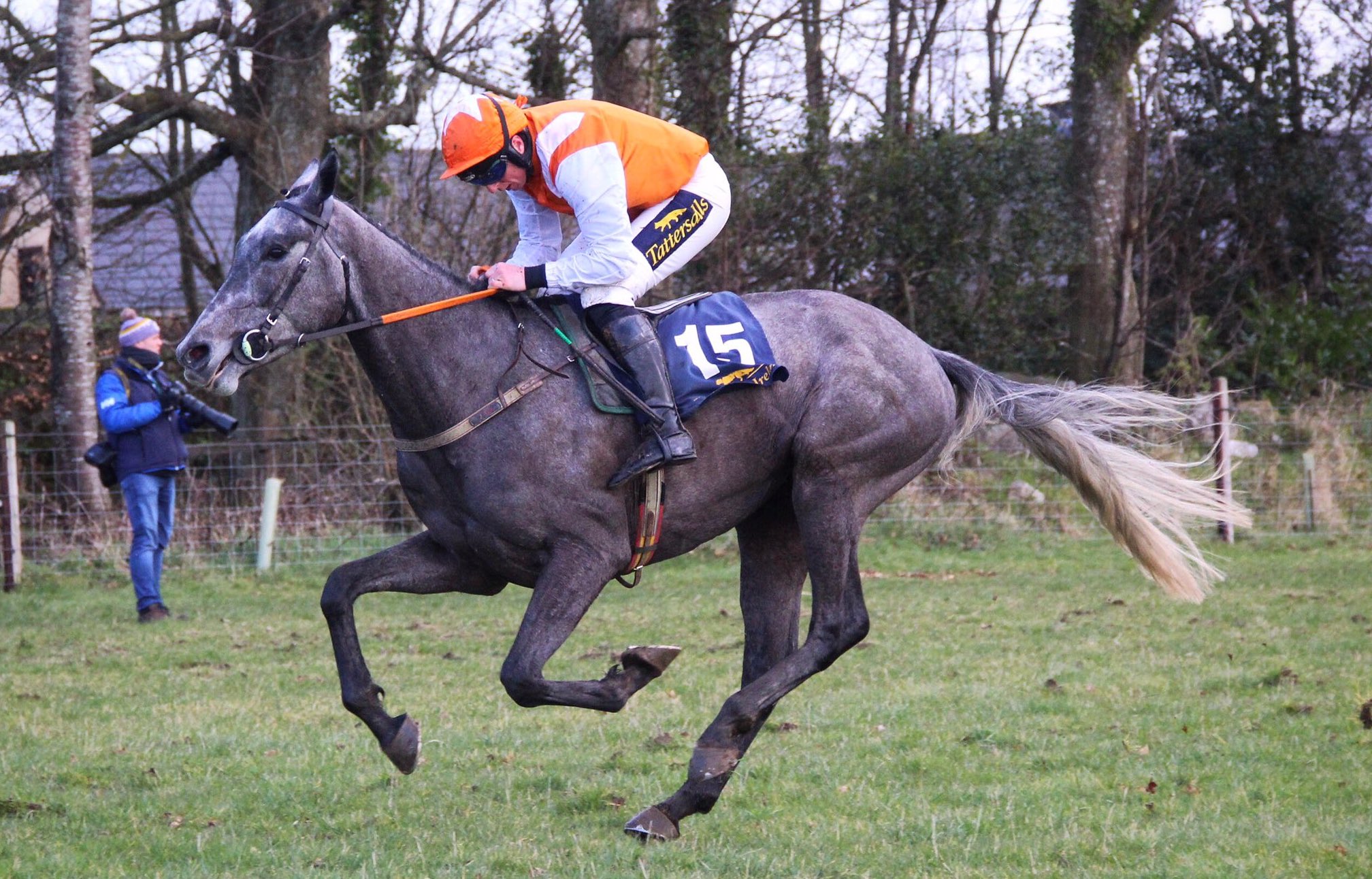 You may also like
5 months ago
Rachael Blackmore the firm favourite to win World Sport Star of the Year in stacked field
1 year ago
Everything you need to know about this year's Fairyhouse Easter Festival and Irish Grand National
1 year ago
"One in every three runners at the Cheltenham Festival is an ex-Irish Pointer" - Richard Pugh
1 year ago
"I feel it is important to provide people with some context surrounding this photo."
1 year ago
Road to glory begins here for gems of the National Hunt game
1 year ago
"I can't wait to see Jason in the Morgiana, it's a dream come true" - owner Peter Michael
Next Page