Tiger Woods had just delivered one of his lightning quick interviews he so often delivers after a tough round. Work to be done. Let me get this done and let me get back to it.

FOX Sports' Joel Klatt was trying to gee Woods up, on Saturday, before he went into his final round at Pebble Beach. Woods was level par, though, and 11 shots off leader (and eventual winner) Gary Woodland. There would be no Major No.16 at Pebble Beach. 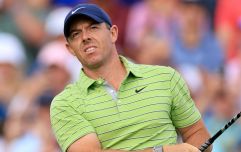 END_OF_DOCUMENT_TOKEN_TO_BE_REPLACED

Woods wrapped up his own interview, flashed a smile and was on his way.

For the opening six holes, on Sunday, he looked as though he did not want a bit of it. +4 for his round and the tournament. 'Let's go Tiger!' they still urged, but Woods - kitted out in red and black - was not so sure.

The seventh hole at Pebble - a 106-yard par three over looking the Pacific Ocean, with a huge gallery up near a bluff - has a way of refreshing golfers. No matter what the course throws at you, No.7 is a throwback to simple times. A good pitch and a good putt and you can rediscover why you love this game.

After a rough start, Tiger bounces back with a birdie at 7. #USOpen pic.twitter.com/dTtnnamgMe 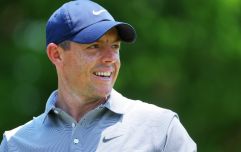 END_OF_DOCUMENT_TOKEN_TO_BE_REPLACED

That birdie sparked an impressive final 12 holes for Woods. He birdied the eighth and was back at it. He was not going to win on Sunday, but it was time to pay some back.

Four pars followed before Woods ran hot over the closing stretch, picking up four more birdies. He finished that run with a birdie on the 18th and finished -2 for the championship, and tied for 21st.

Next up for Woods may be The Open, in Portrush. The battle for the famous Claret Jug commences on Thursday, July 18 and the American has not committed to playing any tournaments beforehand. Not yet anyway.

Asked if he was playing any more before The Open, Woods' reply got a few laughs:

Asked by another reporter if 'we'll see you again soon', Woods joked that his phone does have a camera function. He might pop up a video on social media if we are starting to miss him. 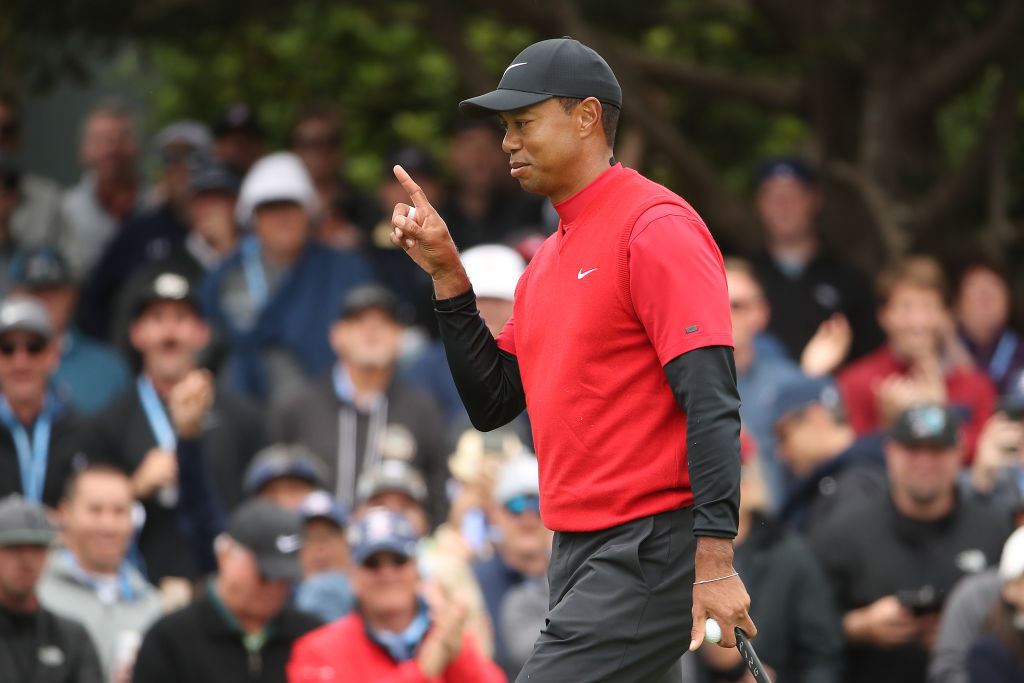 Tiger Woods soaks up a final round birdie the 2019 U.S. Open at Pebble Beach. (Photo by Christian Petersen/Getty Images)

The 43-year-old is looking forward to testing himself at another links course.  "I've only played County Down, I've never been up to Portrush, and I'm looking forward to getting up there early and taking a look at the golf course and trying to figure out.

"I was telling Tim over here that I hope that my practice rounds are such that we get different winds, especially on a golf course that I've never played, and to get a different feel how it could play for the week. And definitely have to do my homework once I get there."

Woods added, "It's just trying to wind down from the championship as well as my lifts and getting back into it. And I know that Florida will not be the same temperature as Northern Ireland. I'm not going to be practicing with any sweaters at home, but it will be nice to get to Portrush and get with it again."

Woods could arrive as early as July 13 to get settled in Antrim and get a feel for the conditions. Anyone with tickets for the practice rounds, early in the week, will love the news. The American may even consider arriving in Ireland earlier and playing a course or two.

The Irish Open is being held at Lahinch Golf Club from July 3-7 with the likes of Shane Lowry, Tommy Fleetwood Pádraig Harrington, Darren Clarke and Graeme McDowell all confirmed to take part.

Time at home with the family before thoughts will turn to getting his fourth Open win and his first since 2006.