He may have left him five off the lead but Rory McIlroy could surely never have shot as satisfying a 68 in his career.

Bed-ridden for two days with food poisoning after a dodgy Shanghai club sandwich, McIlroy dodged the Pro-am yesterday, complaining that simply swinging a club was "too sore".

So fair play to the World No3, who carded six birdies in the opening round of the WGC-HSBC Champions, with a double bogey on 15 leaving him five off first round leader Branden Grace.

Having finished level with one playing partner, Rickie Fowler, and three behind the other, Dustin Johnson, McIlroy was satisfied with his round. Particularly given his weakened state.

“I stepped on the scales, I shouldn’t have done it but I’m under 70 kilos now for the first time in a long time,” he said.

“150lbs, 68 kilos. I can’t remember the last time I was this light. I think it is more a case of rehydration now. Or a few burgers maybe, I don’t know.” 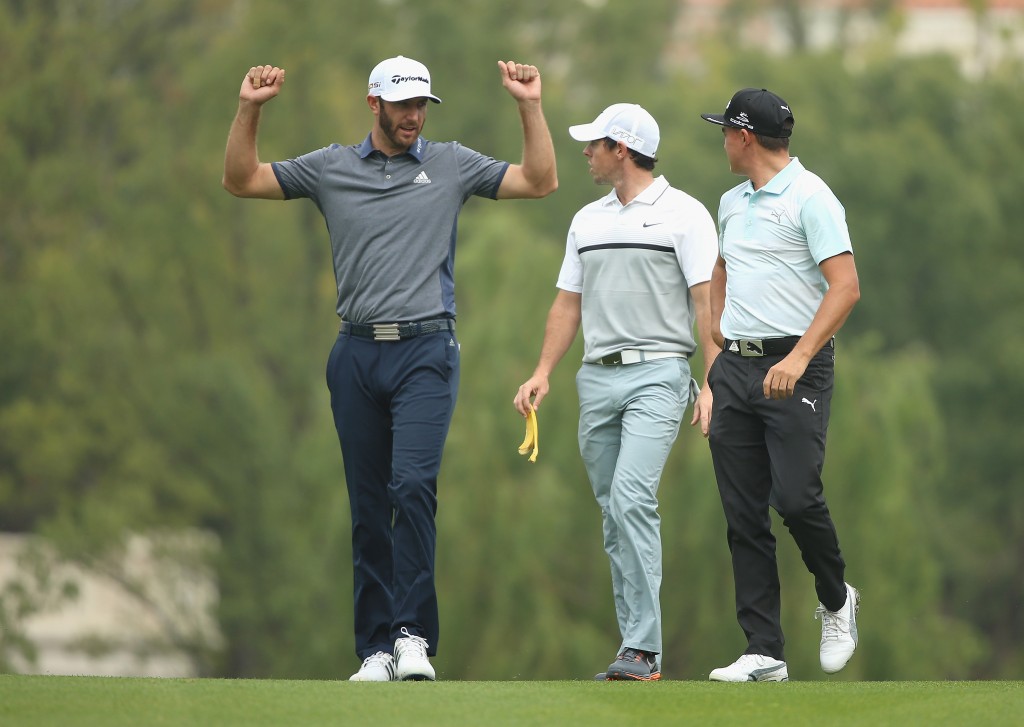 Having failed to add to his four Majors this year McIlroy has slipped behind Jordan Spieth and Jason Day in the rankings, however he expressed satisfacton with his game despite missing a chunk of the summer after rupturing ankle ligaments playing football.

“I don’t think it was my lack of game or form that kept me from winning a major,” he said. “I felt like it was there and it just didn’t quite happen. Whereas in ’13, I played crap. That was really it.

“So I’m not as frustrated as I would have been in ’13 because I know my game is at the level it needs to be to win majors. It’s just a matter of going out and doing it. The injury kept me out of at least one major and then I was still rehabbing it at the same time whenever I played in the USPGA.

“I’m motivated just like I would be motivated any other year to go out and try and play the majors well next year, and try and get another couple in the bag.”

He may not be on top of his game this year, but it seems his caddy is. If JP Fitzgerald is so good, why did he not select a better club (sandwich) for McIlroy?