No chance Lowry will be shrinking into the background.

The Offaly native was up for media duties at the Wisconsin course, earlier today, and a couple of American reporters got it twisted that he might be happy to sit back and just soak in his whole Ryder Cup rookie experience. 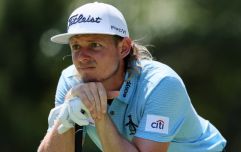 END_OF_DOCUMENT_TOKEN_TO_BE_REPLACED

Lowry is 34 but this will be his first time teeing up for Team Europe in the bi-annual competition against the best golfers from the United States. This is a moment he has long yearned for and he looked to have clinched it was back in 2019 when he won The Open at Portrush.

In the end though, in a pandemic-affected qualifying stretch, Lowry was just outside the automatic qualifying places but selected as a Captain's Pick by Padraig Harrington. Lowry made the cut, along with Ian Poulter and Sergio Garcia, while the likes of Justin Rose and Alex Noren just missed out.

Reporters at Whistling Straits picked up on Lowry's comments about making The Ryder Cup being a more cherished prize than a major win. He explained that, to be considered a true Irish golfing great, one simply needs to be involved at The Ryder Cup.

"Look," he began, "you obviously want to win majors and you want to compete at the highest level and golf for the most part is an individual sport, but as a European player, as an Irish player growing up, you've watched Ryder Cups, obviously Christy O'Connor Junior, Philip Walton, Eamonn Darcy, Rory, G-Mac, Paddy, Paul McGinley, Darren Clarke, all the great Irish players that have played the game.

"For me it was something that I really wanted to do and I felt like I had to do, do you know what I mean, if I want to be up there with those guys when you're talking about really good or great Irish golfers." 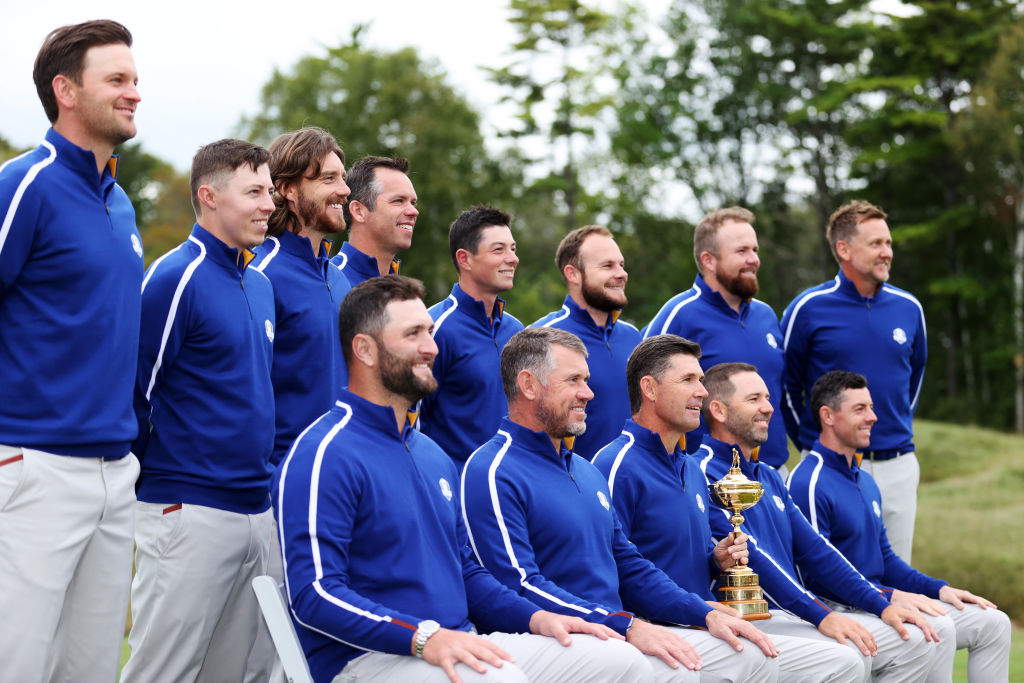 END_OF_DOCUMENT_TOKEN_TO_BE_REPLACED

The 'G-Mac' Lowry referred to, of course, is Graeme McDowell, who has twice represented Team Europe as a player and is one of 'Paddy' Harrington's vice captains.

When trying to describe just what it means to be involved in golf's top team competition, Lowry touched on some advice McDowell had given him.

"It's everything I expected and way more. Look, you know, we get into the hotel and we go down into our team room, and it's just the set-up in there and just sitting around and being a part of a group like this, it's hard to explain how special it is.

"It's kind of... I had a good chat with G-Mac the other day and he said at certain points you kind of want to stand back this week and really look at what you're doing and soak it all in, and I'm trying to do that as best I can. 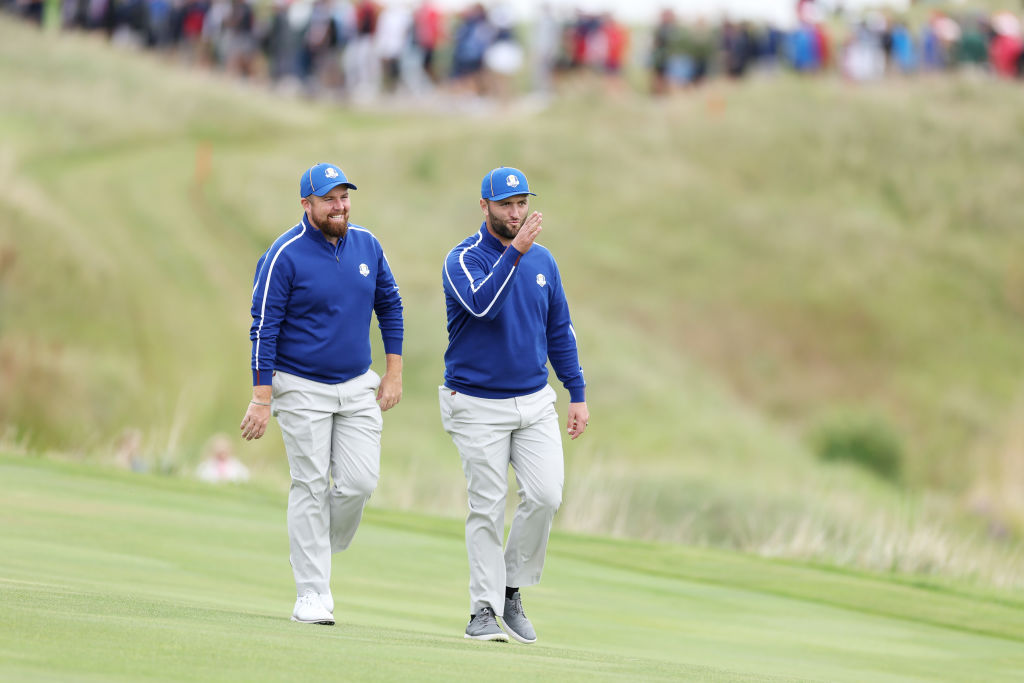 Shane Lowry and Jon Rahm were paired together during a practice round on Tuesday. (Photo by Richard Heathcote/Getty Images)
Advertisement

A couple of journalists then, in later questions, picked up on how a bubbly character like Lowry would sit back and just take in the whole occasion.

"Not sit back and stay out of the way," he corrected, "it's sit back and kind of soak in what's going on around you and then get to work.

"I do believe I'll have a big part to play in this team this week, and I do believe that I can bring a lot when it comes to it on Friday, Saturday, Sunday when push comes to shove in this tournament.

"Yeah, I don't think I meant that. I didn't mean like sit back and kind of just go about my business the way I normally do or be... I just have to be myself.

"I think I was asked about it on the Sunday evening after I got the pick what can I do this week, and I think if I just be myself this week, I think that'll be good enough. I'll just go out there and be myself and hopefully pick up some points, and like I say, hopefully win that trophy on Sunday."

Come Friday, the talking will all be over and golfing battle will commence. Lowry is determined to do whatever his team want from him.

Still, he would dearly love to be in the mix for the Friday foursomes and fourballs.


popular
Jurgen Klopp reacted like everyone else to Darwin Nunez headbutt red card
Jamie Carragher on the two Man United players Erik ten Hag can't trust
"I cannot believe how Nunez thinks he's going to get away with that!" - Jamie Carragher
"I went up to the Italians and gave them a big auld shoulder" - Paul O'Donovan does it again
Wexford, Waterford and Kilkenny down some good men as Australia calls
Carragher and Neville brutally name Man United's biggest transfer flops since 2013
Wexford Under-20 lights it up as Ferns win their first ever county title
You may also like
3 weeks ago
The complete list of LIV golfers, as more big names join up
4 weeks ago
New Open champion Cameron Smith heads seven-man list set for LIV Golf
4 weeks ago
Full Rory McIlroy interview lays it all bare about crushing Open disappointment
4 weeks ago
"You've got to go out and grab it by the you-know-whats" - Paul McGinley on Rory McIlroy's latest major miss
4 weeks ago
Rory McIlroy stuck playing it safe as Cameron Smith cuts loose to win The Open
4 weeks ago
"Pretty annoyed and pretty pissed off, to be honest" - Shane Lowry knows Open chance has gone
Next Page