Shane Lowry has put 2016 US Open collapse behind him

Offaly golfer Shane Lowry has said that he's put his 2016 US Open collapse behind him as he prepares for the 2019 tournament in Pebble Beach.

Lowry boasted a four shot lead heading into the final round at the 2016 Open in Oakmont, Pennsylvania, after opening round scores of 68-70-65 but ultimately derailed in the final round to gift Dustin Johnson his maiden major.

It was his best finish at a major tournament but after placing eighth at this year's PGA Championship in New York last month, the 32-year-old is confident he can replicate that sort of form again this week.

"Everyone asks me about Oakmont in 2016 and whether it still plays on my mind – but the answer is no, absolutely not!," Lowry wrote in his Paddy Power News column.

"Just because I had a good chance of winning a US Open back then when I led on the final day before Dustin Johnson caught me, isn’t an issue. If anything, it gives me more confidence going forward as I know I can call on it if I get myself in that position again.

"Even my three Top 10 finishes on the PGA Tour in the last couple of months has boosted my confidence.

"I don’t think I’d be playing professionally if I didn’t think I could compete against some of these lads like Rory, Brooks, DJ and Tiger. They’re in a different league when they bring their ‘A’ game and they’re very hard to beat – but that doesn’t mean I don’t feel like I can’t beat them.

"The one thing I’m very happy about this season is being in contention a few times and feeling very comfortable about it. That’s the take-out learning so far for me. I spent a lot of last week near the top of the leaderboard and before that at Harbour Town – and it felt good.

"The more time you spend there, the more familiar you get with it, the easier it becomes when it happens again." 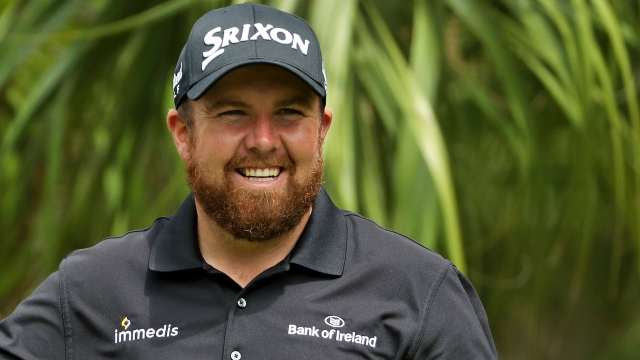 Lowry has made the cut at the tournament just three times from six attempts, with two top 10 finishes, but he insists the key is to just hang in there during play.

"For me, the US Open is an 80 per cent mental test. I know Pebble Beach well and while it’s going to be a lot different than the Pro-Am tournament in February and set up way harder – it’s all about hanging in there. It’s literally all about hanging in. No matter what happens, you just get onto the next hole and keep battling away.

"The last time the US Open was at Pebble Beach, the cut was 10 over or something mad like that. That shows you how hard it could play this week. So, it’ll be interesting. It’s an historic US Open venue and they are the ones I love. I haven’t been a big fan of the Erin Hills or the way they set up Shinnecock last year. I think this type of traditional US Open set up will be great to play."