An All-Ireland winner with Offaly some 35 years ago, Brendan Lowry was moved to tears watching his son Shane claim his first ever Major.

Shane Lowry rarely looked in bother at Royal Portrush, on Sunday, as he saw off a world-class field to win the 148th Open Championship. Lowry carded a final round of 72 to win the Claret Jug by six strokes and change his life forever.

His march to golfing glory was followed every shot and stride by his beaming father, Brendan Lowry. Down in Clara, the Lowry family was already renowned for Brendan's role in Offaly's 1982 All-Ireland victory. The town was already proud of Shane before his Open triumph but his latest feat will have most locals walking on air this week, and for many to come.

Lowry played football and hurling, growing up in Clara, but he told SportsJOE that golf took over around the age of 15. He said:

"I had a very simple childhood, football and hurling and then soccer.

"They were my sports, I used to play them all the time and then I started playing pitch and putt in Clara and that’s where I first felt a club."

Brendan and Bridget Lowry could tell their son had a knack for golf and they did all they could to support him on his journey. After lifting that Claret Jug, just off the 18th green on Sunday, the 'Champion Golfer' declared:

"To my mum and dad... they sacrificed so much for me when I was younger and I'm so happy I can hand them this trophy tonight." 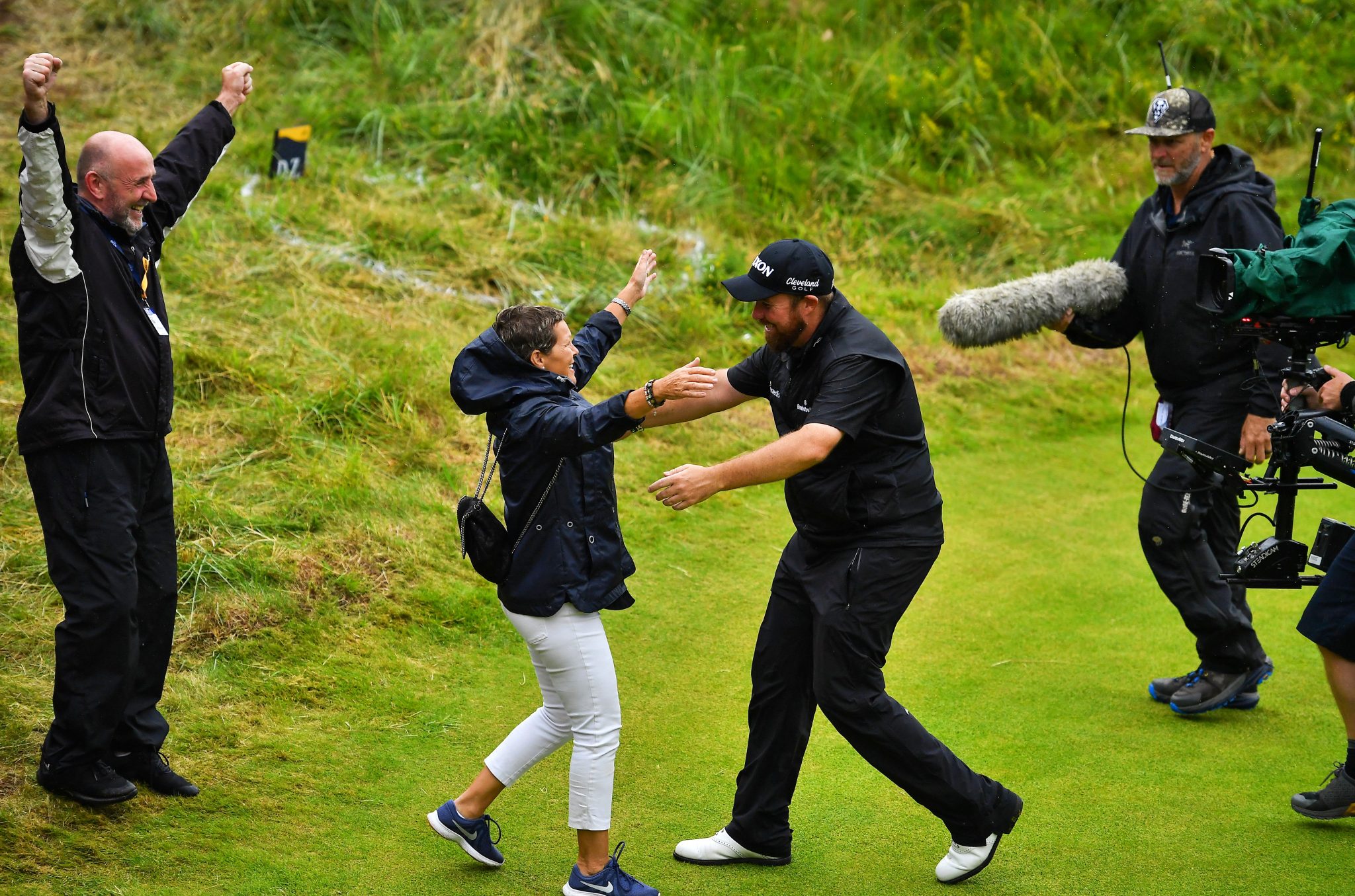 In the aftermath of his son's Open win, Sarah Mulkerrins of BBC caught up with Brendan and got his take on how the whole day felt.

"It was tough going [today] but Shane hung in there and did well... conditions were very tough but he kept grinding it out. It's unbelievable.

An All-Ireland winners' medal and a Claret Jug in the family. Some going from father and son.


popular
Gearoid Hegarty's harsh red card leads to a heated debate in The Sunday Game studio
French media rave about Caelan Doris and 'Playstation rugby' from Leinster
Liverpool and Chelsea fans go viral after bizarre FA Cup final confrontation
Austin Gleeson sent off as Seamus Harnedy stands up again with an absolute stormer
Phil Bardsley in heated tunnel exchange after controversial penalty
Somehow, we all may have underestimated Johnny Sexton
Rory Gallagher absolutely loses his mind celebrating as Derry beat Monaghan in Ulster semi-final
You may also like
4 weeks ago
Shane Lowry gets rough TV deal as he charges into RBC Heritage contention
1 month ago
Rory McIlroy gives us all reason to believe again with stunning Masters run
1 month ago
Shane Lowry's Masters challenge ends in a rush on horror Par 3
1 month ago
Shane Lowry goes in hard on 'most stupidest shot I've hit in a while' at Masters
1 month ago
Commentator's curse strikes as Shane Lowry's Masters challenge stumbles
1 month ago
Nick Faldo corrects "luck" remark as Shane Lowry makes Masters charge
Next Page