WATCH: Rory McIlroy hits two of the best shots of his life to win the Irish Open in style

The weather may have disrupted the final day of action in Straffan, but the class came to the top in the end.

Rory McIlroy claimed his first ever Irish Open crown this afternoon after two stunning approach shots sapped the confidence and energy out of the challenge of Russell Knox.

END_OF_DOCUMENT_TOKEN_TO_BE_REPLACED

The Ulsterman had enjoyed a steady day until a delay to play due to thunder just after the turn saw him suffer his first bogeys since Friday afternoon.

Knox pounced and birdied the 14th to pile the pressure on McIlroy, and followed up with a birdie at 15 to take the outright lead.

But McIlroy reacted to the pressure in style, and his second shot at 16 took the breath away as he battled back to secure a birdie.

The approach left him in a great position on the 17th as he led by one with two to play, until this happened after another incredible approach.

He lipped out but with Knox failing to take advantage, the Down native made sure with this approach to the las to leave him with a chance of an eagle.

The shot of a champion. https://t.co/7EpcJKAbWH

An eagle to finish and he completed the job at his ease.

McIlroy is donating his entire winning to the Rory McIlroy Foundation and the weekend caps the first time a home player has won the Irish Open since Shane Lowry's success in 2009. 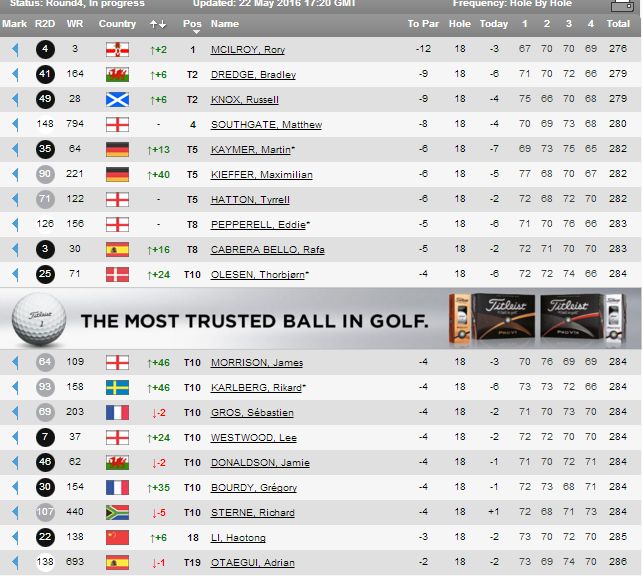