It was an emotional day for Rory McIlroy.

Not just because his Irish Open win marked the first time a home player has won the Irish Open since Shane Lowry's success in 2009, but also because of something much more important than the good walk spoiled.

The Holywood native hosted the tournament in the K Club along with his charity the Rory Foundation. McIlroy explained to Michael Gibbons that he had to fight away the tears towards the end of the day just thinking about how much good the competition did for the charity.

"It all just sort of hit me. I had a little bit of time on the green when Russell and Danny were finishing out, and I was trying to hold back the tears then. You know, golf-wise this week, it's obviously very important to me but the work that we've put into this tournament and the work that we've put into the foundation, and the people that we are going help from this week." 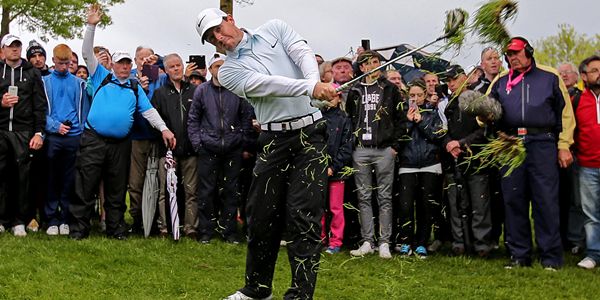 McIlroy also also revealed that he planned to donate his winnings of over €650,000 to his charity the Rory Foundation.

"I mean, we've already raised over half a million Euros going into today for the three chosen charities, and then all the winnings go towards that, as well, so we've broken the million Euro mark this week, which is absolutely incredible. I don't usually get emotional about golf or about wins, but this one, it means just a little bit more, because it's not just for myself. It's for a lot of other people. Yeah, it's a day I'll not forget for awhile."


popular
Ireland team to play Wales: Andy Farrell's XV, the big calls and bold cuts
Even Roy Keane felt Michael Dawson went too far with his remark to Tom Heaton
Roy Keane reminds everyone of his feelings towards Newcastle United ahead of cup final against Man United
Everton release brutal 59-word statement to confirm Anthony Gordon departure
Ireland's self destructive mentality kills Croke Park fight for Katie Taylor
True beauty of Fitzgibbon and Sigerson Cups lies in the hearts of weaker counties
"Every team did it!" - Paul O'Connell on Roy Keane comment to Ronan O'Gara that he couldn't deny
You may also like
2 weeks ago
Netflix reveals a host of major upcoming sports documentaries
1 month ago
Rory McIlroy explains 'falling out' with Shane Lowry that lasted a few years
3 months ago
Ian Poulter fires back after Rory McIlroy comments on Ryder Cup "betrayal"
3 months ago
Shane Lowry on his Tuesday duels with Rory McIlroy at The Bear's Club
4 months ago
Cameron Smith refuses to answer disrespectful question about Rory McIlroy
4 months ago
"You've won enough!" - Shane Lowry and Rory McIlroy embrace after Wentworth nerve-shredder
Next Page