Once that 'but' came, you knew Rory McIlroy was going to drop the hammer on Phil Mickelson.

The Saudi Arabia-backed Golf Super League looks, in the words of McIlroy, to be 'dead in the water' after Dustin Johnson and Brysaon DeChambeau became the two latest stars to insist they were sticking in the PGA Tour.

END_OF_DOCUMENT_TOKEN_TO_BE_REPLACED

With Greg Norman leading the GSL charge and the promise of multi-multi-millions to golf's elite players, PGA officials must have been bricking it when the likes of Johnson, DeChambeau, Mickelson and more left the door open to jumping tours.

Mickelson, a six-time major winner, was critical of Saudi Arabia's human rights record and a recently published biography on 'Lefty' had him suggesting the country could be using such a league as a too for 'sports-washing' money. However, he was also quoted as stating:

"They execute people over there for being gay. Knowing all of this, why would I even consider it? Because this is a once-in-a-lifetime opportunity to reshape how the PGA Tour operates."

Such comments drew ire from many in the golfing world and, following a Top 10 finish at the Genesis Invitational, Rory McIlroy addressed the Mickelson situation. 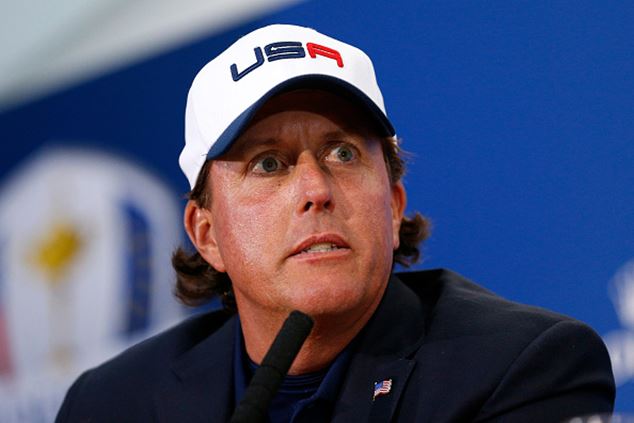 END_OF_DOCUMENT_TOKEN_TO_BE_REPLACED

Backed by the Saudi Arabia Public Investment Fund, the breakaway Golf Super League was hoping to attract the very best players in the world. It had been reported that Top 50 players were getting offered sums between $20million and $100m just to commit to a couple of years.

Johnson and DeChambeau became the latest two players to say they were sticking with the PGA Tour, following the likes of McIlroy, Justin Thomas and Jon Rahm.

On the Mickelson comments about Saudi Arabia and considering a jump to the GSL, McIlroy declared:

"I don’t want to kick someone while he’s down obviously, but I thought they were naive, selfish, egotistical, ignorant.

"[There are] a lot of words to describe that interaction he had. It was just very surprising and disappointing; sad.

"I’m sure he’s sitting at home sort of rethinking his position and where he goes from here."

END_OF_DOCUMENT_TOKEN_TO_BE_REPLACED

McIlroy accused the planners of the breakaway tour of spreading rumours to unsettle fellow golfers, to try play them off one another.

"I knew the way these guys have operated," the four-time major winner said. "It's all been smoke and mirrors... just sort of created this chaos and confusion around that group... I think it’s nice now that we all can sit down and say, look, we’re all on the same page here."