"He shouted fore. I did not heed the warning."

Rory McIlroy made a near-perfect start to The Open Championship on Thursday.

The Northern Irish golfer recorded an excellent first-round score of 66 on the Old Course at St Andrews, which left him just two shots behind the overnight leader Cameron Young.

The only blip on his day was a tee shot that accidentally injured a spectator on the course. 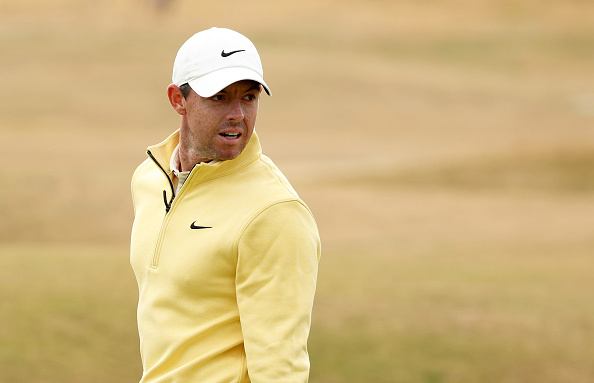 Charlie Kane, who works for the PGA Tour, was a spectator at the event and McIlroy's tee shot struck him on the knuckle.

END_OF_DOCUMENT_TOKEN_TO_BE_REPLACED

The Northern Irish golfer shouted 'fore' to warn the spectators, but Kane said he 'did not heed the warning' and attached no blame to McIlroy for his injury.

The spectator needed medical treatment and shared images of his 'fractured hand' on social media.

"He shouted fore. I did not heed the warning."

Fractured hand after Rory McIlroy’s drive landed on my knuckle.

He shouted fore. I did not heed the warning. #TheOpen pic.twitter.com/91bOwuA4mY

McIlroy reflects on his opening round at the Open Championship.

Otherwise, it was an excellent opening day for McIlroy, who was happy with his performance.

"I played well. Very solid," McIlroy said after his first round at the tournament.

"Everyone knows, on this golf course, you need to get your scores, going out, and I did that.

"Started off with a bonus on the first, so got the adrenaline going... I birdied the holes I needed to, today, and only made one mistake."

"I've always loved coming to Ireland" - Ahead of the 150th Open Championship, Tiger Woods spoke about why he loves playing golf in Ireland and his favourite courses to play.


popular
Barcelona allowed to register four new signings, but Jules Kounde misses out
"He can add something to our attacking line up" - Jamie Clarke signs for Northern Irish soccer club
Erling Haaland registers strange statistic on home debut as Mark Travers keeps the City score down
Angry Frenkie de Jong 'tells Barcelona teammates he could join Man United'
Ranking the best county GAA songs of all-time (32-1)
Antonio Conte 'banishes' four Tottenham players from first-team
"It was unfair on the Galway backs” - Tomás Ó Sé admits that Kerry benefitted from unfair rule
You may also like
3 weeks ago
Viktor Hovland made a lovely gesture to Rory McIlroy after his sublime eagle
4 weeks ago
Tiger Woods on Rory McIlroy's gesture on 18 that caused the damn to break
4 weeks ago
Rory McIlroy gets Open crowds roaring with ballsy shot on 'Road Hole'
4 weeks ago
Rory McIlroy rides adrenaline from first hole "bonus" to go low at The Open
1 month ago
Tiger Woods goes to town on LIV Golf defectors at Open press conference
1 month ago
Padraig Harrington confident on mixing with young guns at The Open after latest major triumph
Next Page