"Jeez, I know I need to go out and play really well tomorrow and then I need to pray for a bit of wind in the afternoon."

For nine holes, during his third round at The Open, it was going as planned for Rory McIlroy.

Realistically starting too far back on a stacked leaderboard, McIlroy was facing questions, on Friday, about another Major that got away. His first and second rounds had been a mix of the miraculous and ordinary, but very little momentum.

After signing for a second straight even-par round of 70, McIlroy was asked if he was harming his cause, potentially, by trying too hard. His response was an interesting one:

"Not at all. I've got four of them [Majors]. Jeez, look, I've got... I'm the luckiest guy in the world. I get to do what I love for a living. I have a beautiful family. My life is absolutely perfect at the minute.

"I want for nothing, so it's not a case of trying too hard, for sure."

END_OF_DOCUMENT_TOKEN_TO_BE_REPLACED

Heading out for the third round of the year's final Major, McIlroy was hoping to go low, just to put himself within touching distance going into day four. There was a bogey on the 5th but was otherwise exquisite from the Holywood native.

The four-time Major winner went through the turn in only 31 strokes to get to -4.

Rory on the move🔥

Another birdie for @McIlroyRory takes him to -2🐦

He was still seven behind overnight leader Louis Oosthuizen, who had yet to tee off, but picking up another few shots on the way home would get him in the picture.

From the 11th hole on, though, the wheels started to come off. McIlroy found a bunker with his approach to the 11th and even though his next shot was superb, he managed to completely miss the hole with his par attempt. 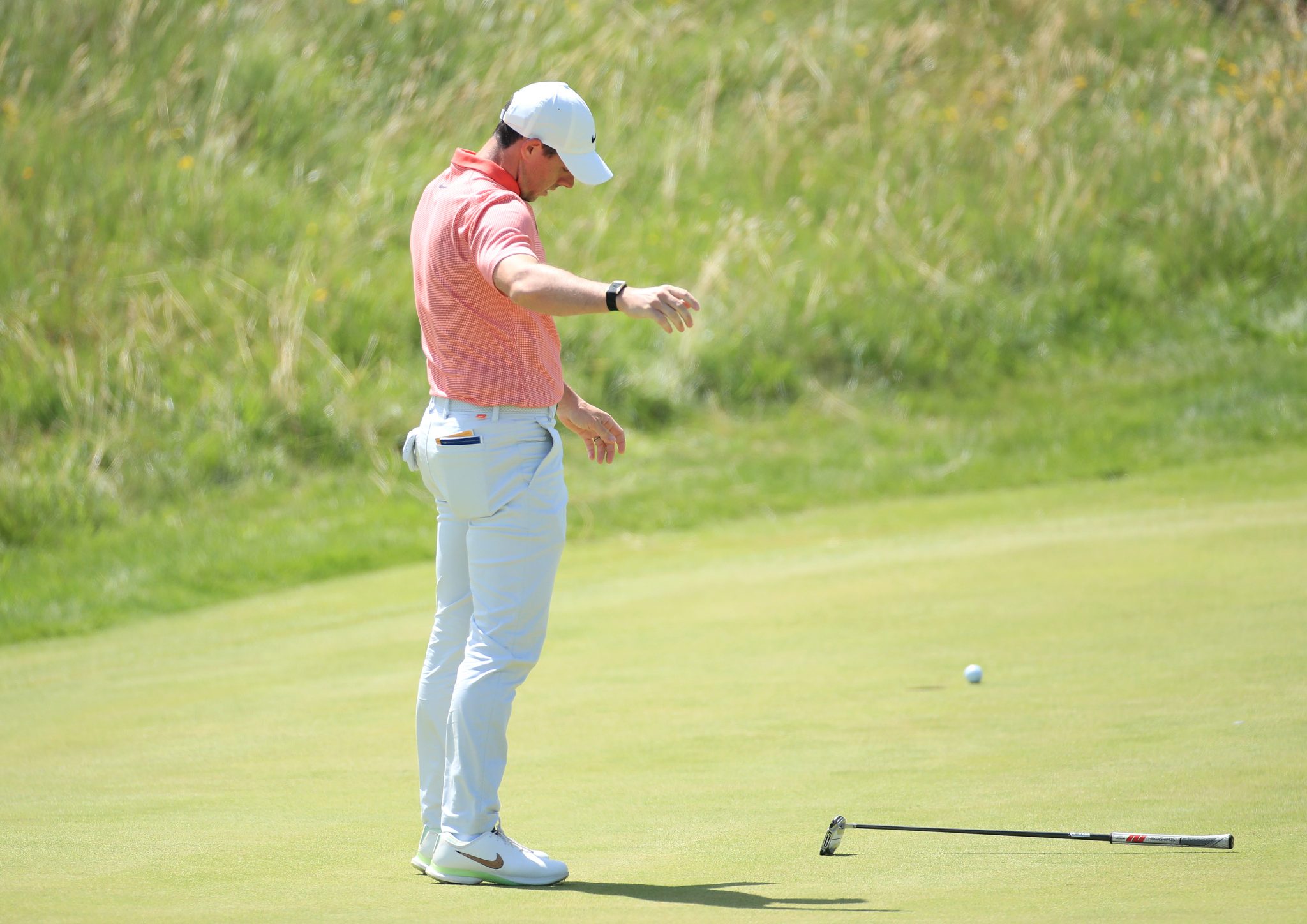 Rory McIlroy drops his putter after a missed effort on the 8th. (Credit: Getty Images)

There followed another bogey on the 13th and, two holes later, the nail was officially walloped into his latest quest for a fifth Major.

He somehow made a par on 14 after a wayward tee shot that saw him throw his club in frustration:

📺 Watch the third round live on Sky Sports #TheOpen pic.twitter.com/b05b67T2Qm 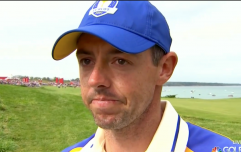 END_OF_DOCUMENT_TOKEN_TO_BE_REPLACED

McIlroy's approach to the green was a little shy and rolled back down a hollow. His third shot was putted up the sloping apron and gave him a five-foot par attempt. That shaved the hole but did not drop.

As McIlroy walked off the green, he could only muster a rueful grin. There was a slump in the shoulders and a small shake of the head. It was not to be.

He parred his way home from there and walked off the 18th after a 69 for a three-round total of -1. Oosthuizen had not even teed off. It will be the same again on Sunday. McIlroy will be well finished when The Claret Jug's destination is being decided.

As for that wind in the later afternoon, for the leaders, the forecast was for the opposite. The wind was predicted to drop off to 3-4 mph from 6pm on, so the likes of Oosthuizen and Colin Morikawa could put some distance between themselves and the chasing pack.


popular
Alex Ferguson wrote Mickey Harte a letter - ex Tyrone boss reveals in new memoir
"There are clubs in every county that you just know - they like fighting." - Fighting passes on through the generations
"I'll go back running the roads now and make sure my body doesn't get lazy"
GAA at its best as Bellaghy players run into team-mate who buried his father that morning
“How it finished was not the way I would have chosen" - Mickey Harte reveals how his time with Tyrone came to an end
New footage shows exactly what Deontay Wilder said to Tyson Fury after trilogy fight
Somehow Pat Spillane's 1981 cruciate rehab routine hasn't survived the test of time