You can see how much it means to the guy.

Rory McIlroy was called everything under the sun in the past few days at Whistling Straits. Those words, commentary from outside the ropes and his own performances cut him deep.

The former world number one's poor form in foursomes and four-ball matches, on Friday and Saturday, were a big factor in Team USA taking control of the Ryder Cup.

END_OF_DOCUMENT_TOKEN_TO_BE_REPLACED

Teamed up with Ian Poulter (twice) and Shane Lowry, McIlroy was on the losing side in his three team outings - 5&3, 4&3 and 4&3. He just couldn't find that old mojo for Team Europe.

Padraig Harrington, his captain, put him out first in the Sunday singles and he got off to a flyer. Facing Olympic champion Xander Schauffele, the Holywood native got off to a great start.

The putting game that deserted him over the first two days was much better, and the rest of his game picked up too. He got out to an early lead, going 2-Up after four holes, and never looked back. 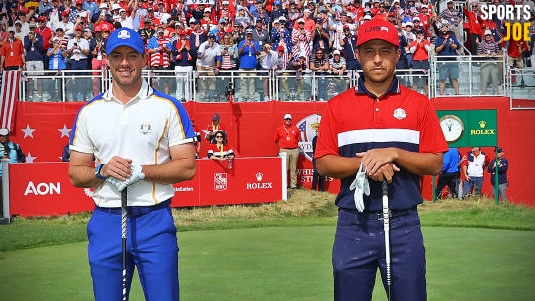 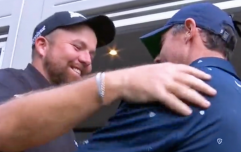 END_OF_DOCUMENT_TOKEN_TO_BE_REPLACED

Schauffele never threw in the towel and took the game to the 16th hole, but a McIlroy birdie sealed a 3&2 win that put a much-needed point on the board for Europe. Following his victory, which looks to be in vain, in an overall context, McIlroy delivered an emotional interview with Sky Sports/NBC.

"I love being part of this team," he began.

"I love my team-mates so much and I should have done more for them this week. I am glad I got a point on the board for Europe today but I just can't wait to get another shot at this.

"It is by far the best experience in golf and I hope the boys and girls watching this today aspire to play in this and the Solheim Cup because there is nothing better than being part of a team especially with the bond we have in Europe.

"No matter what happens after this I am proud of every single one of those players and our captain and vice captains I just which I could have done a little more. I am glad I got a point on the board but it has been a tough week." 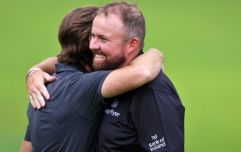 END_OF_DOCUMENT_TOKEN_TO_BE_REPLACED

A tough watch for a guy that was struggling to find his form of old, and has been doing so for the past few years.

A must-watch, too, for all those naysayers that claim McIlroy doesn't care enough. He does. It's just that he's a man battling to get back to the player he used to be.

As it all turned out, McIlroy's point was not enough to prevent a record-breaking Team Europe loss in the modern Ryder Cup era. Ian Poulter and Lee Westwood won too, while Tommy Fleetwood got a half, but the Americans won 19-9.